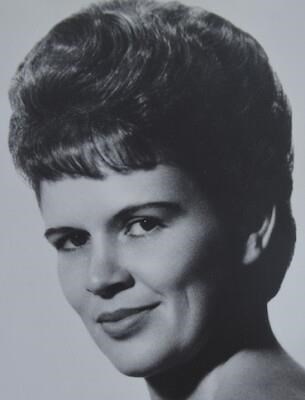 She was a native of Hopkins County KY and a 1950 graduate of Madisonville High School. She married Ted in 1954. She and Ted enjoyed living in several coastal cities during his Air Force service and also in Lexington KY while Ted was obtaining his engineering degree at the University of Kentucky. They returned home to Madisonville in 1960, and she lived in the same home they bought a year later for almost sixty years. While her sons were growing-up, Faye was very active in the local PTA's and the Youth Center, where she was part of the "Blonde-Brownie Brigade". Finding her 1963 Cub Scout den mother card still in her wallet brought a smile during this sad time. After her sons left home, she was employed at State Farm (Cheek) Insurance and was fond of working with who she considered extended family. She was a member of Beta Sigma Phi sorority and the Kentucky Homemakers Extension Club, both of which she hosted many times at her home.

Faye loved a "sun and water" lifestyle, either at home by her backyard pool (hand-built by husband Ted and sons in the 60's) or at the beach. She would spend several fall and winter months each year at Panama City Beach, FL, where she made many lifelong friends. Most of all, she loved the family gatherings she hosted without fail four to six times a year. Even though in later years she suffered from failing eyesight and painful spinal degeneration, she always maintained a positive indomitable attitude. Labor Day 2020, just a few days before she passed way, saw the pool still sparkling and her once again actively hosting family, undoubtedly planning their next gathering..

No services are currently planned. In lieu of flowers or donations, Faye would like you to respect and treat others as she always did throughout life.

Sympathy wishes may be expressed at www.titzerfuneralhomes.com


Published by Courier Press on Sep. 20, 2020.
To plant trees in memory, please visit the Sympathy Store.
MEMORIAL EVENTS
To offer your sympathy during this difficult time, you can now have memorial trees planted in a National Forest in memory of your loved one.
Funeral services provided by:
Titzer Family Funeral Homes - Evansville
MAKE A DONATION
MEMORIES & CONDOLENCES
Sponsored by Titzer Family Funeral Homes - Evansville.
0 Entries
Be the first to post a memory or condolences.