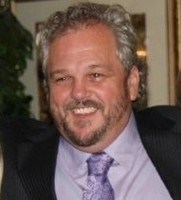 BORN
1958
DIED
2019
FUNERAL HOME
Smith Funeral Home
135 Broad Street
Milford, CT
Clifford R. Lydiksen, Jr.
Clifford R. Lydiksen, Jr., age 61 of Milford, passed away August 26, 2019 at Connecticut Hospice, Branford. Clifford was born in Willimantic, April 6, 1958, son of the late Clifford R. Lydiksen, Sr., and Mary Lou Crocco. He was a hardworking man who worked as a machinist for Metro North Railroad and also worked as operations supervisor at Webster Bank Arena of Bridgeport where he enjoyed driving a Zamboni and was affectionately known as, "Ice Man". He was an avid Miami Dolphins, New York Yankees, and the New York Islanders fan. Left to cherish his memory are his wife of 35 years Jean Marie Fedak Lydiksen, his children Jena, Corey, Cali, and Colin Lydiksen, his grandson Jackson Pellecchia, his siblings Doreen Wallace (John), Cindy Volpe, and Lenny Lydiksen, his mother-in-law Martha Fedak, his sister-in-law Mary Ann Roscoe, and his brother-in-law Michael Fedak, and several aunts, uncles, nieces, nephews, cousins, and many friends. Besides his parents, he was predeceased by his brother Patrick Lydiksen and brother-in-law Jack Roscoe. Calling hours will be held Thursday, August 29, 2019 from 4pm to 8pm at Smith Funeral Home, 135 Broad St., Milford. A Mass of Christian Burial will be held Friday, August 30, 2019 at 10:30 a.m. at St. Mary Church (Precious Blood Parish), 70 Gulf St., Milford. Interment will be private. In lieu of flowers, memorial contributions may be made to the American Liver Foundation at liverfoundation.org. To leave condolences or for directions, please visit www.georgejsmithandson.com

Published by Connecticut Post on Aug. 26, 2019.
To plant trees in memory, please visit the Sympathy Store.
MEMORIAL EVENTS
Aug
29
Calling hours
4:00p.m. - 8:00p.m.
Smith Funeral Home
135 Broad Street, Milford, CT
Aug
30
Mass of Christian Burial
10:30a.m.
St. Mary Church (Precious Blood Parish)
70 Gulf St., Milford, CT
Funeral services provided by:
Smith Funeral Home
MAKE A DONATION
MEMORIES & CONDOLENCES
Sponsored by Smith Funeral Home.
15 Entries
Sad to hear about the passing of Cliff. We knew him from the Arena as we sit in section 109 and would always wave as he drove the Zamboni around the ice. Sending our deepest sympathies to his entire family.
Debbie and Ray Lietuvninkas
September 10, 2019
My sympathy for the loved ones of Cliff. He was a genuinely good and honest man. I knew him in high school and became friends through Tom. My thoughts and prayers are with you.
Teresa Adams
September 10, 2019
Lydiksen Family,
I'm very sorry for your loss. Cliff and I worked together at Arena at Harbor Yard and he was one of the best colleagues you could ever have. A legend in our industry who was the hardest working guy I've ever known. He often spoke about his family and it was always with such pride and endearment. Cliff will certainly be missed. My condolences to all of you.
Jim Salamenta
August 31, 2019
My deepest sympathies to Cliffs family.I was out of town and just found out.I worked with Cliff at MNRR.He is a great guy,we had many conversations about family and of course hockey,he'll be missed.God Bless
Peter Lombardozzi
Peter Lombardozzi
August 31, 2019
Dear Jean Marie, Jena, Corey, Cali, and Colin, and little Jack & Family! You are so blessed to have had such a wonderful husband, father, brother, friend and son! I will always remember him as he was in this picture, happy,healthy, smiling, hardworking, kind...just a good person and family man! He's with the Lord and not sick anymore. I hope that brings you a little comfort through a very sad time. He leaves a very strong legacy behind and he will never be forgotten! We will miss you Cliff! With our deepest sympathy,
John, Cara, Joseph and Dominick Fedak
August 29, 2019
Jean & family:

I am truly sorry for your loss. Cliff will be missed and he will never be forgotten.

Gone from our sight, but never from our hearts
Dana ~ Arena at Harbor Yard
August 29, 2019
Jean and family.

I am so sorry for your loss. You all are in my prayers and thoughts.
Sue Cascella
August 28, 2019
To all of the Lydiksen family,

Please accept our family's solemn condolences as you sustain the death of your Husband and Dad. Although I have never had the pleasure of meeting Cliff, Rosie spoke very kindly of him and loved him in her own special way. She shares her tears with all of you.

It has been several rough years for all of you, watching Cliff battle his illnesses. Please don't neglect your own emotional, physical, and spiritual health and remember that we are always here for you whenever you are in need.
The Lakic Family
August 28, 2019 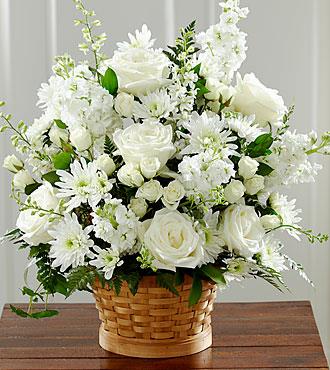 Matthew Yale
August 28, 2019
Cliff
Where do I begin? You and Jean have been such a huge part of my life from the day we met I knew we would be best friends to the end - we worked together at AFF, were in your wedding and Jean and I had our first child around the same time the memories are endless-in the past few years know you were sick but you hung on for 10 years knowing how much love was around you from your wife and children, family and friends - may you Rest In Peace with no more pain or suffering again knowing that all left behind will never forget you for your love your personality your laugh but most or all your smile - till we meet again,

Love, Lorrie - Joseph and Nick DeAngelis
Lorrie DeAngelis
August 27, 2019
My cousin Cliff,
A greatly loved and respected man. A hard worker, a quiet man, a friend to all. I hope someday to develop your ability in knowing when to wisely smile turn and walk away.
Remember summer days and fruit trees.
God Bless You
BC
August 27, 2019
. We were saddened to hear that Cliff had passed away . He was a wonderful person and will be sadly miss. We are keeping his family in our thought and prayers .
Our deepest sympathy ,