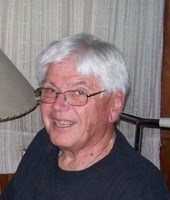 FUNERAL HOME
Edmund W Dougiello Funeral Home
36 S Pine Creek Rd
Fairfield, CT
Frank Cieplinski Jr.
Frank E. Cieplinski, Jr., 88, devoted husband of Barbara Matis Cieplinski, died Wednesday, September 15, 2021 at his home at Sturges Ridge in Fairfield. He was the son of the late Frank E. Cieplinski, Sr., and Mary M. Sobasko and was a lifelong resident of Southport. Frank retired from Perkin Elmer after 31 years of employment. He was a veteran of the United States Army having served in the Korean War, and was a member of American Legion Post 74. For many decades Frank was an active member of St. Anthony of Padua Parish in Fairfield serving as trustee, Chairman of the Finance Council and as a Eucharistic Minister among many other volunteer duties. He was a recipient of the St. Augustine Medal from the Diocese of Bridgeport. Frank was a longtime member of the Southport Volunteer Fire Department and an avid Polka Dancer. In his spare time he also enjoyed gardening, spending time with his grandchildren and relaxing in Southold, NY during the summertime. In addition to Barbara, his loving wife of 61 years, Frank is survived by his sons Frank M. Cieplinski of Southport and John A. Cieplinski of Fairfield, daughters Lori Mediate and her husband Patrick of Fairfield and Barbara Voytas and her husband Robert of Southport, and grandchildren Colin Mediate, Justin Voytas and Ryan Voytas. Frank was also predeceased by his brother Edward Cieplinski. A Mass of Christian Burial will be celebrated on Monday at 10 a.m. in St. Anthony of Padua Church in Fairfield. Due to ongoing Covid concerns, burial with military honors will be private. Friends may call on Sunday from noon to 3 p.m. at the FAIRFIELD FUNERAL HOME of EDMUND W. DOUGIELLO, 36 South Pine Creek Road.
Contributions may be made in Frank's memory to St. Anthony Parish, 149 South Pine Creek Road, Fairfield, CT, 06824.
Published by Connecticut Post on Sep. 16, 2021.
To plant trees in memory, please visit the Sympathy Store.
MEMORIAL EVENTS
Sep
19
Calling hours
12:00p.m. - 3:00p.m.
Edmund W Dougiello Funeral Home
36 S Pine Creek Rd, Fairfield, CT
Sep
20
Mass of Christian Burial
10:00a.m.
St. Anthony of Padua Church
Fairfield, CT
Funeral services provided by:
Edmund W Dougiello Funeral Home
MAKE A DONATION
MEMORIES & CONDOLENCES
Sponsored by Edmund W Dougiello Funeral Home.
7 Entries
To Frankie M and the Cieplinski family, I am so sorry to hear of Frank´s passing, which I just learned about today. I shared so many activities with Frank at Perkin-Elmer and many lunches together after retirement. He was first class and I was proud to have known him and worked with him. God bless his soul.
John DeLeonardo
Work
October 27, 2021
To the Cieplinski Family, my deepest condolences. I worked at P-E for over 20 years, and knew Frank´s son, Frank, while I was there.
Diane Heaphy McClure
Work
September 21, 2021
Lori and Barbara, please accept my condolences. Chip and I were weekday mass friends, very nice warm hearted gentleman, we shared some good laughs. I am truly sorry that I will not be able to attend his funeral mass. Thinking of you. Goodbye Chip.
Fausta Egan
Other
September 19, 2021
Once again my heartfelt condolences on the loss of your "CHIP" Just a thought...As you go thru life and you encounter a difficult situation that could go either way....just say "I wonder what would "CHIP" would do...... and to be sure it will come to be a success. Love you all. RIP my friend!!
JOE MILONE
September 18, 2021
So very sorry to hear of Frank´s passing. We are unable to attend services, but send our love and prayers to your family. We shared many good times with you, Barbara...Perkin Elmer was a wonderful company and Ed and Frank truly enjoyed and respected each other. We were lucky to have those years and memories. May God bless you and heal your broken hearts.
Edward and Diane Piorkowski
Work
September 18, 2021 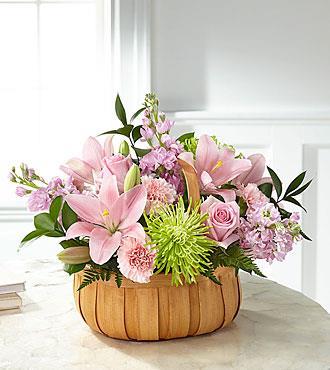 Norrathian Council of Guilds
September 16, 2021
Lisa and I are very sorry for your families loss. Our thoughts are with all of you during this difficult time. Mr. C was a class act and a true gentleman.
Scott Bisson
Other
September 16, 2021
Showing 1 - 7 of 7 results