FUNERAL HOME
Abraham L. Green & Son Funeral Home
88 Beach Road
Fairfield, CT
Bass, Irving Stanley
Irving Stanley Bass, age 92, passed away on February 4, 2013 in Delray Beach, FL. Born in Roxbury, MA and served in the US Army during World War II. He attended University of North Carolina, Yale University and Boston University at the latter of which he received his bachelor and master's degree. After graduation he taught high school history for three years, in Stratford, CT. Although he retired from teaching his interest in public school education remained strong and was elected to serve a term on the Board of Education in Bridgeport. He then entered the insurance business, during which he built a highly successful Insurance practice in Connecticut with Homelife Insurance. In the mid 1960's he started Frigitronic's Cryosurgical Instruments Inc. A company that specialized in cryosurgical instrumentation, and later was a major manufacturer and marketer of contact lenses. In retired life Irving enjoyed golfing and playing cards with family and friends. Irving's surviving family includes his beloved wife Adeline Bass of 72 years, 3 children 2 sons Craig and Craig's wife Katherine and Mark. His 4 grandchildren are David Petrino, Richard Z Bass, Richard J Bass, Jillian Bass wife of RJ and Michael W Patrone, 3 great grandchildren are Francesca Petrino, Lynne Bass and Jacob Bass. Irving also has a surviving brother Herbert J. Bass. Irving and Adeline had a daughter Lynne Bass Patrone who passed away on July 11, 1994. Services will be held at 11:00 AM February 7, 2013 at the Abraham L. Green and Son Funeral Home at 88 Beach Road, Fairfield, CT 06824 with internment following at Loyalty Cemetery on Burroughs Road in Fairfield.

Published by Connecticut Post on Feb. 6, 2013.
To plant trees in memory, please visit the Sympathy Store.
MEMORIAL EVENTS
To offer your sympathy during this difficult time, you can now have memorial trees planted in a National Forest in memory of your loved one.
Funeral services provided by:
Abraham L. Green & Son Funeral Home
MAKE A DONATION
MEMORIES & CONDOLENCES
9 Entries
Cousin Adeline,
We are so sorry to hear of the passing of Irving. Take care and be well.

Love,
Cousin Sandy & Bradley
Cousin Sandy
March 8, 2013
Adeline and family,although we only saw you and Irv infrequently we are saddended by your loss. We shall miss him very much,
Cousins, Burt and Natalie Kramer
March 5, 2013
Sending our heartfelt condolences to the Bass family. So sorry for your loss. You are all in our thoughts and prayers.
Love,
Rick and Helle Schless
Rick Schless
February 9, 2013
Craig: I was so surprised and happy that you remembered me yesterday at the service. I worked for your dad for 16 years and don't know if I've ever met anyone more brilliant. Sorry I didn't see Mark. Love to your mom and I hope she feels better. She and your dad attended my oldest son's wedding. Coincidentally, he died one month after Lynn (which I didn't know until I read the obit). My condolences to you all.
Dolores DeGennaro-Rose
February 8, 2013 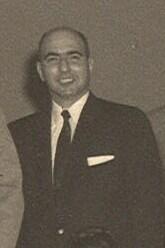 I will miss Uncle Irving very much. I am extremely saddened by this news. All of our prayers and thoughts and love are with you. -
Max Rosenberg
February 6, 2013
So sorry to hear about your grandfather Rj, Mike Jillian and Lynn. You guys are in our prays.

Joe, January , and Dominick Visconti
February 6, 2013
my sincere condolences.
bernard gladstein
February 6, 2013
Sending big hugs to RJ, Jill, Lynne and Mike. So sorry for your loss.
xo
The Hasiotis Family
February 6, 2013
Our prayers and thoughts go out to the Bass family during this difficult time. May the love of friends and family carry you through your grief.
Tom & Laura Patrone
February 6, 2013
Showing 1 - 9 of 9 results