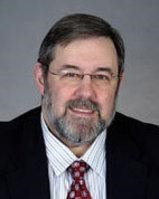 FUNERAL HOME
Abraham L. Green & Son Funeral Home
88 Beach Road
Fairfield, CT
Elliot, Jonathan
Jonathan Elliot, age 59, of Monroe, CT, passed away at his home on February 23, 2015. Mr. Elliot was born in Bronx, NY, grew up in East Northport, NY, and was a son of the late Sye and Norma Elliot. Jonathan completed his undergraduate studies at Yale University, where he was a member of the a cappella group, The Duke's Men of Yale. He received his J.D. from the University of Michigan and was a practicing attorney for 35 years, currently a partner at the law firm, Zeldes, Needle and Cooper in Bridgeport, CT. He was admitted to practice before various Connecticut and Federal courts including the U.S. Court of Appeals, Second Circuit, and the U.S. Supreme Court. Jonathan was known to all by his thoughtfulness, integrity and wisdom. Mr. Elliot is survived by his beloved wife, Cheryl, by his cherished daughters Shana and Jessica, by his devoted brothers Jason and Perry, along with Perry's wife Maribeth, their two sons Matthew and Benjamin, and many other close family members.
Services will take place on Thursday, February 26, 2015, at 11:00 a.m. at the Abraham L. Green and Son Funeral Home, 88 Beach Road, Fairfield, with interment following at the B'nai Torah Cemetery, 250 Reid Street, Fairfield. Shiva will be observed on Thursday evening at 7:00 pm at the family home. Memorial contributions may be made to the American Heart Association or the American Diabetes Association.

Published by Connecticut Post on Feb. 25, 2015.
To plant trees in memory, please visit the Sympathy Store.
MEMORIAL EVENTS
To offer your sympathy during this difficult time, you can now have memorial trees planted in a National Forest in memory of your loved one.
Funeral services provided by:
Abraham L. Green & Son Funeral Home
MAKE A DONATION
Please consider a donation as requested by the family.
MEMORIES & CONDOLENCES
16 Entries
I am so sorry to hear that Jon is gone. He was a great attorney and a wonderful man. I'm glad to have known him. Please accept my sincere condolences.
Elizabeth Melton
March 2, 2015
May your memories of the wonderful times you shared with your loved one comfort you and your family, today and always.
American Heart Association
February 27, 2015
Our condolences to Cheryl, Shana, Jessica and the rest of the family on Jon's untimely passing. We are so sorry we can't be there.

I met Jon the first day at Michigan Law in 1977. We shared a "suite" (if you could call it that) in the Law Quad the first year, and then became part of a group of seven of the most wonderful folk you could ever know renting a house on Church Street for our second and third years. We all will cherish those memories forever.

From the Law Quad snow game in January 1978 to comparing Kamisar to Israel and listening to stories about JJ White, from watching nerf basketball games (that often resembled wrestling matches) in the house to nightly cooking and cleaning shifts, from watching early SNL episodes to NFL football on very small TV screens, everybody enjoyed being in Jon's company. His humor, calm demeanor, even-tempered nature, ability to spin a story or joke, smarts, and just incredible "niceness" (despite being from NY) made him a great friend and a pleasure to be with. And could he sing -- his legacy as one of the founders of the Headnotes has not been forgotten (as we discovered during our house reunion in Ann Arbor in 2012).

Jon never permitted the "corporate" nature of Michigan Law to take from him that niceness nor his desire to practice in an area where he could really help people. While my contacts with Jon and his family have been more limited over the years, particularly since we moved back to Chicago, we saw in September 2012 that he was still the same wonderful guy he'd been in Law School.

If you're lucky in life, you meet a few people like Jon. If you're really lucky, they become your friends. I speak for my family and (I'm sure) our Michigan Law house when I say we were truly fortunate to have been Jon's friends.

May his memory remain for a blessing.
Marc Bassewitz
February 26, 2015
I'm sorry to hear of Jonathan's passing. I remember him as such a kind and compassionate person. Though I haven't been in contact with Jonathan since school days, but it was lovely to see from his picture that his kind eyes, warm smile, and patient demeanor stayed with him throughout his life. I send his family, love and prayers.
Nickie Stanley
February 26, 2015
Jon was a true friend. I have kept in contact with him, having lunch just a couple of years ago. Jon had such a great kindness about him and was always there when you needed him. A Renaissance Man who moved between law, music, sports. The world will be the lesser with his passing. He always spoke proudly of his family and his daughters, and I want to express my deep condolences to them.
Mike Mathisen
February 26, 2015
So very sad to hear this news. I just recently reconnected with Jon on Classmates. We went to elementary, jr. high & high school together. He was a brilliant and funny man. Prayers for his family.
Cathy King Murray
February 26, 2015
Although Jon and I had not been in touch since High School, it was always reassuring knowing that he was out there contributing his grace and wisdom to the world. His passing saddens me greatly. Heartfelt condolences to his family.
Scott Hammer
February 26, 2015
I am very sad to learn of the passing of Jon. He and I played violin in the HS orchestra and many NYSMA performances throughout our years in school. One word comes to mind when I think of Jon and it is "Kind". My deepest sympathy to his family.
Bill Konanez
February 25, 2015
I knew Jon quite well in high school and though we had since lost touch, I'll always remember his equanimity, good humor, and lack of hubris. Thanks for the good company Jon and RIP.
Kenneth Meyer
February 25, 2015
Fond memories of Jonathan in our youth. Always helpful and one of the smartest people I knew
Maureen Demling-Henry
February 25, 2015
Cheryl, Shana, and Jessica- our thoughts and prayers are with you through this most difficult time. Please do not hesitate to call if you need anything. The Lazar Family
Bruce and Diane Lazar
February 25, 2015
So saddened by the news of Jon's passing. He was a High School friend whose company was much appreciated. I remember his kindness, intelligence, wisdom, musical talent and thoughtfulness. He was always ready with a supportive and encouraging word. My heartfelt sympathy goes out to all his loved ones, especially his wife children, and brother.
Cristy Ferran Jadick
February 25, 2015
I have known Jonathan since grade school. My heartfelt condolences to you all. My thoughts and prayers are with you. May fond memories help you through this difficult time.
Lorraine (Otto) Dangieri
February 25, 2015
Our thoughts and prayers are with you. Jon and I were roommates and college classmates. I have many warm memories of late night grinder runs to Broadway Pizza and long sessions in the JE dining hall. Jon was always thoughtful and well-grounded. We will all remember him as a good and trusted friend.
Tom Leatherbury
February 25, 2015
This is the announcement that went to the Duke's Men of Yale Alumni Association. In Memoriam: Jon Elliott -- 1955-2015
The DMAA Board is sorry to announce the death of Jon Elliot '77. DMAA Vice President (and President Emeritus) Tom Bulleit '79 offers the following tribute:

"It is with great sadness that I report the death of one of our best, brightest, and most beloved. Jon Elliot '77 passed away in his sleep at his home in Connecticut on Monday morning, February 23, 2015.

Jon was the model from which they made the Teddy Bear. A very large man even in his college days, he was as lovable as the plushest stuffed bear, and as kind, generous and thoughtful as anyone I have ever known. He joined da doox as a junior in my freshman year. Though he had a beautiful lyric baritone voice, he abjured putting his name up for the Whiffenpoofs in order to spend two full years as a Duke's Man. He was also sharp as a tack and wickedly efficient. He served as the manager of a successful tour during his senior, my sophomore year, taking us to several southern locations to the wonderment and delight of this undergraduate. His quiet but quick sense of humor and calm manner were always a force for drawing the group together in difficult times.

After graduation he was offered a position as a buyer at one of the major New York department store chains, but chose instead to attend the University of Michigan law school, where he was a founder of the Headnotes, the law school's first a cappella group. At Michigan he developed his twin interests in family law and litigation, participating in the Child Advocacy Law Clinic. Returning to Connecticut post-graduation in 1980, he joined the Stamford-based corporate firm of Cummings & Lockwood, where he practiced litigation for several years. Early in his career, he served on the state's Task Force for Foster Children (charged with making recommendations about reforms to Connecticut's child abuse and neglect laws) and the Connecticut Bar Association's Juvenile Justice Committee and Committee Regarding the Representation of Children in Family Matters. Eventually, he moved to smaller law firms where he could also more easily pursue his interest in family law, finishing his career as a partner at Zeldes, Needle & Cooper in Bridgeport, CT.

Jon was an active supporter of the Duke's Men Alumni Association from its inception, arranging for his firm, on a pro bono basis to create the DMAA and arrange its incorporation as a Connecticut nonprofit. He attended our 60th reunion in the Fall of 2013, and sang the key solo in the Silver group's balladic rendition of Proud Mary. More recently he had been assisting the undergraduate Duke's Men in their effort to incorporate.

He leaves behind him his loving wife of 29 years, Cheryl, and two adult children, Shana (26) and Jessica (almost 23).

The funeral will be at 11 AM on Thursday, February 26th at Green's Funeral Home, 88 Beach Road, Fairfield, CT.

The family will sit shiva that evening beginning at 7 PM at their home: 22 Historic Drive, Monroe, CT.