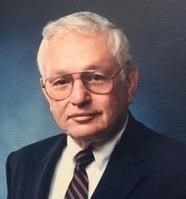 FUNERAL HOME
Abraham L. Green & Son Funeral Home
88 Beach Road
Fairfield, CT
Milton Cooper
A beloved and dedicated doctor, Milton Cooper, age 91, of Easton, Connecticut, passed away on Saturday, April 29, 2017 at St. Vincent's Medical Center.
Dr. Cooper was born in Bayonne, New Jersey to Leo and Sarah Cooper. He was valedictorian of his class at Bayonne High School. He was a member of the Dartmouth College Class of 1946, where he graduated, summa cum laude. He was also a graduate of Dartmouth and Cornell University Medical Colleges. His post-doctoral training was at Dartmouth Mary Hitchcock Hospital, Columbia Presbyterian Hospital and the Mayo Clinic.
Dr. Cooper was a member of Phi Beta Kappa and Sigma Xi honor societies, and while at the Mayo Clinic received an award for his clinical research, as well as an M.S. in Medicine.
At St. Vincent's, Dr. Cooper served as the Chief of the Department of Hematology and subsequently as the Chief of the Division of Internal Medicine. He also served on the Board of Directors of St. Vincent's Medical Center, and on the board of the St. Vincent's Medical Center Foundation. He was also an Associate Clinical Professor at Yale. He was a past president of the Connecticut Chapter of the American Cancer Society.
He opened his medical practice (now known as Medical Specialists of Fairfield) in Bridgeport, Connecticut in 1956, and practiced in the Bridgeport/Fairfield area for over 60 years.
He served as a Naval Medical Officer during the Korean War and was awarded the Bronze Star for Meritorious Achievement.
He is survived by his wife of almost 67 years, Lilla Blumenthal Cooper, his sons Bruce (Kristi) of East Lyme, Connecticut and Scott (Elizabeth) of Lexington, Massachusetts, his sister Gladys Rosenfeld of Berwyn, Pennsylvania, and his grandsons Jonathan (Katherine) and Benjamin, and his granddaughter Madeline, and his great-grandson Shaw, and was predeceased by his grandson, Matthew.
The family would like to thank Eric Ramos, Dr. Cooper's long-time Physician's Assistant, for helping him continue to do what he loved best - caring for his patients – until the last month of his life.
Funeral services will be private. A Memorial Service will be held at a future date.
Dr. Cooper loved his alma mater, Dartmouth College. Donations in memory of Dr. Cooper may be made to the Dartmouth College Scholarship Fund or the Geisel School of Medicine at Dartmouth College, or to a charity of your choice.

Published by Connecticut Post on May 1, 2017.
To plant trees in memory, please visit the Sympathy Store.
MEMORIAL EVENTS
To offer your sympathy during this difficult time, you can now have memorial trees planted in a National Forest in memory of your loved one.
Funeral services provided by:
Abraham L. Green & Son Funeral Home
MAKE A DONATION
Please consider a donation as requested by the family.
MEMORIES & CONDOLENCES
20 Entries
Milton, his sister and parents were so much a part of my childhood. So sorry to learn of his passing. My sincerest condolences to Lilla and her family.
Betty Lou Davis
May 17, 2017
Dr Cooper took care of both my parents for decades -right up to the last days of my father's life in 2010. He was my mother's doctor until she moved out of state to be with me in 2011 and she always trusted him. We were talking about him yesterday actually. I am so sorry to hear of his passing
Susan Breining Oven
May 7, 2017
Ive known Dr. Cooper from the days of Park City Hospital in Bridgeport. I've always been in awe of his patience and caring demeanor with patients.He was not just an excellent physician but he was truly a warm compassionate human being. Tremendous loss to all who knew him.
Diane Levine
May 3, 2017
Dr. Cooper was simply just an amazing compassionate human being who happened to also be a great doctor. I've known him for the past 42 years and he will be missed not only by myself but the countless others who's lives he has touched. My prayers and thoughts to his family.
Steven Herman
May 3, 2017
A great physician as well as a true gentleman.Rest in peace milt!
John Barney
May 2, 2017
I CANNOT FORGET THE DEVOTION THAT DR. COOPER HAD TO MY FATHER. HE WASN'T JUST A DOCTOR BUT MY FATHER'S TRUSTED FRIEND.
SO SORRY TO HEAR OF HIS PASSING.
HELEN GOTTESMAN
May 2, 2017
The physicians and staff of the Fairfield County Medical Association were sorry to learn of Dr. Cooper's death.

Please accept our deepest sympathies. In this time of grief, you are in our thoughts and in our prayers.
Fairfield County Medical Association
May 2, 2017
I worked with Dr. Cooper for many years at St.Vincent's. He was a well-respected brilliant man and very caring & kindhearted. I enjoyed his dry sense of humor. My sincere condolences to the Cooper family and may he rest in peace.
Johanna Dorgan-Soto
May 1, 2017
Milt was as beloved by his patients and colleagues, as he was dedicated to his medical practice and our mutual alma mater. Rest now, son of Dartmouth
-P.Boone M.D. D'80
Peter Boone
May 1, 2017
We mourn the passing of our wonderful physician of over 46 years. He was in all respects a credit to his profession. Our sincerest sympathy to his family. Jordan and Ronni Lustig.
jordan Lustig
May 1, 2017
Dr Cooper was a wonderful doctIIor, he also had a wonderful sense of humor I used to look forward to my appointments because I knew he would always get to the bottom of whatever my medical needs would be. I enjoyed as one would say visiting with him he was a wonderful doctor. Condolences to his wife and family. Dr. Cooper will be be greatly missed by everyone who's lives he has touched. I loved him he took very good care of me, forgive me I just found out of his passing, tears are blurring my vision. Anyone who reads this gets the point. Dr Cooper was an amazing caring loving doctor. Rest in peace.
M.I. KLAHR
May 1, 2017
Unfortunately I only had the chance to have known Dr. Cooper for just under a year, working in his practice. He was an incredibly sweet and intelligent man, and a pleasure to both work with and to have known. Many blessings to his family, friends and patients. He will be greatly missed.
Samantha Marron
May 1, 2017
Dr Milton Cooper was a godsend he always treated ed me wonderful and diagnosis was always on the money. Eric his nurse was just wonderful. I was shocked moments ago when I heard of his passing he was a great doctor and a wonderful caring man.He earned his wings many years ago.He will be greatly missed but not forgotten. He was loved by everyone,I am truly grateful he was my doctor for over 30 years. R.I.P.
M.I. Klahr
May 1, 2017
Dr Cooper will be missed at Birchwood CC. His love for the game of golf could not be matched. My prayers are with his family.
Kammy Maxfeldt
May 1, 2017
Dr. Cooper was a great man and he will missed by many. I have fond memories of him. Jim
Riling
May 1, 2017
We feel very upset that he is gone. I will always remember all the good things he did for Ted. With out Dr. Cooper my husband would not be here today. We are going to miss him,there isn't a doctor as good as he was in today's world.
Teofilo & Barbara Pelli
May 1, 2017
To dr.cooper family I send sincere sympathies he was my dad's dr and then mime for many years he was the sweetest kindest man I ever knew and I was a little girl about 6 yrs old he would always give a lollipop. When dad died when i.was 14 he was always there as I made my visits for my blood problem .,i,am,so sorry that he has passed .i,will always remember him
He card about me and my dad like we were family. May he be at peace now. Elisa festa butler
Elisa Butler
May 1, 2017
My deepest condolences go out to the Cooper family. He was loved by his loyal patients,who wouldn't dream of seeing another doctor. Milton was like a second father to me and l will miss him very much.
Peter Small
May 1, 2017
It is with great sadness sending our farewell to such an accomplished doctor, dedicated husband and father, as well as a wonderful friend. You will be greatly missed by many whose lives you've touched so lovingly.
Slavica Prevelige
May 1, 2017
My condolences
Dr Robert Caserta
May 1, 2017
Showing 1 - 20 of 20 results