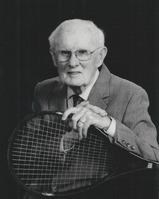 BORN
1928
DIED
2017
FUNERAL HOME
Athy Memorial Home
111 Lancaster St
Worcester, MA
Harrity, Peter J Jr.
Peter J. Harrity, Jr., 88, formerly of Fairfield, died unexpectedly at St. Vincent Hospital in Worcester, MA on Friday, January 27, 2017.
Pete was born in Worcester on August 15, 1928, the second son of Peter J. and Anne Egan Harrity.
He graduated from the College of the Holy Cross in 1950. He served in the US Army during the Korean Conflict from 1951 to 1953. He received his Master's Degree in 1955 from Worcester State Teachers College and in 1966 completed the Sixth Year Program in Professional Education at UConn.
Peter taught in Massachusetts before beginning in 1957 his 35 years of teaching in Fairfield. From 1957 to 1972, he taught English at Andrew Warde HS. He became a Housemaster at Roger Ludlowe High School in Fairfield in 1972, retiring in 1992. Pete was also a tennis coach at Andrew Warde and a tennis instructor during the summers for the Fairfield Board of Recreation. Peter returned to Worcester in 2007 to be closer to family.
He was predeceased by his parents and three brothers Raymond, Edward and James. Peter is survived by his loving wife Celine Donoghue Harrity and his five children: Marie C. Harrity and her husband Gary Smith of Parker, CO and their children Seamus and Devin Harrity; Peter F. Harrity and his wife Karen Felker Harrity of Scott, NY and their children Kelsey and Eamon Harrity; Mary Beth Harrity and her husband John Ferrarone of Worcester and their children Chloe and Evan Ferrarone; Barbara A. Harrity and her husband Edward Lindsey of Orono, ME and their children Emmett and Siobhan Harrity; Joseph N. and his wife Rebecca Smith Harrity of Troutdale, OR and their children Rowan, Finn and Brighid Harrity. Peter is survived by three great-grandchildren.
Peter is also survived by his brother Martin F. Harrity; his sister Anne Scott Harrity, both of Worcester, and many nieces, nephews and cousins.
The funeral Mass will be Thursday, February 2, 2017 at 10 a.m. in Blessed Sacrament Church, 555 Pleasant St., Worcester. Burial will be at St. John's Cemetery, Worcester. Calling hours at the funeral home are Wednesday, February 1, 2017 from 4 to 7 p.m.
In lieu of flowers, donations in Peter's name may be made to Blessed Sacrament Parish, 551 Pleasant St., Worcester, MA 01602, or Covenant House, Times Square Station, P.O. Box 731, New York, NY 10108-0900.
Published by Connecticut Post on Jan. 30, 2017.
To plant trees in memory, please visit the Sympathy Store.
MEMORIAL EVENTS
Feb
1
Calling hours
4:00p.m. - 7:00p.m.
Athy Memorial Home
111 Lancaster St, Worcester, MA
Feb
2
Funeral Mass
10:00a.m.
Blessed Sacrament Church
555 Pleasant St., Worcester, MA
Funeral services provided by:
Athy Memorial Home
MAKE A DONATION
MEMORIES & CONDOLENCES
34 Entries
Mr. Harrity was my sophomore English teacher at Andrew Warde High School in Fairfield, Connecticut and was by far one of the most impactful persons in my life. I wish I had had a chance to meet him again. Please accept my sincerest condolences.
Paul Churchill
School
August 11, 2021
Best teacher I ever had! I was glad I got to really know him the three years I worked at Fairfield High he really loved what he did his passion was always positive he always had your best interest at heart whether you thought he did or did not he did. I am very sad to have come across this
Michael Rietano
Friend
April 16, 2021
I just happened to see this about Mr. Harrity. I just want to send my best wishes and love to your family. We go way way back to Robson Pl. I am Patricia Connelly, the oldest of the five Connelly kids and daughter of Bill ad Jean. We have so many fond memories of your family. I, of course as the babysitter of you five kids. I remember every one of you. I know I speak for my family, my brothers and sister when I send condolences for the passing of your dad. My mom and your mom were also good friends and neighbors. We Connellys will always cherish those times spent on good old Robson Place!!! Our love goes out to all!!!!
Patricia Connelly
August 14, 2019
Celine, my condolences on the loss of your life partner. He was truly a gentle soul; I LOVED his record collection in the side room on Lalley; God Bless you and your family, Jim Hughes
James Hughes
April 26, 2017
Mr. Harrity was my English teacher at Andrew Warde High School a very long time ago. (Class of 61) He was an excellent teacher and a fine person. He encouraged me to read great literature and inspired me to become a teacher. My prayers are with the Harrity family. Judith Schorg (Chanaca) California
Judith Chanaca
February 4, 2017
To the Harrity Family,
I remember Peter he was the housemaster of Webster House when I was in Roger Ludlowe.Although I was not in that house I always remember seeing him anywhere and everywhere in the school.he was always trying to keep the students in line and I know he really cared about all of them.He was a great person and took pride in what he did.He will be missed.
Diane Korchman
Class of 1977
Diane Korchman
February 4, 2017
Special prayers to his family. I remember him with a tennis racket in his hand. He shared his skills with many. May he be at peace.
Susan Barrett
February 4, 2017
My condolences to your family, Death is truly a sting, but God promises that one day soon it will be brought to nothing
1 Corinthians 15:26
February 4, 2017
Peter was truly a gentleman and a scholar. His smile and his good works will be long remembered.
Colleen Kelly
Coworker
February 2, 2017
Sorry for your loss.Lori Hull.Student at Roger Ludlow HS Fairfield,Ct class 1988
Lori Hull Reisinger
February 1, 2017
To Aunt Celine and Family, please know that today (1 February 2017) I celebrated a Mass for the repose of Uncle Peter's soul. Eternal rest grant unto him, O Lord, and let the perpetual light shine upon him. May his soul and the souls of all the faithful departed, through the mercy of God, rest in peace. Amen.

--PC Murray
February 1, 2017
Peter Harriet was so special and talented. An inspiring teacher and wise housemaster, he touched the lives of students and teachers in meaningful and helpful ways. I enjoyed working with Pete as teachers and housemasters together. Clever and funny, he was supportive of students and teachers alike. So sorry for your loss.
Mel Senator
February 1, 2017
To Celine and family, On behalf of the Boylan family, we are so sorry for your loss. Peter was our Dad, Bob's cousin. You and Peter were always so nice to let us go to the beach from your house in Fairfield. Always nice getting together at Thanksgiving. Keep your good memories. Peg Boylan Bowers, Linda, Mike, and Kathi Boylan
Peggy Boylan Bowers
February 1, 2017
To the family and friends of Peter Harrity...
My name is Carrie Bell. I am Bill Bells daughter. Our families were great friends and I have many wonderful memories of Peter Harrity and the whole family. I am so sorry to hear about his passing and my love prayers and thoughts are with you al right now. I have many photos of our families together if you would like some. They are precious and you can see the love. Please contact me if you would like them. My love is with you. Carrie Bell [email protected]
Carrie Bell
January 31, 2017
so sorry for your loss..Mr Harrity will forever live in my memories of high school. he was a favorite of mine, and a great advocate of things I hold so dear like whole earth learning. god speed sir. you will be missed.
cari (bulmer)jansen
January 31, 2017
Peter and family,
I am so sorry to hear about your Dad. My thoughts and prayers are with you all.
Greg Carroll
January 31, 2017
Dear Joe, Mrs. Harrity and Family.

On behalf of the Gelmetti family, we offer our condolences on the passing of your father and husband.
We all have fond memories of hanging out at St. Thomas School, and the park like setting of Lalley Boulevard.

Our thoughts are with you at this time, and focus on the positive things he instilled on each one of you, fellow Fairfielder's that attended Andrew Warde and Roger Ludlowe High Schools.

John (Jack) Gelmetti
John Gelmetti
January 31, 2017
Dear Celine, so sorry to hear the sad news. Always enjoyed being your next door neighbor
Ledge Clayton
January 31, 2017
Thank you, Mr. Harrity for everything. I never read or see Merchant of Venice without thinking of you. You made it fun.
Vanessa Lord
January 31, 2017
So sorry for your loss Barbara. Your dad was always thoughtful and a great thinker. He was a bright light at Ludlowe. We were lucky to have him. Blessing to your family.
Andrea Danforth
January 30, 2017
Thank you so much for teaching me to be good to other people. You will be missed
Matt Gombos
January 30, 2017
I remember Mr. Harrity fondly from my days at Roger Ludlowe. To Barbara and the Harrity family, my condolences. He will be in my thoughts and prayers.
Len Waiksnis
January 30, 2017 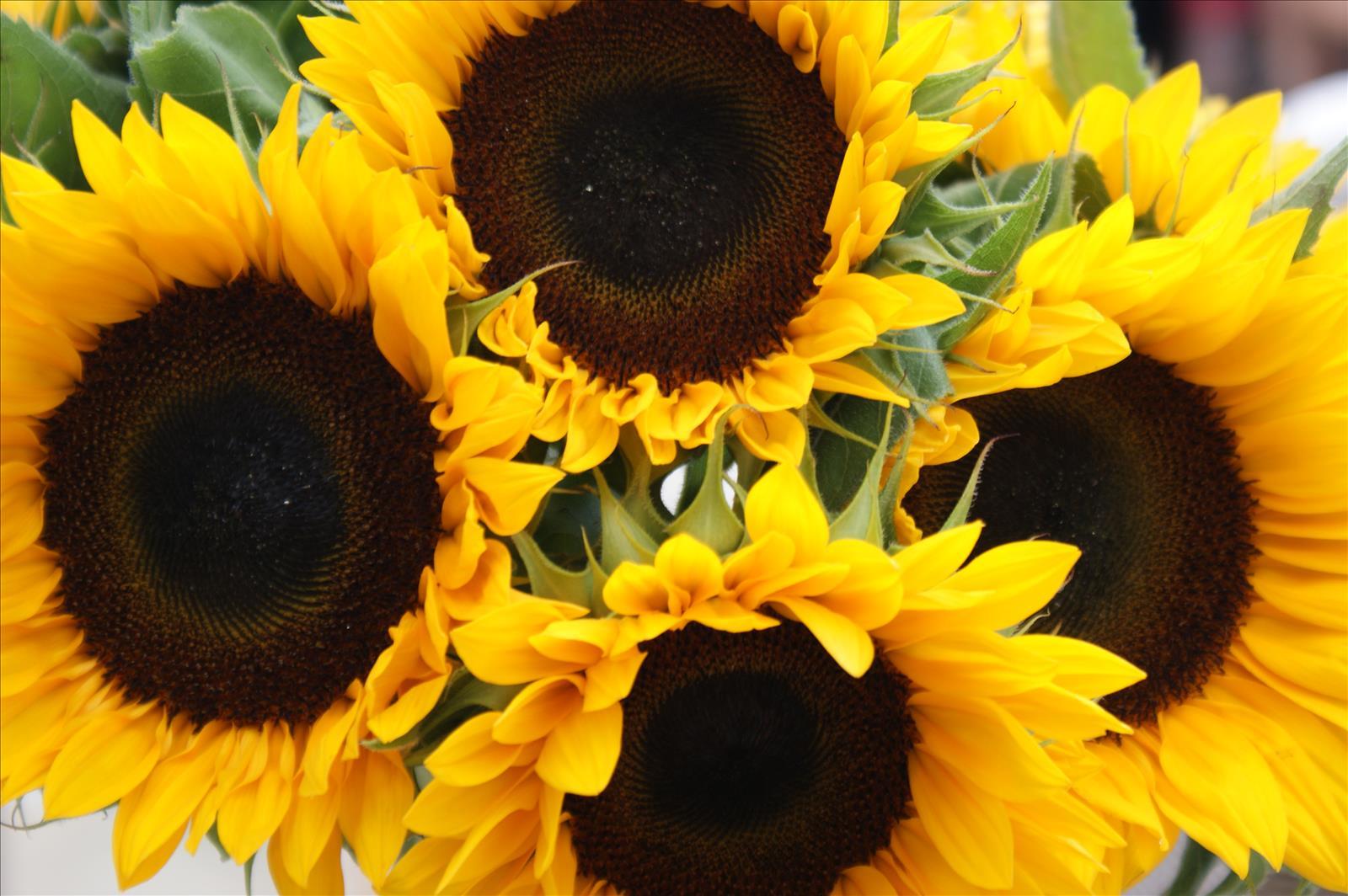 Barbara, I remember your dad with a smile on my face. He was an awesome man whom I will never forget. Keep him alive in your hearts forever with stories and photos. Happy vibes on the way to you and your family.
Angel Nanci Fredricks
January 30, 2017
I remember mr.Harrity my housemaster good guy really cared.sorry
Ray Mannion
January 30, 2017
I enjoyed being fortunate enough to have you as our guest teacher in Miss K's expository writing class. You were inspiring and gave me a different outlook towards my education. Thank you Mr. Harrity.
Scott Rywolt
January 30, 2017
He will be fondly remembered by the students whose lives he touched. The world always appreciates dedicated educators. So sorry for your loss!
Meg
January 30, 2017
A dedicated teacher and a great guy.We were English teachers at Warde and then he was my boss at Ludlowe. He was a special guy always great to be with.
Maynard Taylor
January 30, 2017
Mr. Harrity was my freshman English teacher at AWHS. His wit, energy and intellect combined to make him an outstanding educator and influenced my career choice as an English teacher. I was very privileged to know him as an adult. My sympathy to his wife and family.
Gerry Kuroghlian
January 30, 2017
Our thoughts are with all of you. May God bless you and help you during the healing. Uncle peter was a wonderful person who will never be forgotten. Love and prayers pius, Mary and Kayla murray.
January 30, 2017
To Mrs. Harrity, Joe and family, I was saddended to hear of the loss of your husband and father. I remember my days at roger ludlowe with Mr. Harrity as my housemaster. I also remember the times of going over to your house in fairfield and remember the times when you had racoons in the backyard in the caged area behind the garage. I offer my deepest smypathies and my god give you the grace and peace at this difficult time.
Patrick Lane
January 30, 2017
Harrity family. My thoughts and prayers are with all of you during this difficult time. Mr Harrity touched the lives of so many people in Fairfield. May he rest in peace.
Pete Stansfield
January 30, 2017
For only love can conquer death. May the love you shared with your father, brother, grandfather, and husband stay with you and the love you share for each other be a comfort in this time of sadness. Bless you all.
Ellen Lincourt
January 30, 2017
Pete was a great friend and Housemaster. We will all miss him.
John
January 30, 2017
Though our grateful nation mourns with you in your loss, we can only feel a small part of the loss you are experiencing.