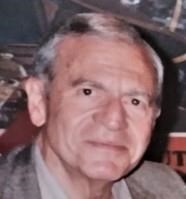 BORN
1936
DIED
2021
FUNERAL HOME
Neptune Society - Palm Harbor (Tampa)
2560 Tampa Rd
Palm Harbor, FL 34684
Richard A. Preto-Rodas
May 30, 1936 - April 19,2021 Richard A. Preto-Rodas, of Largo, FL. (previously St. Petersburg and Tampa), died on April 19 surrounded by loving family. Born in Yonkers, N.Y. in 1936, he moved to Stratford, CT. in 1941 where he spent his formative years. Richard graduated with a BA in English from Fairfield University In 1958. He later attended Boston College where he earned an MA in philosophy in 1960 before proceeding to the University of Michigan at Ann Arbor where he received an MA in Spanish and a PhD in Romance languages and Literatures. He supplemented formal study with overseas summer programs beginning in 1956 at the University of Lisbon with subsequent programs at Laval University (Quebec) and l'Univerite' Catholique de l'Ouest in Angers, France. From 1966 to 1970 Dr. Preto-Rodas taught at the University of Florida in the area of Latin American Studies until he accepted a position with the Department of Spanish, Italian and Portuguese at the University of Illinois in Champaign-Urbana. In 1977 he assumed the chairmanship of the department until 1981 when he was hired as the Director of the Division of Language (now known as World Language Education) at the University of South Florida in Tampa, a position he maintained until 1989 when he resigned to return to full time research and teaching. In his final years in the classroom, Dr. Preto-Rodas developed interests in comparative literature and taught ancient Greek literature in translation and a variety of courses in French language and literature. A Fulbright Scholar of comparative literature at the University of Grenoble (France) from 1994 to 1995, he subsequently was invited by the University of Perpignan (France) to teach comparative literature in the Spring of 2000 and 2001. He was named Professor Emeritus at USF before entering full retirement from USF in 2003. Author of a number of books dealing with Portuguese language and Luso-Brazilian letters, Dr. Preto-Rodas also wrote many articles on topics ranging from literature to Spanish, Portuguese, and French to issues concerning department administration. During his professional career he traveled widely in South America and Western Europe. Dr. Preto-Rodas was a member of Phi Beta Kappa. He was an active supporter of local theater, especially American Stage and Stage Works, even after moving from Tampa to St. Petersburg in 2005. He enjoyed cooking and socializing within a wide circle of friends in the Tampa Bay area. He is predeceased by his parents, Manuel and Beatrice and his brother Robert. He is survived by his sister Jacqueline and brother-in-law Glenn Seitz of Cumming, GA, and by his sister-in-law Lynne Preto-Rodas of Stratford, CT. Nephews and nieces Robert (Margaret) and Teri Preto-Rodas of CT., Samantha and Glenn Allen Seitz of GA. as well as a grand-nephew/niece, Jonathon and Meghan Preto-Rodas of CT. Final arrangements are being handled by the Neptune Society of Palm Harbor.
To plant trees in memory, please visit our Sympathy Store.
Published by Connecticut Post on May 8, 2021.
MEMORIAL EVENTS
No memorial events are currently scheduled.
To offer your sympathy during this difficult time, you can now have memorial trees planted in a National Forest in memory of your loved one.
Funeral services provided by:
Neptune Society - Palm Harbor (Tampa)
MEMORIES & CONDOLENCES
Sponsored by Neptune Society - Palm Harbor (Tampa).
3 Entries
Please except my deepest sympathies as the days and weeks pass, and as you return to life's routine, may you be comforted by the loved ones and support of God.
Simone Taylor
May 9, 2021
A good friend and colleague. A true intellectual and wonderful teacher. Generous in every way and a wonderful host who loved people and good friends. My deep condolences to his family.
Maria Esformes
Friend
May 9, 2021
One of my favorite teachers at Fairfield University. My condolences to his family.
John Hennessey
Student
May 9, 2021