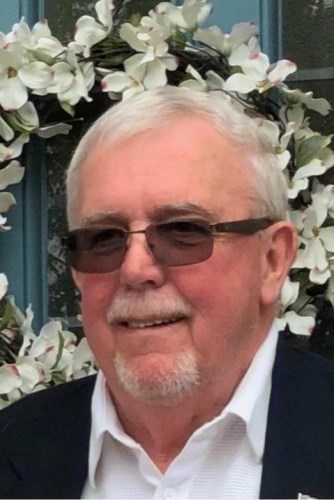 David E. Overcash, 74, of 85 Village Drive, Stroudsburg, passed away on Wednesday morning, February 10th, at home after a long battle with multiple myeloma.

Born on February 26, 1946 in Waynesboro, to the late Bessie (Wilders) Morris and Merle Overcash: he is survived by his wife of 55 years, Patricia (Haugh) Overcash. Also surviving are three sons: Brian (Stacey) of Ocala, FL; Mark (Theresa) of Stroudsburg, and Erik (Allison) of Wilmington, DE; six grandchildren Alex, Evan, Adam, Madison, Owen, and Olivia; three sisters Beverly DeHart, Wanda Lynch of Waynesboro, and Robin Midyett of Elgin, TX. He was predeceased by a brother, William.

Some of his greatest joys in life were coaching and watching his children and grandchildren participate in sports as well as spending time with them hunting, fishing, golfing, along with family vacations.

A 1964 graduate of Waynesboro High School, he attended Trenton State College and Mississippi State University and was a 1971 graduate of Ross Leffler School of Conservation.

He was a veteran of the US Air Force and the Vietnam War, serving in support units at Da Nang Air Base, South Vietnam, and U-Tapao Air Field Thailand during "Operation Rolling Thunder" in 1966-1967. He received many medals including the Air Force Commendation Medal with Oak Leaf Cluster.

Dave began his career with the Pennsylvania Game Commission in 1970 as Wildlife Conservation Officer trainee. After graduation with the 14th class from Ross Leffler School of Conservation in 1971, he was assigned to serve as a District Wildlife Conservation Officer in the southern district of Monroe County. In 1992 he was promoted to Chief of Bureau Law Enforcement Technical Services Division in the Commission's Harrisburg headquarters. He was promoted to Director of the Bureau of Law Enforcement in 2001 and oversaw the enforcement activities of the Game Commission's 135 District Officers and more than 600 Deputy Wildlife Officers before retiring in 2003.

He was a member of St. John's Evangelical Lutheran Church in Stroudsburg and previously a member of St. John Evangelical Lutheran Church, Boiling Springs, PA. He was the church coordinator of Meals on Wheels, Boiling Springs. Dave also served as a volunteer driver for the American Cancer Society's Road to Recovery program. He was a volunteer plant and animal observer in South Middleton Township area for the USA National Phenology Network and he participated in various bird population studies for the Cornell Lab of Ornithology, Cornell University.

To plant trees in memory, please visit our Sympathy Store.
Published by Carlisle Sentinel on Feb. 17, 2021.
MEMORIAL EVENTS
Feb
24
Funeral service
1:00p.m.
Indiantown Gap National Cemetery
, Annville, Pennsylvania
Funeral services provided by:
William H. Clark Funeral Home, Inc.
GUEST BOOK
13 Entries
Pat, I am so sorry to read about your Husbands passing. I'm pretty sure that we are Cousins. My father was William Talbert Haugh,Sr. We lost touch after my father passed away. Please reach out to me when you have the opportunity. I have been searching for you for years (after my phonebook got lost in moving)
Mary (HAUGH) Evans
February 20, 2021
Dave was a high school friend of ours that we will miss very much.. He and Pat were one of the couples we hung out with in our teen years. My deepest sympathy goes out to Pat and family. Rest in Peace Dave.
Sandi (Combs) Colwell
Classmate
February 17, 2021 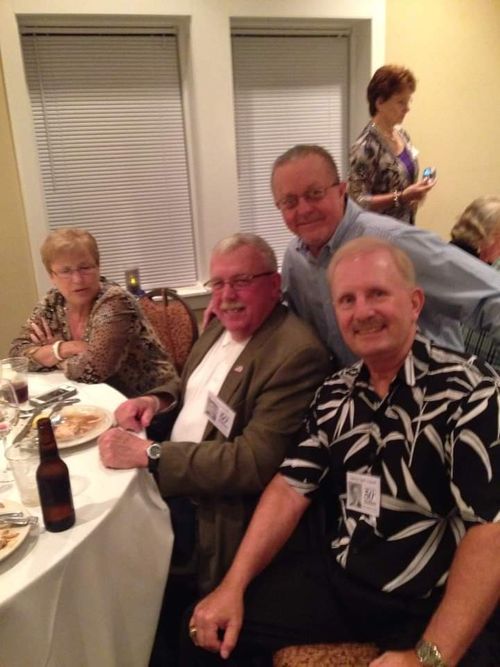 Keith Wallace
Friend
February 16, 2021
Dave and I came to Monroe County at the same time, he with the Game Commission, me with the State Police. We worked together many times and he was a good friend. A more dedicated WCO you would not find. I will always have fond memories of our time together. His family will be in my prayers
Mike Hartley
Friend
February 15, 2021
Pat and Family. I sorry for your loss. I'm sure he and Bob are talking about old times up there in heaven. Stay strong.
Mae Perry
Friend
February 15, 2021