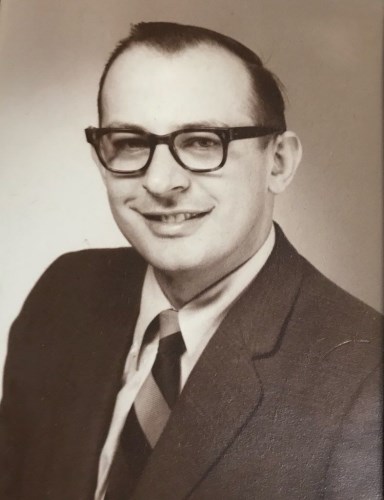 Harry Gregory Sysak peacefully departed this life on Tuesday, November 17 at Hershey Medical Center. Harry was born on September 25, 1936 in Plains, Pennsylvania. After serving in the United States Marine Corps, he was appointed U.S. Postal Inspector in New York City and served in this position for 25 years. During this time, Harry completed his MBA at Hofstra University as well as his CPA certification. In 1987, Harry and his family moved from Long Island to Central Pennsylvania. After retiring from the postal service, he then worked for the Commonwealth of Pennsylvania as an audit manager. After retiring from the Commonwealth, Harry spent his time volunteering with AARP as a tax preparer. Throughout all his years, his family, the church, and music always held a special place in his heart. He is preceded in death by his parents Alexander and Mary and his twin brother Michael. Harry is survived by his loving wife of 52 years, Dorothy, and their three children Gregory, Matthew (Viviana), and Ruth (David) as well as grandchildren, Pyotr, Natalia, Sophia, Maksim, Valeria, Ezekiel, and Nicholas, and his brother, John. Harry was a member of Holy Apostles Orthodox Church in Mechanicsburg, Pennsylvania where he will be laid to rest. Memory eternal. In lieu of flowers, donations can be made to Holy Apostles Orthodox Church in Mechanicsburg, PA.

To plant trees in memory, please visit our Sympathy Store.
Published by Cumberlink Sentinel on Nov. 20, 2020.
MEMORIAL EVENTS
No memorial events are currently scheduled.
To offer your sympathy during this difficult time, you can now have memorial trees planted in a National Forest in memory of your loved one.
GUEST BOOK
4 Entries
My sympathy to Dorothy. She and I were in strength training class together.
Phyllis Myers
November 25, 2020
The National Assn. of Retired Postal Inspectors extends its deepest sympathy to Dorothy and family. Harry was a true professional who worked diligently in all investigations and was well respected by his comrades. Our thoughts and prayers are with you.
John Comber
November 25, 2020
So sorry Dorothy...Stay strong and stay well.
Arlene Galla
November 21, 2020
My sincere sympathy. A great baseball coach when the boys were young. Visited us after we lost our son. His kindness is remembered.
Diane Gill
November 20, 2020