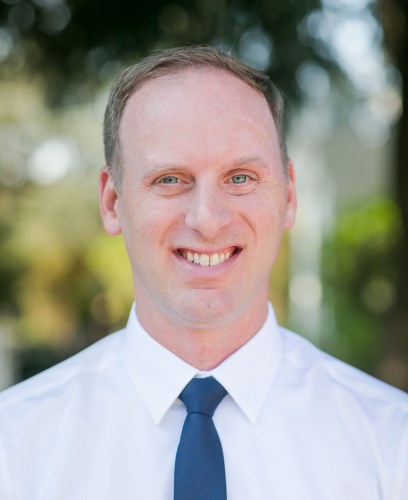 Michael Patrick Fortuna, 43, of San Diego, CA unexpectedly and peacefully passed away in the company of his wife Tanya Fortuna (nee McNaughton) at Scripps Memorial Hospital on September 23rd, 2020. Michael was a devoted husband, father, son, and brother, and loved by the many friends he gained through his generosity, loyalty and enthusiasm for life. Michael was born in 1977 in Harrisburg, PA. He grew up in Mechanicsburg, PA and was a 1995 graduate of Mechanicsburg Area Senior High School. As a youngster, Michael excelled at sports, particularly baseball where he spent many of his formative afternoons on the diamond at Memorial Park in Mechanicsburg. A lefty, Michael was a natural first basemen and a formidable knuckleballer on the mound. After graduating high school, Michael's interests drifted toward music and in 1999 he moved to San Diego with friends to join the local rock music scene. Most recently he was the front man in several popular 90's era and British rock tribute bands. Michael was a successful field sales manager for 21 years with HD Supply, winning countless sales awards and was respected by both colleagues and clients. In 2000, Michael met his beloved wife Tanya in San Diego. They married in 2003 and have two young daughters, Zoe and Piper, whom Michael dearly loved and adored. Michael was a child at heart and his favorite moments were spent with his family playing at the park, teaching his daughters guitar and magic tricks, and sharing his love of the Denver Broncos. Since 2012, Michael was well-known in the Carmel Valley (San Diego) community for coaching girls youth softball. Michael truly cherished the quality time that coaching softball allowed him to have with his two daughters. Michael will be dearly missed by everyone fortunate enough to have known and loved him. In addition to his wife and daughters, Michael is survived by his mother Michelle Curry (Rancho Cucamonga, CA), step-father Scott Curry (Rancho Cucamonga, CA), sister Holly Johns (Camp Hill, PA), brother Seth Fortuna (Albuquerque, NM), adopted father Thomas Fortuna (Mechanicsburg, PA), and grandmothers Doris Bennett and Marlene Fortuna (Mechanicsburg, PA), among many other extended family members. Michael was preceded in death by his grandfathers John Bennett and Joseph Fortuna and biological father Michael Romagnoli. A small, private celebration of life will be held in his honor in San Diego. The family has designated an organization they supported over the years for memorial gifts in honor of Michael: Hope Leadership Academy (www.hla.org), an organization that provides mentorship to fatherless youth in San Diego's underserved communities.

To plant trees in memory, please visit our Sympathy Store.
Published by Cumberlink Sentinel on Nov. 21, 2020.
MEMORIAL EVENTS
No memorial events are currently scheduled.
To offer your sympathy during this difficult time, you can now have memorial trees planted in a National Forest in memory of your loved one.
GUEST BOOK
0 Entries
Be the first to post a memory or condolences.