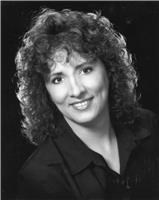 BORN
1969
DIED
2017
FUNERAL HOME
Denton-Wood Funeral Home & Pecos Valley Crematory
1001 North Canal Street
Carlsbad, NM
Lisa Skidmore Sexton, age 48, of Carlsbad, New Mexico, passed away July 17, 2017. Cremation has taken place. A memorial service will be held at 1:00 PM, July 22, 2017, at the Leo Sweet Community Center, 1302 Mission Ave., Carlsbad, NM. Denton-Wood Funeral Home is in charge of the arrangements. Lisa was born April 6, 1969 in Brazoria County, Texas to Robert V. Skidmore (Van) and Linda Jessee West. She was preceded in death by her father, Robert V. Skidmore, sister, Jarin West; cousin, Camille Bentley; aunt, Nola Jessee Bentley, and grandparents. Survivors are her mother, Linda Jessee West of Carlsbad, New Mexico; stepfather and adopted father-by-love, George West of Carlsbad; ex-husband and friend, Don Sexton, stepmother Carolyn Skidmore, siblings Damon West, Marty West Banks and Amy West Calvani of Carlsbad; Kit West of Oklahoma; Heather West Miller of Arizona and Scheli Skidmore Mitchell, Schawna Skidmore Rojo and Rachel Skidmore Jones of Texas; uncle Robert E. Jessee and wife Gemma of Carlsbad, uncle Doc West and wife Rita; aunt Janie Morrison and husband Richard of North Carolina, cousin Nathan Bentley of Texas, and numerous beloved nieces and nephews who knew her as Auntie Lisa. Lisa excelled as a student at Carlsbad High School, graduating near the top of her class in 1987. She was a member of Troubadours and Swing Choir and was editor of her high school yearbook. After high school, Lisa took an unconventional route; not the last time in her life she did not do the expected. She worked several jobs; school bus driver, truck driver and water well mechanic, and started keeping books for some small businesses, including Portraits by West. She learned bookkeeping entirely on her own. In 1995 she opened her own accounting and tax preparation business, Accu-Rite, certified as an enrolled agent which allowed her to represent taxpayers before the IRS. All who knew Lisa will remember her as a true individual. An individual who treated others with great respect. An individual who always tried to help and support others. An individual who was genuine and who sought to make her own way in life. What a huge and stunning loss of this beautiful, wonderful soul. Memorial contributions may be made to Noah's Ark Animal Shelter, 5217 Buena Vista Drive, Carlsbad, NM 88220 Written by Linda West and special friend Larry Pardue
Condolences may be expressed at dentonwood.com
Published by Carlsbad Current-Argus on Jul. 21, 2017.
To plant trees in memory, please visit the Sympathy Store.
MEMORIAL EVENTS
Jul
22
Memorial service
1:00p.m.
Leo Sweet Community Center
1302 Mission Ave., Carlsbad, NM
Funeral services provided by:
Denton-Wood Funeral Home & Pecos Valley Crematory
MAKE A DONATION
MEMORIES & CONDOLENCES
Sponsored by CurrentArgus.com.
35 Entries
We miss you Lisa. We pray you are resting after a life well lived.
Dave Saari
Friend
July 15, 2020
Lisa had taken care of my taxes for 17 years.
I always looked forward to seeing her.Very nice lady.Very professional.
Curtis McClane
September 26, 2018
Bobby DiNapoli
July 17, 2018
Pat Forger
April 6, 2018
Thinking of you today and always Lisa.
Diane Offutt
August 14, 2017 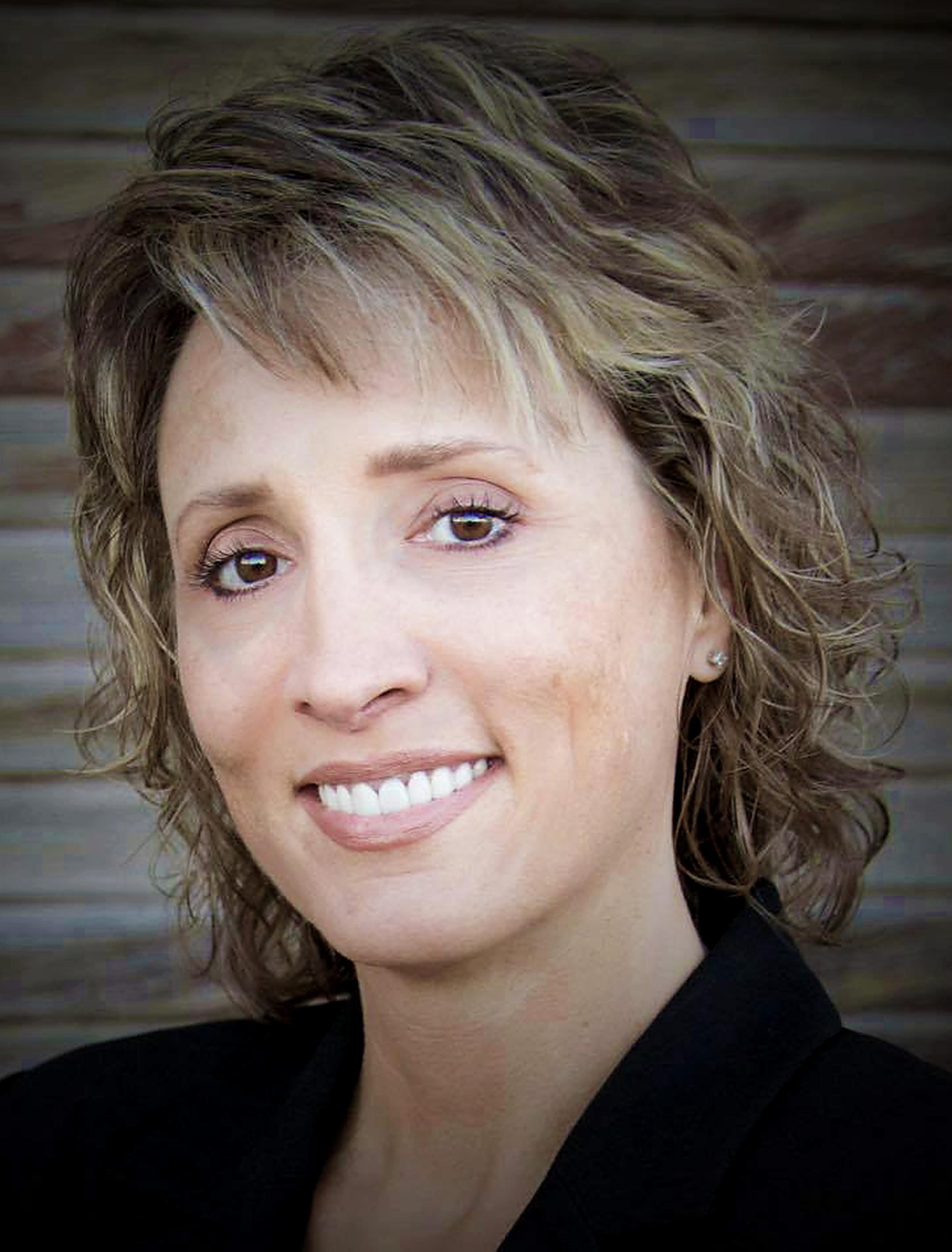 Diane Offutt
August 14, 2017
We were so sadden to hear about Lisa while on vacation. Please know we have you and family in our prayers.
Jerry and Lola Collier
August 7, 2017
I am so very proud to be your big sister. Hold my children tight until I get there. I love you baby Sal!
Scheli Skidmore-Mitchell
July 25, 2017
I am very sorry for your loss. May our Lord wrap His loving arms around you! Lisa was always so kind to me and my son. Sweet lady!
susan skinner
Friend
July 24, 2017
Lisa did our taxes but it was always fun to go in and talk to her because she was a sweet person and had a great, quirky sense of humor.
Eric and Janet Ellis
July 23, 2017
I have nothing but fond memories of Lisa from school. My deepest condolences to her family. May God's peace surround her family and friends as I know she is with Him in heaven. God bless
Donnie Caddell
July 23, 2017
My condolences to the entire family. I am so very sorry for your loss.
Jonna Williams
July 22, 2017
Lisa did my taxes for the past few years. She was so helpful and friendly. I will not forget her. May God comfort you and your family and give you peace. With deepest sympathy.
Carol Hennington
July 22, 2017
We extend our deepest condolences to your family.
We are so sorry for your loss.
Our thoughts and prayers are with Lisa and her family. We have known Lisa for many years and have always appreciated her generosity, professionalism and willingness to help, she will be missed. May God Bless.
Tommy, Teresa Mojica Los Alamos, NM
July 22, 2017
Prayers and thoughts are with you and yours at this most difficult time.Cox Family
July 22, 2017
Lisa always brought sunshine and kindness with her wherever she went. She was always willing to help someone less fortunate. Her vast knowledge in the accounting and tax industry she was always willing to share and help her peers.

To say I will miss her is an understatement. i am happy to have known Lisa and will cherish the memories of our friendship.

My sincerest condolences to Lisa's family and friends on the loss of beloved Lisa.
Diane Offutt
July 21, 2017
What an amazing and kind soul. She will be missed so very much. Thoughts and prayers for all.
Anna Shull
Friend
July 21, 2017
Please accept our condolences for the loss
of your loved one. May the love of family, friends and God help you to cope with terrible loss.
July 21, 2017
We enjoyed you in life. Thank you for being you.
Rest in Peace Lisa.
Dave Saari
July 21, 2017
Such a terrible loss. May the wonderful memories of Lisa bring her family and friends warmth and joy. Rest in Peace Lisa. You will be missed.
Mary Philippsen, EA
July 21, 2017
Praying for peace and comfort for lisa's family. May God bless and keep you all during this most difficult time. GOD speed...
Lisa Rice
July 21, 2017
To all the family. We are so sorry to hear of this loss. Remember the good times.
Ron Burkham
July 21, 2017
Ron Burkham
July 21, 2017
To all that knew and loved Lisa, please know you are in my thoughts and prayers. I pray she has found comfort in our Lord's arms and that her family and loved ones are able to find peace through God. Lisa was a lovely lady who will be missed by so many. Although we shared a business relationship, she was first and foremost my friend and I will miss her dearly.
Julie Overacker
Friend
July 21, 2017
While expressing my deepest sympathy to Lisa's family, I sincerely hope you can each find comfort to sustain you at this terribly difficult time. My thoughts and prayers are with you all.
Elaine
Elaine Murphy
July 21, 2017
Lisa was a such a beloved part of this community. All our thoughts and love are with her family and friends. Just know how many lives she touched with her amazing smile every day. So sorry for your loss. ~The Martin Family~
Dave & Joyce Martin
July 21, 2017
I am so sorry for your loss. Lisa was such a beautiful person inside and out. She will be missed.
May the love of friends and family carry you through your grief.
Rose Maio, EA
July 21, 2017
There is so much I could say about my beautiful friend. My memories are as vivid today as they were when they were being created. Lisa was a free spirit. Her smile was easy and natural. She truly did not care if she fit the status quo, which was one of the many things I loved about her. She was comfortable in her own skin. I remember climbing out the window of her attic bedroom window and smoking cigarettes. I was very nervous sitting high atop this grand old house, but she was perfectly comfortable up there. Lisa loved country music and Billy Grandi dances. We talked on the phone for hours about everything as teenaged girls do. We planned our adult lives. We were going to be friends forever, become old ladies together. Lisa leaving this world so soon was not part of our plan. To know that Lisa did not live long enough to brush silver hair is a great sadness and I will mourn her the rest of my life.