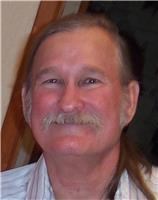 BORN
1953
DIED
2015
FUNERAL HOME
Denton-Wood Funeral Home
1001 North Canal Street
Carlsbad, NM
R.B. Staffel, Jr., 62, of N. Canal Street, Carlsbad, New Mexico, passed away Monday, December 28, 2015.
Visitation will be 5:00 PM - 8:00 PM, Monday, January 4, 2016 at Denton-Wood Funeral Home.
Funeral services are scheduled for Tuesday, January 5, 2016, 11:00 AM, at Denton-Wood Funeral Home Chapel with Pastor Steve Goings officiating.
Denton-Wood Funeral Home is in charge of the arrangements.
R.B. Staffel, Jr. was born in McAllen, Texas to Robert and Mary Staffel on January 4, 1953. He was a welder for Comanche Nuclear Power Plant in Cleburne, Texas for 15 years. R.B. came to Carlsbad in 1991 where he worked for Western Environmental S.E.G. and for W.I.P.P.
Survivors are his wife, Glenda Staffel of Carlsbad, New Mexico; daughter: Courtney Hubbell of Glen Rose, TX; step-sons: Corey, Tim Welch and wife, Angel of Carlsbad, NM; step-daughter, Marcey Arney and husband, Scott of Carlsbad, NM; brother, Carl Staffel of Trophy Club, TX; 9 grandchildren and numerous nieces and nephews.
Memorial contributions may be made to the La Huerta Baptist Church, 109 Vineyard Lane, Carlsbad, NM 88220.
Condolences may be expressed at dentonwood.com
Published by Carlsbad Current-Argus on Jan. 3, 2016.
To plant trees in memory, please visit our Sympathy Store.
MEMORIAL EVENTS
To offer your sympathy during this difficult time, you can now have memorial trees planted in a National Forest in memory of your loved one.
Funeral services provided by:
Denton-Wood Funeral Home
MAKE A DONATION
MEMORIES & CONDOLENCES
5 Entries
R.B. Was a great friend and coworker that I knew for many yrs ,you will be missed greatly but will never forgoten he was a very kind man this is such a tragic loss way to soon prayers for the family and may you R.I.P.
Burton Hubbard
January 4, 2016
The small group that RB worked in is a very tight nit hand picked team which is why it feels like we lost an irreplaceable brother. God bless and condolences to the family. RB will be missed.
Mark Davis
January 2, 2016
Rest in Peace RB you will never be forgotten,such a great guy , glad i had the chance to work with you at EPD
Danny Brito
January 2, 2016
Robert was one of the most decent persons I have ever known. Friendly,funny,& I will never forget him. See you on the other side R.B..
Michael Hardesty
January 1, 2016
Sincere condolences to your family.
I was saddened and moved to prayer and reflection upon getting word of R.B. While your loss is great and beyond comprehension, there are simply no words that I can offer to ease your pain and sorrow. Please know, however, that your family remains in the thoughts and prayers of many.
Pete Rodriguez
January 1, 2016
Showing 1 - 5 of 5 results