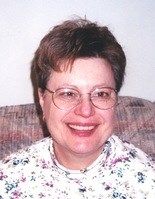 BORN
February 20, 1946
DIED
April 15, 2021
FUNERAL HOME
Slater-Butala Funeral Home - Genoa
132 West Main Street
Genoa, IL 60135
Barbara Ann Bradford
Born: February 20, 1946 in DeKalb, IL
Died: April 15, 2021 in Genoa, IL
Barbara Ann Bradford, 75, passed away April 15th, 2021 in her home in Genoa, IL from a brief butbrave battle with cancer.
She was born February 20, 1946 in DeKalb, IL to Ira and Hazel Plager. Barbara grew up in DeKalband in high school met Gene Bradford from Genoa, IL. They dated and attended his Senior Promtogether in 1964. After graduating from DeKalb High School she graduated from Rockford MemorialHospital School of Nursing in 1967. She and Gene were married on June 15, 1968. They moved toGenoa in 1971.
Barb was a homemaker, babysitter, Sunday school teacher and Girl Scout Troop Leader thru the1980's. When Gene owned Gene's Market in Genoa, Barb operated the tangent bakery.
She was an active member of Faith United Methodist Church of Genoa, P.E.O, and volunteer forlocal organizations including the Kishwaukee Valley Heritage Society and Genoa Public Library.
Barb always had a baking, gardening or sewing project in her hands. She enjoyed making cakes andpies and spending time with her friends in the community and visits with her family. Since retirementin 2005 she and Gene enjoyed exploring the world with tropical vacations and fall driving toursaround Lake Michigan. However she was often just as content close to home with a good antiquesfair and Midwestern pot luck dinner.
Barb is survived by her loving spouse of 52 years, Gene Bradford of Genoa; daughters and theirspouses, Cherie and Rich Kraft of West Chicago, and Kris and Ken LaCerda of Chicago; fourgrandchildren: Cassidy Kraft of West Chicago, Elliot Kraft of New Brunswick NJ, Benicio andAugustus LaCerda both of Chicago. She is survived also by her two brothers and their spousesRobert and Elaine Plager of Naples, FL and Gary and Jan Plager of Golden Valley MN., as well assister-in-law Ruth Ann Cronin with spouse Barry Cronin of Ft. Meyers Fla. Barbara has four niecesand one nephew.
She is preceded in death by her parents Ira and Hazel Plager.
A celebration of her life will be held at a later date.
A memorial fund will be established at Faith United Methodist Church in Genoa in care of the Slater-Butala Funeral Home, 132 W. Main St., Genoa, IL. 60135.
To sign the online guest book or share a special memory, go to www.ButalaFuneralHomes.com

To plant trees in memory, please visit our Sympathy Store.
Published by Daily-Chronicle from Apr. 16 to Apr. 17, 2021.
MEMORIAL EVENTS
No memorial events are currently scheduled.
To offer your sympathy during this difficult time, you can now have memorial trees planted in a National Forest in memory of your loved one.
Funeral services provided by:
Slater-Butala Funeral Home - Genoa
MEMORIES & CONDOLENCES
Sponsored by Slater-Butala Funeral Home - Genoa.
16 Entries
When we first moved to Genoa we had the pleasure of meeting Barb & Gene selling corn & other vegetables etc. from a truck in front of the local museum, and from working dinners held by the Church. Barb & Gene were, it seemed, always working for the good of the Church and Community.
Gene and Family, we are saddened by your loss and offer our deepest sympathies, may Barb Rest In Peace with the Lord.
Dave & Margaret Tierney
Acquaintance
May 23, 2021
Gene, Cherie, Kris and families, I was so shocked and saddened when I read this. I have so many memories of time with Barb. What stands out is her kindness and genuine interest and concern for others. She will be missed. Our love and deepest sympathy to all of you.
Brian & Julie Atkinson
April 22, 2021
Gene and family, I am so sorry to hear that Barb passed away. You have my deepest sympathies.
Mary Jo Larson
April 20, 2021
Gene, Cherie, Kris and families, please accept our deepest condolences at this time. Barbara was such a vibrant person and our memories of her are so special. She will be missed.
Karen and Gary Zielinski
April 19, 2021
I'm so saddened to hear of Barb's illness and passing. The world will never be the same without her brownies, hard working hands, and generous heart! Biggest of hugs and prayers to Gene and the family.
Amber Mueller
April 19, 2021
Gene and family sorry to hear of Barb's passing. May God comfort you
Robert D Larson
April 19, 2021
With our sincere sympathy. She was a lovely lady.
Mark and Laurie Hartwig
April 18, 2021 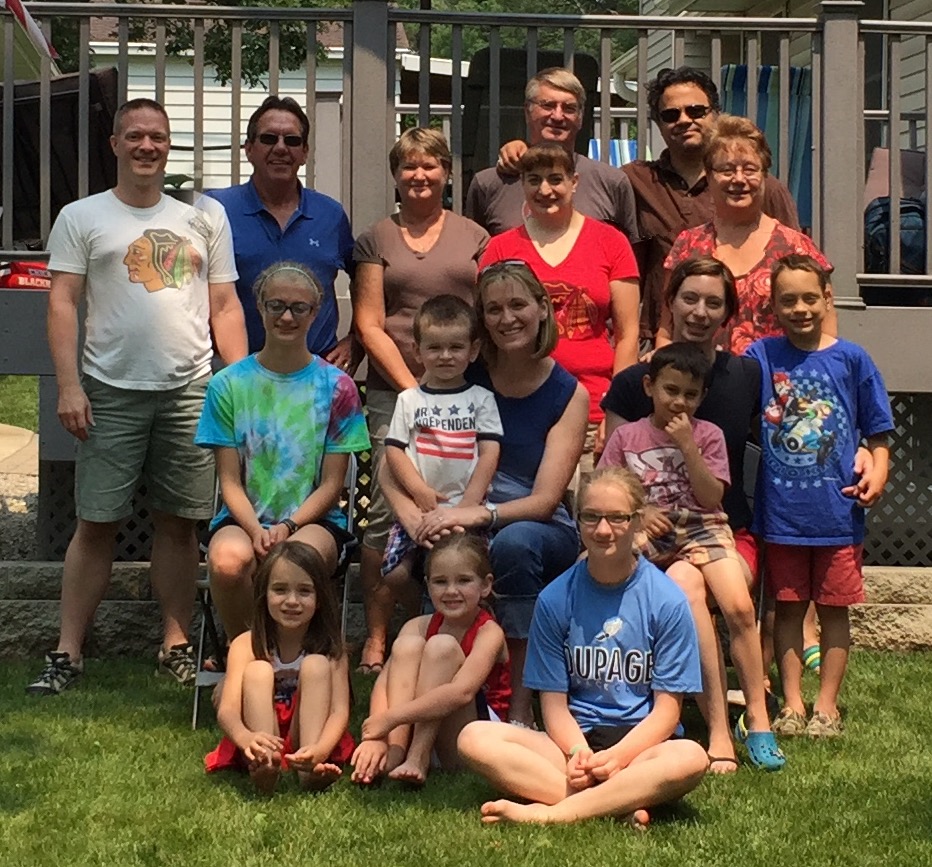 Gene our thoughts and prayers are with you at this difficult time. Barb was a wonderful sister-in-law and touched a lot of people´s hearts in her lifetime. We will all have fond memories of our many family get togethers throughout the years. God bless Barb
Barry Cronin
April 17, 2021
Blessed are they who mourn for they shall be comforted.
May God comfort your hearts,
ease your suffering, and
give you hope, strength and
peace in the coming days.
We are so sorry for your loss.
Frank & Carol Engel
April 17, 2021
Barbara babysat me as a child. My condolences to her family.
Susan Golden Feinberg
April 17, 2021
May God bless you and your family in this time of sorrow.
robert & carol Weishaar
Coworker
April 17, 2021
So sorry for your loss she was such a wonderful person.
Jim and Gloria Kush
April 17, 2021
Her talents and love of the community will be missed. She has touched many lives through her commercial and volunteer efforts. May Gene and the Bradford Family savor the great memories of her.
GORDON JONES
Friend
April 16, 2021
We are pained to hear about this loss of a dear neighbor and friend. Barb's adventurous and loving spirit brought so much to our community. We will miss her very much. Our deepest condolences to Gene and family.
Ron and Christi Slavenas
Friend
April 16, 2021 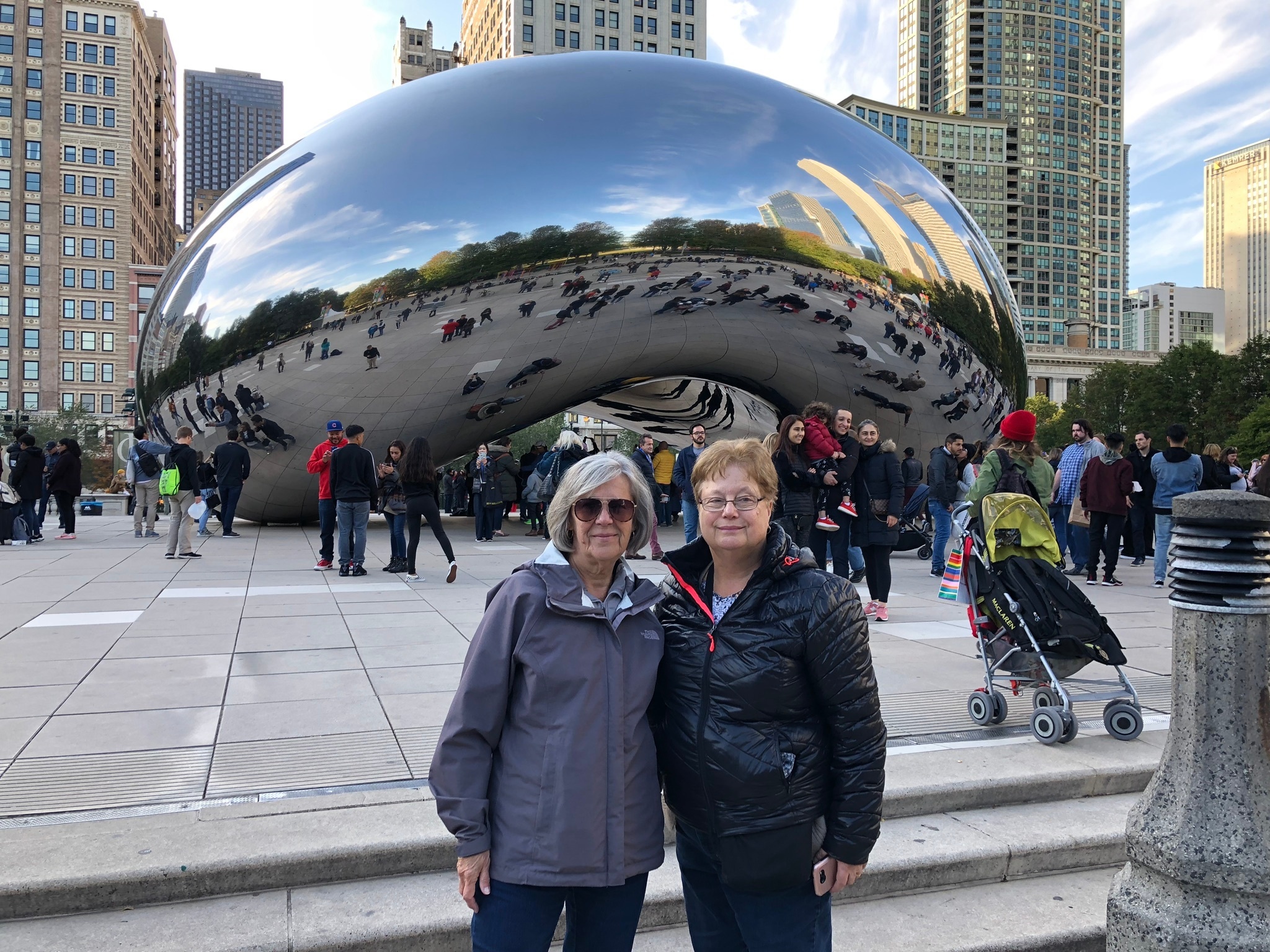 In loving memory of a wonderful person. We will love you and miss you always.
Vickie & Denny Bressler
Friend
April 16, 2021
Gene & family my heart aches and eyes are teary to learn of Barb’s passing. Alady that shared her kindness & love for all. She will be missed. Please know I have all of you in my thoughts & prayers. May each of you find comfort during this time.
Blessings, your friend Lori Ireton
Lori Ireton
Friend
April 16, 2021