BORN
June 1, 1928
DIED
April 23, 2021
FUNERAL HOME
Anderson Funeral Home
2011 S. Fourth St.
Dekalb, IL 60115
Dorothy S. Latimer
Born: June 1, 1928
Died: April 23, 2021
Dorothy S. Latimer, 92, of Clare, Illinois, passed away peacefully Friday, April 23, 2021, at Central DuPage Hospital in Winfield.
She was born at home on June 1, 1928, in Rural Malta, Illinois, as Dorothy Sophie Hedwig the daughter of German Immigrants, G. Reinhold and Hedwig (Honeck) Gommel. She was baptized August 25, 1929 at the Zion Evangelical / United Brethren Church northwest of Malta and in the late 30's, the family joined St John's Lutheran Church in Creston. Dorothy married Bruce Edward Latimer on June 8, 1958, at St. John's Lutheran Church in Creston.
For Dorothy's entire life she lived on a farm. She received her first through eighth grade education in one room schools in Malta Township including Hueber, Deily and Vesta. Dorothy was a 1946 graduate of Malta High School, where she was President of her senior class and was the Secretary for her junior class. After High School she attended Rockford Business College where she received her secretarial education. Dorothy was formerly a Creston telephone operator, after that she worked at Wickham Locomotive in Rochelle and Ragsdale Insurance in DeKalb. From 1949-1961 she worked for Northern Illinois University Health Services and was secretary for Dr. Otto Keller. She put her secretarial career on hold to raise her family by being a farmer's house wife. In 1983 she started working at Pearcy Grain Services in Clare, and for a short time as secretary for DeKalb Wesleyan Church before retiring.
Dorothy was a member of St John's Lutheran Church in Creston for over 80 years and was the congregational secretary for over 50 years. She enjoyed playing the piano for services in her church and held various positions on women's committees. Dorothy was also a member of the Evening Circle, and she assisted in making quilts for Lutheran World Relief.
She is survived by her daughter, Debbie (Brad) Dohlen and two grandchildren, Andrew and Benjamin of DeKalb; her son, Steven of Sycamore; brother, Robert Gommel, brother-in-law, Gerald (Charlene) Latimer, and several nieces and nephews.
She was preceded in death by her parents; husband, Bruce in 2020; sisters-in-law, Donna Gommel, Maxine (Barney) Ball and June (Larry) Garcia; brothers-in-law, Gary Latimer and Robert Latimer; father and mother-in-law, George and Bessie Latimer.
A Graveside Service will be held at 11:00 a.m. Saturday, May 1, 2021, at Fairview Park Cemetery in DeKalb, with Rev. Robert L. Hansen officiating.
Visitation will be from 4:00 p.m. to 8:00 p.m. Friday, April 30, 2021, at Anderson Funeral Home in DeKalb.
In lieu of flowers, memorials can be made to the Dorothy S. Latimer Memorial Fund, addressed to the Latimer Family in care of Anderson Funeral Home, Ltd., P.O. Box 605, 2011 South Fourth Street, DeKalb, IL 60115.
For information, visit www.AndersonFuneralHomeLtd.com or call 815-756-1022. 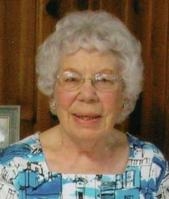 To plant trees in memory, please visit our Sympathy Store.
Published by Daily-Chronicle from Apr. 27 to Apr. 28, 2021.
MEMORIAL EVENTS
Apr
30
Visitation
4:00p.m. - 7:00p.m.
Anderson Funeral Home
2011 S. Fourth St., Dekalb, IL 60115
May
1
Graveside service
11:00a.m.
Fairview Park Cemetery
, DeKalb, Illinois
Funeral services provided by:
Anderson Funeral Home
MEMORIES & CONDOLENCES
Sponsored by Anderson Funeral Home.
3 Entries
Debbie and Steve, You have my deepest symphathy on the recent loss of your mother. She and your father, Bruce, were such special people. My life is richer for having known your parents. You and your entire family are in my thoughts and prayers. Well done, good and faithful servant...enter into the joy of your Lord.
Lisa Jacobson
Friend
May 3, 2021
My heartfelt sympathy goes out to the family for their loss. I will never forget Bruce and Dorothy´s kindness when my car got stuck on Rich Rd at 7:00am in a blizzard. They pushed my vehicle into the safety of their farmyard, invited me into their home and made me coffee. They were so helpful and kind to me. I hope her family members can have some peace with their own memories of her.
Cary Nelsen
May 2, 2021
Steve and Debbie, You have my heartfelt sympathies on the loss of your mother. You are all in my thoughts and prayers.
Mike Fleming
May 2, 2021