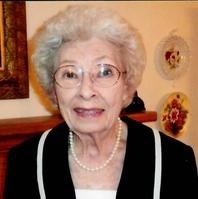 BORN
October 30, 1919
DIED
May 2, 2021
FUNERAL HOME
FINCH FUNERAL HOME - DE KALB
310 OAK ST
De Kalb, IL 60115
Elma Phyllis McCormick
Born: October 30, 1919
Died: May 2, 2021
Elma Phyllis McCormick 101, of DeKalb, IL, passed away on May 2, 2021 in the DeKalb Area Retirement Center-Oakcrest. She was born on October 30, 1919 at Northwest Malta in the home of her grandfather, Gottlieb F. Hueber Sr. built in 1863. She was the youngest of seven siblings of William N. and Sadie (Reinima) Hueber. Phyllis was a member of the 4th generation of the Hueber clan. She attended the Hueber one room grade school, District #71, located at the corner of Malta Road and Rich Road. She graduated from DeKalb Township Highschool in the class of 1937. Phyllis was a dental assistant for Dr. E.L. Smith and receptionist for Dr. Don A. Frantz. Phyllis married John R. McCormick, the love of her life on February 22, 1941. Coincidentally, the same day her parents were married in 1900. Phyliss joined John thru his Cadet days to become a B17 pilot for W.W.II and on thru his 27 years as Command Pilot for B-36 and B-52 aircraft. That is where she learned to play bridge. In due time she became a Bronze Life Master duplicate bridge player, loving the competition. After John's retirement, they traveled near and far. Phyllis became interested in genealogy. They traveled four separate flights to Germany and Luxembourg to seek dates of her ancestors of her four grandparents. In doing so she found many living relatives which was exciting. She continued to keep in touch with many. In fact, one cousin from Enwlihingen, Germany calls every Christmas Day. After five years of dedicated long hours of hard work, she completed four separate genealogy books of her grandparents going back into the 1700's to 1985. Many families have a copy of their genealogy. Phyllis is survived by her sister Evelyn Luoma, sister-in-law, Rosann Shipman and many nieces and nephews. She is preceded in death by her dear husband, Lt. Col. John R. McCormick, happily married 67 years, her parents Will and Sadie Hueber, her brother Floyd, sisters, Hazel, Ruth, Lucille, and Marion. Funeral mass will be held on Friday May 7, 2021 at 10:30am in St. Mary Catholic Church in DeKalb with Father Dean Russell officiating. Burial will follow the mass at Fairview Park Cemetery in DeKalb. Please arrive early so you may sign the guestbook and greet the family, due to COVID-19 restrictions mask and social distancing is required. The family would like to thank all of the staff at Oakcrest Health Center for all their love and compassion throughout the years. Arrangements were entrusted to Finch Funeral Home 310 Oak St. DeKalb, IL 60115 815-758-3841.
Join Zoom Meeting
https://us02web.zoom.us/j/7804646918?pwd=b2ZvdzFOamE5cW4vVHoxQTk0bmNOQT09
Meeting ID: 780 464 6918
Passcode: FFH2020

To plant trees in memory, please visit our Sympathy Store.
Published by Daily-Chronicle from May 3 to May 5, 2021.
MEMORIAL EVENTS
May
7
Funeral Mass
10:30a.m.
St. Mary Catholic Church in DeKalb
Funeral services provided by:
FINCH FUNERAL HOME - DE KALB
MEMORIES & CONDOLENCES
Sponsored by FINCH FUNERAL HOME - DE KALB.
3 Entries
My deepest thoughts and prayers to you and family. Sorry for your loss. I knew Phyllis for a long time. Very sweet lady
Sue Lippmann
May 12, 2021
Always enjoyed going to visit Phyllis and listening to all the stories of John and her life. The beautiful work she did on our family Genealogy will always be remembered and she will be deeply missed.
Loti Ehmen Catron
May 4, 2021
So very sad to hear of Phyllis´ passing. I didn´t know her very well, but I know she was an awesome and generous lady. Prayers and thoughts are with the family at this time.
Cindi Bergsmith Warren
May 3, 2021