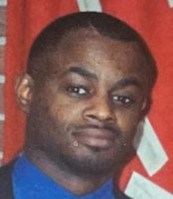 BORN
1964
DIED
2021
FUNERAL HOME
McHenry County Memorial Park - Woodstock
11301 Lake Ave.
Woodstock, IL 60098
Frederick James Williams
Born: October 30, 1964
Died: April 18, 2021
Frederick James Williams was the fourth child of Eddie James Williams and Betty Sue Williams-Holt; he was born on October 30, 1964 in Milwaukee, Wisconsin. He confessed his faith and his love for the Lord at an early age.
Frederick attended Sycamore Public Schools and graduated with the Class of 1983. Frederick in his youthful days participated in wrestling and went down state and won awards. Frederick was also a Military Veteran who served in the U.S. Army as a cook. Frederick was known for his great love of cooking. He was the "master chef" at many gatherings that he and his (fiancé) Kim would host.
Frederick was known to many of his friends as "Freddie" or "Cheffredro." Kim his (fiancé) said that he would often refer to himself as a "Rastafarian." He was a quiet sweet soul and everyone that knew him loved him. He had a great love for children, his family and those who knew him, lovingly called him "Mr. Belvidere".
He was preceded in death by his father, Eddie James Williams and his mother Betty Sue Williams-Holt, his grandmother Mary Francis Davis, great-aunt Mildred Stewart (Aunt Millie) who also helped raise him; great-uncle Reuben Poole, great-aunt Helen Davis and his play brother, Tommy E. Shered.
He leaves to cherish his memories; his fiancé Kim Lake and his two stepsons Terry and Tyler Harris and his step-daughter Courtney Harris and two adopted sons, Marques Knight and Joshua Mittlestaedt. In addition to two step-grandsons, Kiandre and Kamarion Harris.
His sister Tammie (Michael) Shered, brother Edwin James Williams, sister Sonja (Ian) Knowles, sister in-love Sherrie Spires. His nieces and nephews Kisha Shered, Monique Shaw, Jason Shered, Renee Williams, Jarrod (Katie) Williams, Blake Craig, Natasha Williams, Courtney Williams, Ian Knowles Jr., Kyle Knowles, and Kristina (Tawan) Love. Nine great-nieces and nephews: Alim, Assata and Ahmad Shah, Teo Faber, Rosie Collins, Mila and Kyson Williams, Kali and Kobi Love. He also leaves to cherish his memory, his special brother-friend, Victor Bomar
and a host of close loved ones.

To plant trees in memory, please visit our Sympathy Store.
Published by Daily-Chronicle from Apr. 29 to Apr. 30, 2021.
MEMORIAL EVENTS
No memorial events are currently scheduled.
To offer your sympathy during this difficult time, you can now have memorial trees planted in a National Forest in memory of your loved one.
Funeral services provided by:
McHenry County Memorial Park - Woodstock
MEMORIES & CONDOLENCES
Sponsored by McHenry County Memorial Park - Woodstock.
1 Entry
I am so sorry for your loss. Fred was like a brother to me and will be deeply missed by many. God Bless . Kim if you want to contact me here is my number. 815 975 1252 sending prayers to all.
Keith Anderson
May 4, 2021