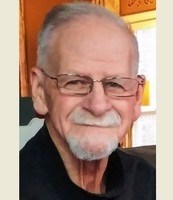 BORN
1945
DIED
2021
FUNERAL HOME
FINCH FUNERAL HOME - DE KALB
310 OAK ST
De Kalb, IL
Jimmy Allen Gregory
Born: November 15, 1945 in Mount Vernon, IL
Died: February 1, 2021 in DeKalb, IL
Jimmy Allen (Bud) Gregory, of Dekalb, IL, passed away on February 1st, 2021, at the Dekalb County Rehab and Nursing Center. He was 75 years old.
Bud was born on November 15, 1945, in Mount Vernon, IL, to Robert and Christine (Brookman) Gregory.
Bud was preceded in death by his father, Robert Gregory, mother, Christine Green, and two sisters (Patricia and Barbara).
Bud was most well known for his role in the fitness and bodybuilding community. He first entered the world of fitness and bodybuilding in 1983, at Champions Gym, in Rockford, IL. He was the very first member of Champions, even before the doors had officially opened. He quickly went from member to employee. Thus, a long and successful career in the field of fitness and bodybuilding was born.
Years later, Bud moved to the Dekalb-Sycamore area and began working at Fourth Street Fitness, followed by The Wright Athletic Club, and finally, Fitworkz. After retiring from Fitworkz, Bud was in charge of the fitness facility at Stone Prairie, where he lived at the time.
Bud played a crucial role in the Northern Illinois fitness and bodybuilding community for over 30 years. He won many trophies and titles along the way, including Mr. Rockford and Mr. Illinois, just to name a few. More importantly, Bud won countless hearts along the way.
Bud is survived by his daughter, Wendy (Brian) Kapple, Four grandchildren; ( Mackenzie, Joseph, Luke and James), One great-grandson; (Miles), Four sisters; (Janice, Ginger, Debbie, and Vicki), Two brothers; (Bobby and Ronnie) and
Many nieces and nephews.
A Celebration of Life will be held on Friday, August 20, 2021, from 5:00PM till 8:00PM in the DeKalb Columbus Club 1336 East Lincoln Highway DeKalb, IL, 60115.

Published by Daily-Chronicle from Aug. 2 to Aug. 13, 2021.
To plant trees in memory, please visit the Sympathy Store.
MEMORIAL EVENTS
Jul
23
Celebration of Life
5:00p.m. - 8:00p.m.
DeKalb Columbus Club
1336 East Lincoln Highway, DeKalb, IL
Funeral services provided by:
FINCH FUNERAL HOME - DE KALB
MAKE A DONATION
MEMORIES & CONDOLENCES
Sponsored by FINCH FUNERAL HOME - DE KALB.
8 Entries
I was a member of Wright Athletic Cub when "Bud" was there. Very nice man. I have a feeling he touched a lot of people, So sorry for your loss.
Karen Cribben
August 6, 2021
Rest In Peace Bud.
Jackie Gregory-Welch
Friend
February 14, 2021
Rest in peace "Bud" you have definitely touched the lives of a lot of people. I can remember the night I met you. Great memories.
Joel Unger
Friend
February 13, 2021
Bud was a great guy and loyal friend. He will be missed. many sympathies to his friends and family.
Bob Watson
Friend
February 11, 2021
Bud always brought a smile to everyone’s faces with his kind words and soft smile. He will be missed greatly.
Maddie Barrett
Acquaintance
February 8, 2021
I met Bud at Fitzwork and what a lovely person he was! He was always professional and personable. He was a friend by many! He will have a special place in my heart as a kind soul.
Kay Loch
Acquaintance
February 5, 2021
Bud, you will be dearly missed. You were a great man who always made us smile. Thank you for all the great times and memories!!! Watch over us all!!! Keeping your family in my prayers too
Dan Wojcik
Friend
February 5, 2021
I knew Bud from Fitzwork. Always a smile and a happy greeting loved talking to him, sad when retired. A good fellow
Judy Sisler
February 5, 2021
Showing 1 - 8 of 8 results