BORN
1927
DIED
2010
FUNERAL HOME
Anderson Funeral Home
2011 S. Fourth St.
Dekalb, IL
John Selfridge, mathematician, computer pioneer and philanthropist, 83, of DeKalb, Ill., died on Halloween, Oct. 31, 2010, just a week after his mentally-challenged daughter Margaret flew out to celebrate her birthday in his hospital room. John Selfridge, a mathematician's mathematician and a bon vivant's bad-boy, has found his last prime number and sung his last Al Jolsen song.
Born in Ketchikan, Alaska, the youngest of six children, he earned degrees from the University of Washington and UCLA and taught at various universities and greatly (exponentially?) expanded the Northern Illinois University Math Department during his tenure as chair. He also served as executive editor of Math Reviews. His Number Theory Foundation supported mathematicians, particularly graduate students, to attend conferences and join the larger family of number theorists.
For the last 10 years, Selfridge lived at the Oak Crest retirement community in DeKalb, regularly leaving for karaoke, math conferences, and ocean cruises. Before falling ill in the year 2000, Selfridge was an "itinerant mathematician," (his tax-preparer's description), visiting family, colleagues and ex-girlfriends all over. Selfridge was a pioneer in utilizing computers. As a graduate student in the 1950s, he used the 13 commands of the early SWAC computer to find two of the then-largest-known prime numbers. In February of this year, another computer search found a very large factor – 54 digits long – which proved Selfridge's 1964 conjecture that a certain Fermat number was not a prime.
He was a news junkie and life-long Democrat, often battling the U.S. State Department for denying visas to his friend Paul Erdos and other world-class mathematicians just because they had passports from Eastern Block countries. He is survived by daughters, Margaret and Barbara, an ex-wife and step-daughter, all of California; a host of nephews and nieces – he was "the Unc" – and many devoted personal attendants. More information about Selfridge's life is available online, at Wikipedia, at his daughter Barbara's Facebook page, and through the American Mathematical Society.
Selfridge's body has been donated to medical science, and there will be a memorial at 4 p.m. Saturday, Nov. 13, at Anderson Funeral Home, 2011 S. Fourth St., DeKalb.
For information, visit www.AndersonFuneralHomeLtd.com or call 815-756-1022.
In lieu of flowers, donations of any size can be made, tax-deductible, to The Number Theory Foundation, Math Department, Dartmouth College, Hanover, NH 03755.
To plant trees in memory, please visit our Sympathy Store.
Published by Daily Chronicle from Nov. 11 to Nov. 14, 2010.
MEMORIAL EVENTS
No memorial events are currently scheduled.
To offer your sympathy during this difficult time, you can now have memorial trees planted in a National Forest in memory of your loved one.
Funeral services provided by:
Anderson Funeral Home
MAKE A DONATION
MEMORIES & CONDOLENCES
7 Entries
A larger-than-life personality, an author of many fine papers. John will be sorely missed.
Gerry Myerson
November 17, 2010 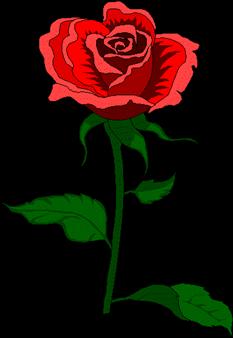 I attended the 80th birthday of John Selfridge in Urbana. He is really great researcher and human being and fabulous number theorist. His Number Theory Foundation helped me visit USA for many times from Cairo, Egypt. I wished Egypt know this person. I will write about him for Egypt and Arab world. He is more than great mathematician.
Mostafa Ibrahim O6U University, Egypt http://www.o6u.edu.eg/
Dr. Mostafa Ibrahim
November 16, 2010
John was my very entertaining colleague at the University of Washington, and at various math meetings after he left U.W. He will be missed.
Tom Hungerford
November 16, 2010
John was a great man, and one of the most colorful people I have ever known. I first met John at the West Coast Number Theory Conference in 1992. I was a new Phd struggling on the academic job market who was about to abandon all thoughts of a career in academia. John and Andrew Granville cheered me up (over some gins and tonic), and together they
changed my life.

John was a great man.
Ken Ono
November 15, 2010
I didn't know him, but I knew his work well.
Jud McCranie
November 13, 2010
With fond memories of our association at Northern Illinois University. Appreciated his being a mentor to me.
Chaian Gupta
November 11, 2010
Drew Burton
November 11, 2010
Showing 1 - 7 of 7 results