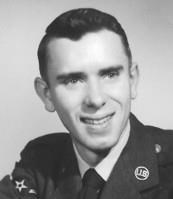 BORN
1932
DIED
2021
William F. Busby
Born: February 24, 1932 in DeKalb, IL
Died: March 27, 2021 in DeKalb, IL
William F. Busby 89, of DeKalb but previously from North Aurora, IL and Huntington Beach, CA, passed away peacefully on Saturday March 27, 2021 after a short illness at Northwestern Hospital, DeKalb surrounded by his loving family. Bill was born February 24, 1932 in DeKalb, IL.
Bill was born in DeKalb IL, to his parents Frank and Elizabeth "Beth" (Kerwin) Busby. Bill honorably served his country in the United States Air Force during the Korean War. He married the love of his Life Margaret (Marge) Mitchell from Rantoul, IL on September 15, 1956. They settled in North Aurora and raised their family there. Out of that beautiful 49-year union, they had three children Pam, Jeff and Scott.
Bill was Past Commander of the American Legion Post 312 in Maple Park and a North Aurora Lion.
Bill is survived by his loving children, Jeff & Connie Busby, Scott & Andrea Busby, His 7 Grandchildren and 4 great grandchildren. He leaves behind many Nieces and Nephews and Jerry & Linda Busby his cousin who was more like a brother.
Bill was preceded in death by his loving wife, Marge in 2005, his most beloved daughter Pam in 2020, his parents, Frank in 1961 and Beth in 1994, his sister and brother-in-law Bonnie (1986) and Russ (2000) Meyer.
As per his wishes, he will be cremated, and at a future date the family will have a celebration of his life, and burial of his ashes at St Mary's Cemetery in Maple Park, IL alongside his beloved Marge.
The family requests donations be made in his honor to the The American Legion or The Lions Club.
Arrangements are entrusted to Moss Family Funeral Homes, 630-879-7900 or www.mossfuneral.com

To plant trees in memory, please visit our Sympathy Store.
Published by Daily-Chronicle from Apr. 1 to Apr. 3, 2021.
MEMORIAL EVENTS
No memorial events are currently scheduled.
To offer your sympathy during this difficult time, you can now have memorial trees planted in a National Forest in memory of your loved one.
Funeral services provided by:
Moss Family Funeral Home - Batavia
GUEST BOOK
Sponsored by Moss Family Funeral Home - Batavia.
2 Entries
Our prayers go out to the Busby Family in this very difficult time. Our families often got together in Maple Park or Aurora. The latest was in California. Our parents were such dear friends. So sorry to hear about Pam. Prayers to all.
Mary Beth Grzywa Voorhaar
April 4, 2021
Great Husband.Dad,UncLe, Cousin,& Friend who will be missed by many. Loved by many Lived his Faith and served his country. You join all those who have gone before you.
Joan Quinn Hall
April 1, 2021