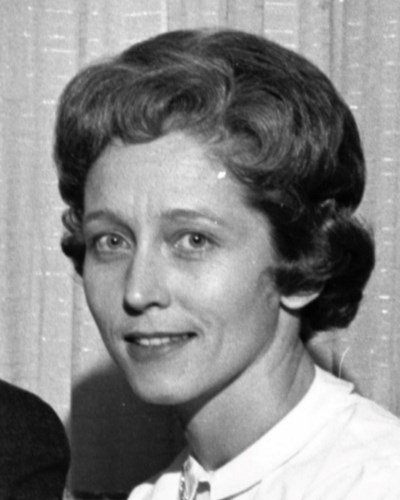 Ellen (Will); her great-grandchildren: Caleb, Jack, Max, Amelia and Calvin. She was preceded in death by her sister the late Dorothy Ann Lengerman, brother Doug Hunter, and her husband Richard Creal. Born on December 7, 1930 in Ann Arbor, Michigan to Roy and Lena Hunter and raised in Ann Arbor with summers at Whitmore Lake, Barb was both a tomboy and a Queen Elizabeth type lady. She was 11 years old when Pearl Harbor was attacked. Her daddy broke the news to her during her birthday party that the world was at war. This instilled in Barb a very high level of patriotism and service to others. She proceeded to collected rubber and metals to support the war. She also sold war bondswith her daddy. Barb played field hockey in high school when equipment was non-existent, and water ski'd with the best of them at the lake. She grew into becoming the first lady for Prairie State College, located in Chicago Heights, Illinois, as her husband Richard was college president, as well as becoming one of the top volunteers the world could ask for. Along the way she raised two sons, Bill and Tom. Working as a medical typist for over 65 years and as the Manager of the thrift shop that she co-founded in 1977, her leadership of the volunteers was enough each year to purchase a van for Grand Prairie Services to allow for patient transportationfor those that couldn't afford it. She was named Volunteer of the Year in 2014. She was also known just as "Barb". Not to just her co-workers, but to family and friends too. It was always Grandma Barb or just Barb. She insisted on always being just one of the gang. As a tribute to Barb, a Holiday Luncheon honoring the Repeat Boutique Volunteers will be held next month. A date will be announced soon. Inurnment at Bethlehem Cemetery in Ann Arbor, Michigan and a reception at Whitmore Lake, Michigan in the summer of 2022. For information or to sign the guestbook please visit www.Heartlandmemorial.com

or call Heartland Memorial Center at 708-444-2266. In lieu of flowers, Memorial Donations may be directed to Grand Prairie Services Residential Clients through Repeat Boutique at www.GPSBH.org

Published by SouthtownStar on Nov. 28, 2021.
To plant trees in memory, please visit the Sympathy Store.
MEMORIAL EVENTS
To offer your sympathy during this difficult time, you can now have memorial trees planted in a National Forest in memory of your loved one.
MAKE A DONATION
MEMORIES & CONDOLENCES
4 Entries
Rest in Peace my dear cousin.
Joe Loukotka
Family
January 1, 2022
Bill and Tom, I just wanted to offer my condolences on your mom´s recent passing. My mom Nancy, also recently passed away on December 9th. Hope all is well with you !
Curt Pillsbury
Friend
December 22, 2021
Dear Tom, Diane, and family, I'm so sorry that I didn't have an opportunity to meet your mother - it sounds like she was an amazing woman (and quite the trailblazer). Sending my love and deepest condolences. Praying for each of you - that during this time of loss, may you find comfort in one another and in knowing that your Mother, though absent from us, was ushered into glory at God's perfect timing.
Barb O'Brien
Other
November 29, 2021
Sounds like your mom was a wonderful person and had an amazing life, I´m sorry for your loss, my prayers are with you and your family.
Matthew Neher
November 28, 2021
Showing 1 - 4 of 4 results