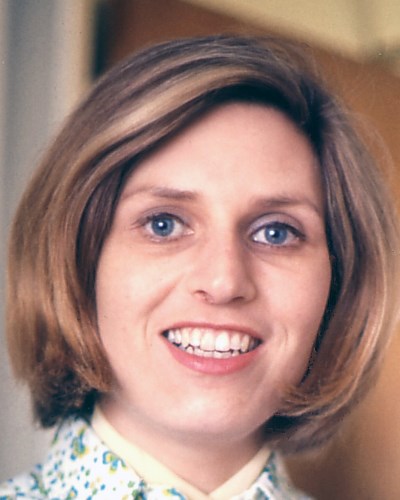 For three decades, Dolores (sometimes called Dee) taught mostly fifth and sixth graders in several school districts, including Downers Grove and Oreana, Illinois, and in Phoenix, Arizona. However, she considered her years at Lakewood Elementary School in Park Forest to be the best of her career. She also enjoyed living in Park Forest, which at this time (1965-1969) had a Marshall Field's and its own thriving mall. She and her family lived in a co-op on Choate Road (her sons Jeff and Greg went to Dogwood School). On occasion, she was heard to say, "We should never have left."

Dolores appreciated Chicago's rich educational possibilities, such as taking field trips to the Field Museum, a Picasso exhibit at the Art Institute, or (her students' favorite) the Museum of Science and Industry. In the classroom, Dolores used a number of creative techniques, many of which she developed in Park Forest, such as reading aloud in class with each student taking a part in a play, or asking students to put pencil to paper and keep writing (even if it meant repeating the same word) in order to develop writing fluency. She always put a stop to students teasing each other, and said "My biggest job as a teacher was to provide a safe place to learn."

She particularly credited her principal at Lakewood, Kermit Eby II, with providing an enthusiastic, innovative atmosphere in which to work. When Kermit decided to transfer to DeKalb, he asked his favorite teachers, including Dolores, to join him. But this was not to be, for Dolores and her husband Lee – who worked at Joliet Central High School as a guidance counselor – had decided to go back to school. After graduating from Indiana University with an M.A. in Education, Dolores went on to teach in Phoenix. Meanwhile, as she learned to her disappointment, Lakewood School was closed in 1986.

Dolores was raised in Sun Prairie, Wisconsin, when it was a small town. She received her B.A. from St. Olaf College in Northfield, Minnesota, where she started dating her future husband Lee Evans (who had grown up on Chicago's west side, graduating from Steinmetz High School). They later retired to Tucson, but continued to travel back to Chicago, Sun Prairie, and Indiana.

Her unexpected death from heart-related problems was a shock to her family, relatives, and friends. Her absence is an inalterable subtraction from our own lives, and she will always be in our thoughts. From time to time, she may also be remembered by her students. In fact, years later, in Phoenix, she went to see a doctor who looked at her, looked at the name on her medical record, and said "You're Mrs. Evans from Lakewood, aren't you?" He recalled learning in her class about the skin and other subjects in an interesting, memorable way, while she remembered that he especially liked science class.

She will be buried next to Lee in his family graveyard outside Logansport, Indiana.

Published by SouthtownStar on Jul. 4, 2021.
To plant trees in memory, please visit the Sympathy Store.
MEMORIAL EVENTS
To offer your sympathy during this difficult time, you can now have memorial trees planted in a National Forest in memory of your loved one.
MAKE A DONATION
MEMORIES & CONDOLENCES
0 Entries
Be the first to post a memory or condolences.