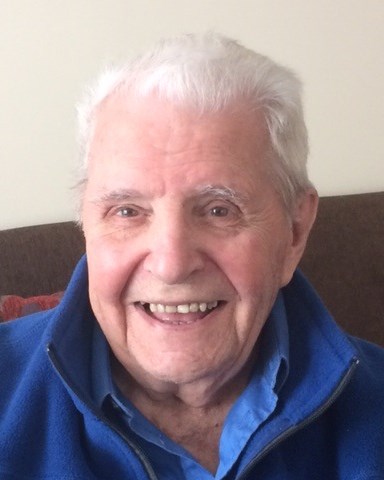 Frank Joseph Alexson, age 97, of Palos Park, IL passed away peacefully July 28 with family by his side. Beloved husband of the late Olympia (nee Cattoni). Preceded in death by his parents Theodore and Anna, and brother Daniel, and in-laws: Helen (Henry) Gutzwiller, Theodore (Matilda) Cattoni, Albert (Eileen) Cattoni, and Raymond Cattoni. Survived by Olga Cattoni, sister-in-law. Frank was a fond and loving uncle to many nieces and nephews. He proudly served in WWII during the Battle of the Bulge and was awarded the Purple Heart among other military decorations. After serving his country, Frank became a highly trained piping professional with Pipe Fitters Local Union 597. Frank was one of the most talented self-taught metal craftsman creating decorative pieces of art. He was the kindest most generous person you'd ever want to meet and will be truly missed by family and friends. Upon Frank's request, Flameless Cremation provided by AquaGreen Dispositions. Private inurnment will be held at a later date at Abraham Lincoln National Cemetery where Frank will be laid to rest with his wife Olympia. Info: AquaGreen Dispositions (708) 606-0211.

Published by SouthtownStar on Jul. 31, 2016.
To plant trees in memory, please visit the Sympathy Store.
MEMORIAL EVENTS
To offer your sympathy during this difficult time, you can now have memorial trees planted in a National Forest in memory of your loved one.
MAKE A DONATION
MEMORIES & CONDOLENCES
5 Entries
So hard to think you're gone. My brother & I shared many loving & fun times with Uncle Frank & Wimp and I'm so very thankful I was able to spend time with him last summer. He was a special man with the sweetest smile & so much love for me & my brother as my parents were the best of friends all the way into their 90's. We still have his beautiful creations on our walls. Love you & miss you Uncle Frank..xox
Lynn Dalrymple Joyce
Centennial Colorado
Lynn Dalrymple Joyce
August 1, 2016
I am sorry for your loss. May prayer comfort you.

1 Thessalonians 5:17 "Pray constantly."
August 1, 2016
May God give your family strength during this time of grief. Take comfort in his words found at 2nd Thessalonians 2:16,17
DS
August 1, 2016
I am saddened to hear of Frank's passing. We are blessed to have known Frank and he was loved by so many. We will hold on to our happy memories of him so that he is alive in our hearts and will continue to live on.
Love and Prayers,
Jolene, Erich, Michael, Conner, Chandler and Avianna
Jolene Rosamonda
July 31, 2016
Sending our deepest condolences to the family for your loss. May you draw close to God during this difficult time and he will draw close to you.
David and Althea
July 31, 2016
Showing 1 - 5 of 5 results