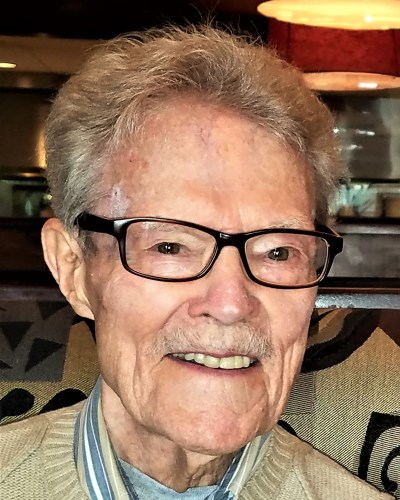 Bob was very proud of his service in the Army and was a veteran of both WW 2 and the Korean war. He was a lifelong member of Steger VFW Post 8283 and a true patriot.

He loved to work and play golf. He retired in 1990 from Ford Motor Company's Chicago Heights Stamping Plant and moved from South Chicago Heights to Naples Florida. There he was able to play golf year-round and started a second career with Albertson's.

He and Peggy later moved to Las Vegas where he could continue both his employment at Albertson's and year-round golf. After retiring a second time from Albertsons, he and Peggy moved to Central Florida to be close to family.

Along with Peggy he is survived by his son Kevin (Silvia), daughter Pamela Fidanzi (Mario), 4 grandchildren, 1 great grandchild and another great grandchild on the way, and many nieces and nephews. There will be a gravesite memorial service Saturday, October 2 at 11:00AM at Skyline Memorial Park in Monee. His beautiful smile will be missed.

Published by SouthtownStar on Sep. 22, 2021.
To plant trees in memory, please visit the Sympathy Store.
MEMORIAL EVENTS
Oct
2
Graveside service
11:00a.m.
Skyline Memorial Park
Monee, IL
MAKE A DONATION
MEMORIES & CONDOLENCES
1 Entry
Peggy and family So sorry for your loss. My prayers and thoughts are with all of you. Many great memories of the good times we shared. Bob, may you rest in peace.
Lois Lane
Friend
September 25, 2021
Showing 1 - 1 of 1 results