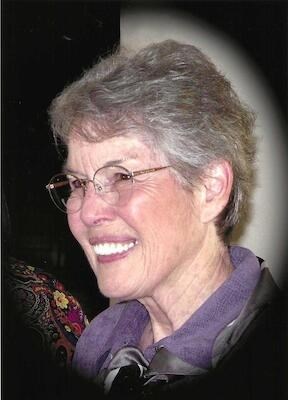 Farmington - Jane Vickery Wilson was born in Jackson, Mississippi in 1937 and grew up in Shreveport, Louisiana, where she attended South Highlands Elementary School and Byrd High School. In 1961, she met her husband, Stu. Moving to Portland, Oregon to join him, she enrolled at Portland State College, where she completed work for her Bachelors degree in English. She and Stu soon celebrated the birth of their daughter, Leslie, in 1963. In 1965, their second daughter, Julie, arrived. Jane felt an intense obligation to be a full-time mother and wife.

While Stu served in the military, the family lived in several places: Washington D.C.; San Antonio, Texas; Okinawa, Japan; and El Paso, Texas. It was in El Paso where she completed a Master's degree in counseling. By 1982 opportunity brought the family to Farmington, New Mexico, where she and Stu have lived for 38 years.

Very early on in her life, it was clear that Jane was an artist, both in music and painting and music. Never formally trained, she played the piano by ear from a young age and shared her talent informally with family and friends. Even more so, it was widely acknowledged within the family that Jane was born with a paintbrush in hand. As a young child, walls were her canvas. During her grammar and high school years, she often served as the class artist, creating banners and other works in support of activities. Upon graduation, she attended Parsons School of Design in New York City. Completing her study there, she continued her education at the University of Arkansas and at San Francisco State. Prior to graduation, she took a full-time position as Art Director at KVAL in Eugene, Oregon.

Jane spent her whole adult life as a professional artist. In the 1970's, she discovered and fell in love with a fabric art medium combining the skills of design and machine appliqué. Her one-of-a-kind pieces, marketed as Montiks, were sold in galleries, and collectors of Jane's work grew throughout the United States, as well as abroad. They included President and Mrs. Ronald Reagan, the family of renowned cardiac surgeon Dr. Michael DeBakey, the Singer Sewing Machine Company's private collection in New York City, and Italian and German museums. In the mid-1970's, the Singer Company honored Jane with a one-woman show at Rockefeller Center in New York City. Her art also appeared on magazine covers and in national magazines.

During Jane's gallery years, frequent requests from quilting enthusiasts for patterns of Jane's art form inspired her next chapter. She began creating patterns for machine appliqué quilts with a particular focus on animal designs. Each year Jane published a new collection of patterns to sell through national quilting catalogs and in quilt stores throughout America and Canada. Jane also appeared on the PBS television feature, "Lap Quilting," where she demonstrated her art techniques.

During the 1980's Jane assisted Stu in his medical practice by managing the professional business office until Stu's retirement in 2007. Jane then began a new path in her personal art history. She resumed an early love of cartooning, and enjoyed the role of one of two cartoonists employed by New Mexico Magazine. Her cartoon series, "Lost In the Desert," appeared monthly. In addition to the cartooning, Jane discovered the intriguing art form created by the aborigines of Australia: dot art. Using acrylics on canvas, Jane evolved the techniques into her own style of dot art.

Jane had a generous and compassionate spirit. During her last decade, she enjoyed creating art for family and friends, leaving them with her signature style of beauty and love of color. Jane was a great supporter of education and forged a close professional relationship with Gayle Dean, Executive Director of San Juan College Foundation. Gayle became one of her closest personal friends. Jane also maintained other lifelong relationships including her 50-year year friendship with Pat Patrick of New Jersey.

Oh, she will be missed! Her easy laugh, her humor, her unique and decisive perspective on life, were all markers of a determined woman who loved God and her family deeply. Jane believed in angels, and there is no doubt that she is having lively conversations with them in heaven.

Because of the Covid Pandemic, there will be no funeral or memorial service.


Published by Farmington Daily Times from Oct. 21 to Oct. 23, 2020.
To plant trees in memory, please visit the Sympathy Store.
MEMORIAL EVENTS
To offer your sympathy during this difficult time, you can now have memorial trees planted in a National Forest in memory of your loved one.
Funeral services provided by:
Alternative Choice
MAKE A DONATION
MEMORIES & CONDOLENCES
Sponsored by daily-times.com.
1 Entry
Dear Stuart and family. I'm so sorry for your loss. I am honored to have known Jane while living in NM and still hold her quilt patterns as some of my favorites. Her memory lives on.
Peace and comfort to you all.
Frances Owl-Smith
Frances OWL-SMITH
Friend
October 24, 2020
Showing 1 - 1 of 1 results