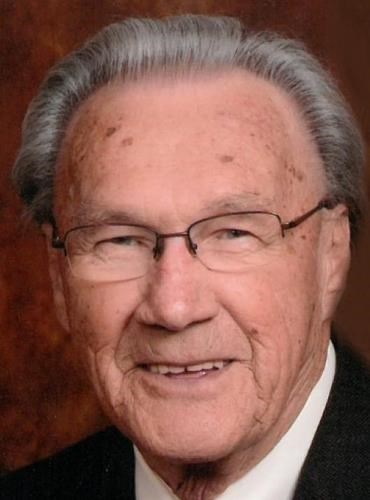 GREENVILLE - Gerald D. Sharp, age 88 of Greenville, Ohio passed away Thursday November 18, 2021 at the EverHeart Hospice Care Center of Greenville. Gerald was born March 21, 1933 in Greenville Township Darke County, Ohio and the son of the late Charles A. and Mabel C. (Mann) Sharp.

In addition to his parents, he was preceded in death by his brothers Wayne Sharp, Max Sharp, Adrian Sharp, George Sharp, and Jack Sharp: sisters Marjorie Strait and Jo Ann Thompson and a great grandson Grayson Cassidy.

He was a Veteran serving in the U.S. Army in the Korean War from 1953 until 1955. He was a mail clerk at the 21st Station Hospital in Pusan, Korea. He was a 30 year employee for D.G. & U. Trucking in Greenville and Commercial Motor Freight working in Cincinnati in sales from 1963 until 1965 and becoming manager in Greenville until 1985. He later worked at Production Support of Russia.

A Celebration of Life will be held at 11:00 AM Tuesday November 23, 2021 in the St. John Lutheran Church 7418 State Route 121-N. Greenville, Ohio with Pastor Alliyah Greaver officiating. Burial will follow in the St. John Church Cemetery. The family will receive friends on Tuesday from 10:00 AM until time of the services in the church.

It is the wishes of the family that Memorial Contributions be given to EverHeart Hospice of Greenville, St. John Lutheran Church or Darke County Cancer Association.

Condolences for the family may be sent to www.zecharbailey.com.

Published by The Daily Advocate from Nov. 23 to Nov. 24, 2021.
To plant trees in memory, please visit the Sympathy Store.
MEMORIAL EVENTS
To offer your sympathy during this difficult time, you can now have memorial trees planted in a National Forest in memory of your loved one.
Funeral services provided by:
Zechar Bailey Funeral Home
MAKE A DONATION
MEMORIES & CONDOLENCES
0 Entries
Be the first to post a memory or condolences.