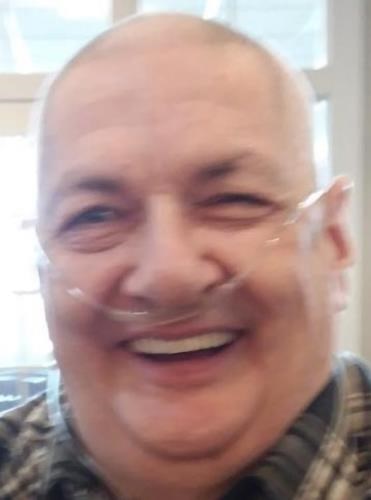 GREENVILLE -- James D. North, 81, of Greenville, Ohio, met His Lord and Savior, face to face, on Tuesday, November 9, 2021, after a lengthy battle with COPD and a very short battle with lung cancer.

Jim's very life was a miracle as he was born very prematurely at home on March 20, 1940. His survival was by the grace of God and due to the loving care provided by his parents, Berlin and Mary Ellen (Kump) North.

Jim attended Greenville schools and went on to proudly serve his country in the U.S. Army.

He was always a very hard worker, mixing and pouring concrete at Permacrete Products for 16 years, followed by a career at the Greenville Walmart where he enjoyed working in the hardware department. Walmart was a perfect job for a guy like Jim who loved to talk to people. He truly "never met a stranger"!

One of Jim's favorite things to do was to sit at one of the local restaurants with a hot coffee or a cold Arnold Palmer (that's half tea-half lemonade - make sure you make it right or he will let you know!) and chat with the employees and the other customers. In fact, it was in doing just that back in 1973 that he met the woman who would become his wife. Jim married Rosanne Smedinghoff on May 28, 1974. She liked to joke that she didn't marry him for his money (he didn't have any!) or for his good looks (he did have those!) but because he had a short, easy to spell last name! Together they rode the roller coaster of marriage for 47 years. Although they weren't blessed with children, they did raise an assortment of four-legged furry "kids". Jim so loved his canine companions and feline friends, that upon entering heaven, he planned to ask to be put in charge of all God's animals there.

Most days Jim could be found playing games on the computer, watching Westerns on TV that he had already seen at least a hundred times, or sitting by the door waiting for yet another Amazon package to be delivered (Note to wives: Don't teach your husband how to shop online if he doesn't know how!)

Because Jim lived the last 6 years of his life "leashed" to an oxygen tank, if he could share any words of wisdom with you now, they would be "Don't ever start smoking! And if you already have, quit now!" He knew it was possible to quit with God's help because that is what God did for him. Jim worshipped his Lord at the First Assembly of God Church in Greenville whenever his health permitted.

In addition to his wife, he is survived by brother-in-law, John Smedinghoff, of Muncie IN; sister-in-law, Sandy Smedinghoff; nephew, Mark Smedinghoff; and niece, Kim Smedinghoff, all of Buffalo Grove IL; several other nieces and nephews; and his beloved cat Thomas.

Guests may visit with James' family on Monday from 10:00 AM until the time of the service at noon at the funeral home.

A private graveside service will take place at a later date at Greenville Union Cemetery.

Online condolences may be shared with the family by visiting www.tributefuneralhomes.com.

Published by The Daily Advocate from Nov. 23 to Nov. 24, 2021.
MEMORIAL EVENTS
Funeral services provided by:
Tribute Funeral Home
MAKE A DONATION
MEMORIES & CONDOLENCES
0 Entries
Be the first to post a memory or condolences.