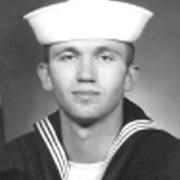 BORN
1981
DIED
2012
FUNERAL HOME
Greenwood Memorial Park & Mortuary
4300 Imperial Ave
San Diego, CA
John Keith Bemis, 30, of Delphos, died Aug. 7, 2012, at his residence.
He was born Sept. 28, 1981, in Greenville, son of Tony and Sue (Reddy) Bemis of Delphos.
Surviving are his parents; three sisters, Allie Bemis of Cleveland, Mary-Frances ""Fran"" Bemis, stationed in Guam with the U.S. Navy, and Christine ""Christy"" Bemis stationed in England with the U.S. Navy; a brother, Ted Bemis of Florence, S.C.; grandparents, Sue and Jack Reddy and Don and Naomi Bemis; aunts and uncles, Cheryl and Scot Story, Diane and Greg Ray, Patrick Reddy, Martha and Dan Lehman and John and Sandy Reddy; cousins, Ethan and Sean Story, Christopher and Kathleen Ray, Elizabeth, Victoria and Caroline Lehman and Joe, Sarah, Nick and Kathleen Reddy; and future brother-in-law, Maroun "Moon" Nammour.
Preceding him in death were his great-grandparents, Bernard and Martha Reddy, John and Marie Mazziotti, Theodore and Mary Elizabeth Yount and Ernest and Melissa Bemis.
He loved to cook and entertain. He was a part of the Delphos St. John's football team which won the state championships in 1997 and 1998. Keith also ran cross country during his senior year to stay in shape so that he could join the Navy. Keith also ran track all fours years of high school.
He as a member of St. John the Evangelist Catholic Church and graduated in 2000 from Delphos St. John's High School. He earned his associate's degree in criminal justice and marketing from San Diego State University and was also working toward his bachelor's degree.
At the time of his death, Chief Petty Officer Bemis was on active duty with the U.S. Navy in San Diego. Bemis began his career by serving on the U.S.S. Lake Champlain and providing support to ground troops during the first Afghanistan campaign. The Navy recognized him as Sailor of the Month in February 2004 for his efforts in preventing a fire which could have destroyed his ship.
After that, Bemis was recruited for the Navy in west Texas where he was the top recruiter. Recently, Bemis served as an engineer on the U.S.S. Independence and was awarded the Navy and Marine Corps Achievement Medal for Navigation in the Panama Canal.
Mass of Christian Burial will be Tuesday at 11 a.m. at St. John the Evangelist Catholic Church, officiated by MSGR Chris Vasko. Burial will be in St. John's Cemetery, where there will be military grave rites by Navy Patriot Guard and by the Delphos Veterans Council. There will be a Parish wake on Monday at 7:30 p.m. with a full Rosary service to follow.
Visitation will be Sunday from 5 to 8 p.m. and Monday from 1 to 3 and 5 to 7 p.m. at Harter and Schier Funeral Home, 209 W. Third St., Delphos. Memorial contributions may be made to the John Keith Bemis Memorial Scholarsh?ip Fund.

Published by The Daily Advocate from Aug. 16 to Aug. 17, 2012.
To plant trees in memory, please visit the Sympathy Store.
MEMORIAL EVENTS
To offer your sympathy during this difficult time, you can now have memorial trees planted in a National Forest in memory of your loved one.
Funeral services provided by:
Greenwood Memorial Park & Mortuary
MAKE A DONATION
MEMORIES & CONDOLENCES
Sponsored by The Keith Bemis Family of Delphos, Ohio.
22 Entries
your family loves and misses you very much. We are very proud of you.love, mom and dad. Rest in peace, Keith.
Tony Bemis
September 7, 2013
Christine I hope you will email me at [email protected] I met your brother at the Post Office 3 years ago. We became friends instantly. We exchanged numbers and stayed in contact until the last year or so. I remember that Keith would always be so happy when he received packages from home. Several times I would make him a very large pan of sausage, peppers and onions along with garlic bread. He was a good cook and as everyone knew he loved to eat. Please email me when you can.
Rose estrada
October 18, 2012
ALCON, I can't say how much I appreciate the supportive words in my family's time of need. I am Christine ''Christy'' Bemis, and he was the reason why my younger sister Mary Frances ''Fran'' joined the Navy. Keith was a wonderful brother. If any of you guys ever need anything, please don't hesitate to contact me.
Christine Bemis
September 10, 2012
Fair winds and following seas shipmate. Thank you for everything Keith, you taught me a lot and helped me to be a better person and a better sailor. You will be missed pal!
Joseph Breitfeld
August 26, 2012
To the family of Keith, know that his Navy family loved him very much and he will be sorely missed. Keith and I were stationed at LCS Classron when I was there 2008-2010. He was a great friend and shipmate. May God bless you and keep you through this very difficult time, my prayers are with you all and I will pray the Rosary for Keith.
Bobbi Coleman-Johnson
August 25, 2012
Shipmate, it was an honor to serve with you. I will miss you!
Juan P Rodriguez
August 24, 2012
Keith - you will be missed. I am without words to express how much your family, friends and fellow shipmates will miss you. You were always the "go to guy" on mission day. Farewell, my fellow Chief.

Angela Chason
August 24, 2012
It was an honor to have met you. Your outgoing sense of humor, your good mornings and your good nights, made a huge impact in my life.. Your were such a smartie pants in class.. and when i first met you about 4 years ago I remember you telling me "Why do these teachers love you so much Alex?" And then u reeled me in! Thanks for helping me through school, and my tough times.. I miss you so much.. Words can not discribe the sorrow I feel. I hope to see you again someday amigo. My condolences to the Bemis Family and Friends.
Alejandra (Alex) Villanueva
August 23, 2012
It was my honor to stand for you today at your service, and I'll pray the Lord will watch over your family as they mourn your passing. Bear Ohio PGR
August 21, 2012
to a great shipmate who thought of others before himself.A hard , dedicated person.God have you in glory for all your great work on this earth.
shipmate at NRD San Antonio
August 21, 2012
Keith you will be missed, but we will never forget your smile, kind heart and funny sense of humor. God Bless the family. Ya'll are in our prayers.
Cecilia Carrasco
August 20, 2012
RIP Shipmate "Fair winds and following seas"
August 20, 2012
Keith,
It was an honor to have served with you on LKC. You will be missed shipmate.
Shawn Brawley
August 18, 2012
Keith was a good leader, a great friend, and a tremendous sailor. We worked together at Navy Recruiting Station San Angelo, where he continuously pushed for excellence and just about always achieved it. It is a lesser world without him.~Go with God, Shipmate.~
Josh Fagan
August 16, 2012
RIP Chief Petty Officer Bemis. You were a great shipmate and an even better person. May God Bless those who love you during this difficult time.
Keith Monaghan
August 16, 2012
Keith,
Your going to be missed, was proud to have served with you on Lake Champlain. Rest Easy CHIEF.
August 16, 2012
Keith was the best of the best. Thank you for your service and your friendship. I will miss you always!
Vicki Putman
August 16, 2012
So sorry for your loss. A fallen hero and fellow Chief who will be remembered in our prayers.
Mike Maynor
August 16, 2012
Keith
I hope you find peace. I will always cherish our talks and the analytical input you were famous for. Carry on Chief you will be missed
Bill Witt
August 16, 2012
Keith and I were best friends when he lived here in San Angelo, and remained close when he moved to San Diego...he was an amazing person with a huge heart and a smile that could light up the entire room. He was such a caring person and went out of his way to help others. I miss him every day....
Katrina Sanchez
August 14, 2012
Keith was a great friend. Hadn't talked to him in while, but he left a lasting impression on me while both in the navy and out of it. He will be greatly missed. Fair winds and following seas, shipmate.
Justin Marshall
August 13, 2012
Keith was a kind person with a huge heart, he will be missed.
A T
August 13, 2012
Showing 1 - 22 of 22 results