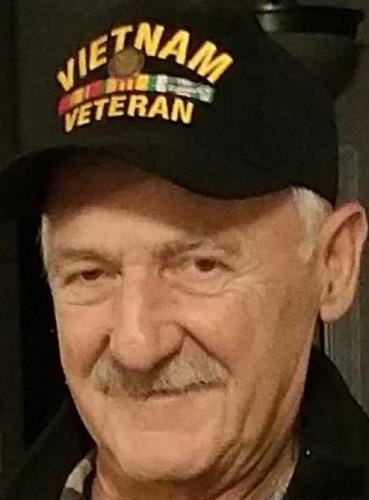 GREENVILLE - Richard Jacob Norris age 71, of Greenville passed away at 11:55 am Wednesday, November 17, 2021, surrounded by family at Reid Health in Richmond after a courageous battle with cancer.

Richard was born April 7, 1950, in Greenville to the late Isaac J. & Kathryn K. (Schmidt) Norris. In addition to his parents Richard was also preceded in death by a brother, Clarence Norris; and brothers-in-law, Harold Sharp and Donald Zeller.

Richard served in the U.S. Army during the Vietnam War. He retired from Spartech Plastics in Greenville after 27 years of service. He was a member of East Zion Church in Greenville. Richard was known for his flannel shirts, pipe smoking and love for Prince Albert pipe tobacco. Richard enjoyed woodworking, restoring old cars, collecting antiques, being outdoors and wildlife. Richard was very meticulous about his lawn and loved mowing his and his neighbor's lawns.

A funeral service will be held at 2:00 pm Tuesday, November 23, 2021, at Zechar Bailey Funeral Home in Greenville with full military honors conducted by the Greenville Veteran's Honor Guard. Burial will follow in Abbottsville Cemetery in Darke County. The family will receive friends Tuesday from 12:00 to 2:00 PM at the funeral home. Condolences for the family may be expressed through www.zecharbailey.com

Published by The Daily Advocate from Nov. 23 to Nov. 24, 2021.
To plant trees in memory, please visit the Sympathy Store.
MEMORIAL EVENTS
To offer your sympathy during this difficult time, you can now have memorial trees planted in a National Forest in memory of your loved one.
Funeral services provided by:
Zechar Bailey Funeral Home
MAKE A DONATION
MEMORIES & CONDOLENCES
0 Entries
Be the first to post a memory or condolences.