Published by The Daily Advocate from Nov. 24 to Nov. 25, 2021.
To plant trees in memory, please visit the Sympathy Store.
MEMORIAL EVENTS
Nov
29
Visitation
2:00p.m. - 6:00p.m.
Stocker-Fraley Funeral Home, Bradford
131 W. Oakwood St., Bradford, OH
Nov
30
Visitation
9:00a.m. - 10:00a.m.
Old German Baptist Brethren New Conference
Covington, OH 45318
Nov
30
Funeral service
10:00a.m.
Oakgrove German Baptist Church
7816 Martin Road, Bradford, OH
Funeral services provided by:
Stocker Fraley Funeral Home
MAKE A DONATION
MEMORIES & CONDOLENCES
6 Entries
We send our deepest sympathy to all the family of Vivian Crist, a family very devoted to their mother. Several years ago, we had planned to try to get to her funeral when that time arrived; however, we are unable to come due to health issues. We first met "Miss" Vivian when she came to SC to visit her daughter Jackie and her family. We invited them over for a meal to get to visit with "Miss" Vivian. She was delightful and we had an enjoyable evening getting to know her. I found out later that she especially liked the coconut pie I had made for dessert that night so when Jackie and Steve drove up to visit her, I would send her a coconut pie. She wrote me the nicest, interesting notes, and her penmanship was beautiful. We corresponded back and forth. I saved and cherish every note she wrote. A special lady and a special friend she was to me. The photo I sent earlier was a picture of "Miss" Vivian and her daughter, Jackie Lohr, eating coconut pie, and that photo stays on my refrigerator!
Chuck and Jean Felkel
November 28, 2021 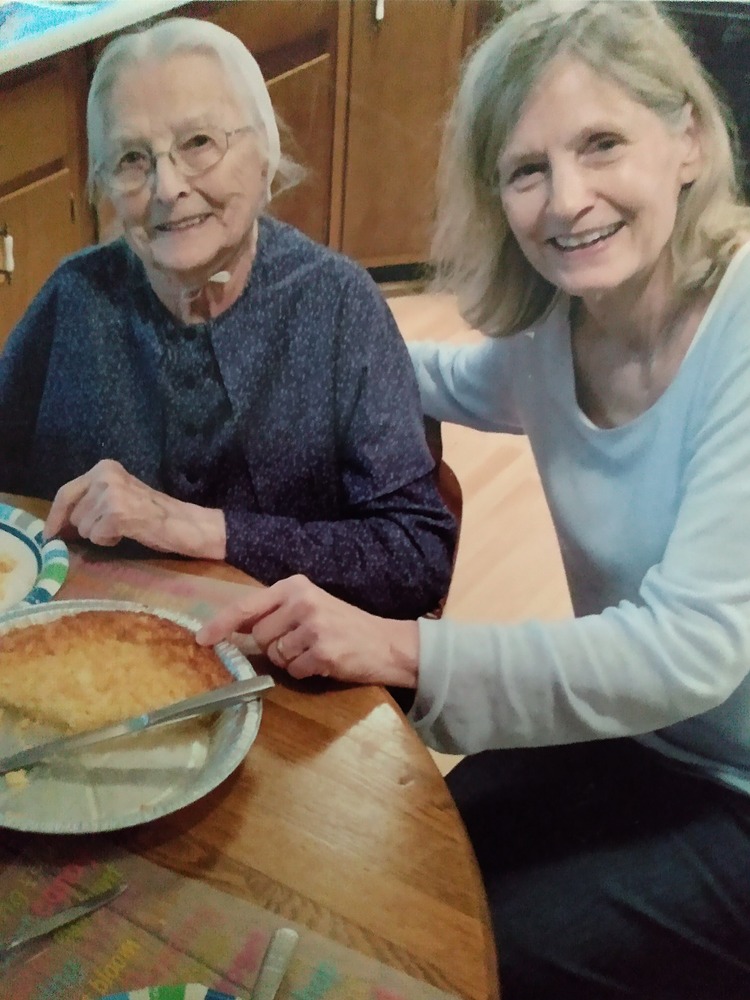 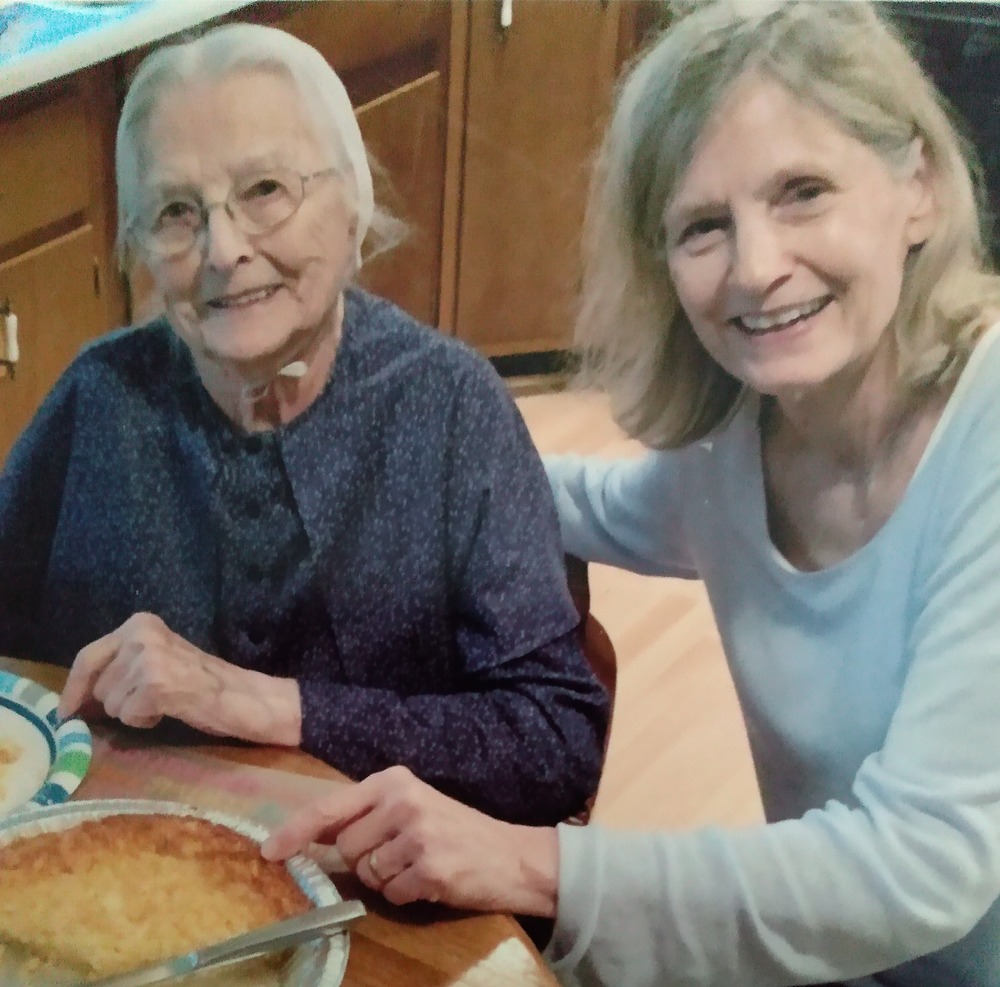 Chuck and Jean Felkel
November 28, 2021
We send our deepest sympathy to all the family. May God grant you peace and comfort during this time of grieving. I met "Miss" Vivian when she was visiting her daughter Jackie and family in SC. She had a meal with us and was such a delightful guest. We enjoyed getting to know her. I found out later that she really liked the coconut pie that I made for dessert that night so I would make one and send it by Jackie and Steve when they drove up for a visit. "Miss" Vivian and I corresponded some. I was so impressed with her interesting notes and her beautiful penmanship! I have kept and cherish each note that she wrote to me. She is a special lady and a special friend. Chuck and I had talked several years ago about trying to be present when this time came. Jackie and Steve are dear friends, and we wish we could be there; however, right now we are having health issues. We are thinking of you and praying for you. I am going to try to post a sweet photo that I keep on my refrigerator.
Chuck and Jean Felkel
November 28, 2021
I had the privilege of knowing Wayne & Vivian and their children for many years. Fond memories of times at their home. I am acquainted with all the children. However, the daughter Marion has been a dear friend for 60 plus years as we were in school together at Miami East. We have grown closer as friends in more recent years. Seeing each other at locations in Troy when she would be getting something special for her Mom. It was evident that Marion had a heart of care towards her as I feel certain her siblings likewise do. Such a privilege to have someone in your life for so many years. My sincere sympathy to all with love and many caring thoughts. I can relate to losses as I too have experienced similar scenarios.
Marion's Classmate MEHS 1963
Friend
November 25, 2021
When I was growing up, going to, or better yet, staying a couple days at her home with Uncle Wayne and my cousins was my favorite thing to do and favorite place to go. Always fun things to do and interesting things to learn. She must have possessed an incredible amount of patience, haha.
Gerald Crist
November 25, 2021
Showing 1 - 6 of 6 results