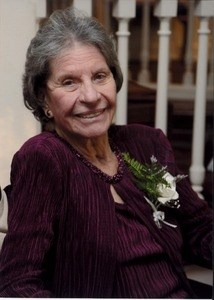 BORN
1928
DIED
2018
Oct 2, 1928 - Aug 2, 2018Kay Conrad, a stalwart community member of the Palos Verdes Peninsula, passed away on August 2, 2018. In her final years, she struggled with immobility and decline in health, but at the time of passing, left the earth in peace. Kay was born in Council Bluffs, Iowa, and spent her childhood years in Lincoln, Nebraska. Her family later moved to Denver, Colorado, where she attended Denver University at the age of 16. She was a reporter, columnist, and editor of the campus newspaper, and after receiving the University's Board of Publications Award for Outstanding Senior in Journalism, she graduated with honors with a BA degree in Journalism in 1948. She was a court reporter for The Daily Journal in Denver, a reporter and editor of The Craig Empire-Courier, and during her ten years as a staff writer at The Denver Post, she wed Paul Conrad, the Post's Editorial Cartoonist, in 1953. After starting their family, Kay and Paul moved to Palos Verdes, California, upon his acceptance of the position of Editorial Cartoonist for The Los Angeles Times in 1963. Kay and Paul quickly became integral members of the PV community, participating actively in various community affairs. Kay was a member of many professional public relations associations and became a highly respected expert in public affairs for which she received multiple awards of recognition for her service to the community. Kay was a strong promoter of women's rights and equality. She dedicated years of activity with The League of Women Voters, including serving as President of the Palos Verdes Peninsula and San Pedro League from 1989-1991 and Communications Director for the state of California LWV from 1993-1995. As a political activist, Kay was instrumental in the incorporation of Rancho Palos Verdes as the fourth city of the Peninsula as a means to preserve open space on the coast. She managed several political campaigns including Marilyn Ryan's as the first Mayor of Rancho Palos Verdes in 1973 and later election to the California State Assembly. Kay's service to the community was manifest as a founding and multi-term member of the Board of Directors for the Little Company of Mary Hospital, a member of the board of advisors to The Trust for Public Land, a member of the Save Our Coastline effort, and the American Cancer Society, serving tirelessly for causes and initiatives that were important to her and Paul. Kay was a consummate Dodgers fan and her devotion to baseball led her and Paul to be integral in the formation of The Silver Spur Little League. Kay is predeceased by her husband Paul Conrad, who has been awaiting her arrival for eight years. Kay was a loving, generous and compassionate mother of four children: Jamie (Lisa), David (Ang‚le Colvin), Carol (Warren Kenner), and Libby Cannizzaro (Steve), as well as two grandchildren, Taylor Conrad and Daniel Colvin. A Funeral Mass and celebration of Kay's life will be held Saturday, August 11, at 1:00pm at St. John Fisher Catholic Church in Rancho Palos Verdes. In lieu of flowers, memorial gifts can be made to the Society of Professional Journalists at spj.org/sdxmemorialgifts.asp.Please sign the guestbook at dailybreeze.com/obits.

To plant trees in memory, please visit our Sympathy Store.
Published by Daily Breeze on Aug. 8, 2018.
MEMORIAL EVENTS
Aug
11
Funeral Mass
1:00p.m.
St. John Fisher Catholic Church
, Rancho Palos Verdes, CA
MAKE A DONATION
MEMORIES & CONDOLENCES
Sponsored by Daily Breeze.
9 Entries
Glad to be reminded of the gratitude owed for the life of this strong and brilliant woman.
Kit Dreyfuss
Other
August 2, 2021
Thanks for the opportunity to reiterate my admiration of Barbara Conrad and appreciation of her exemplary life. I have not forgotten.
Katharine Dreyfuss
Friend
August 3, 2020
God bless you Kay and Paul. I feel blessed to have had you in my life. Good memories. I'm sure that you are both happy together in heaven. Wishing you peace...and wishing your family peace of mind and peace in their hearts... you made the world a better place.
Roberta Stewart
September 15, 2018
Sharing in the sorrow of her passing as we have shared in the joy
of her living with all of us.
with love, Doug and Robin Hinchliffe
Doug and Robin Hinchliffe
August 8, 2018
RPV is grateful for Kay's leadership efforts in creating our beautiful Paradise called Rancho Palos Verdes. Kay has been a tireless leader of all things which are done for the betterment of 'the greater good.' May our Lord keep you among the Angels. Blessings to all family and friends who had the pleasure of knowing this generous, smart and caring woman.
Susan Brooks
Acquaintance
August 8, 2018 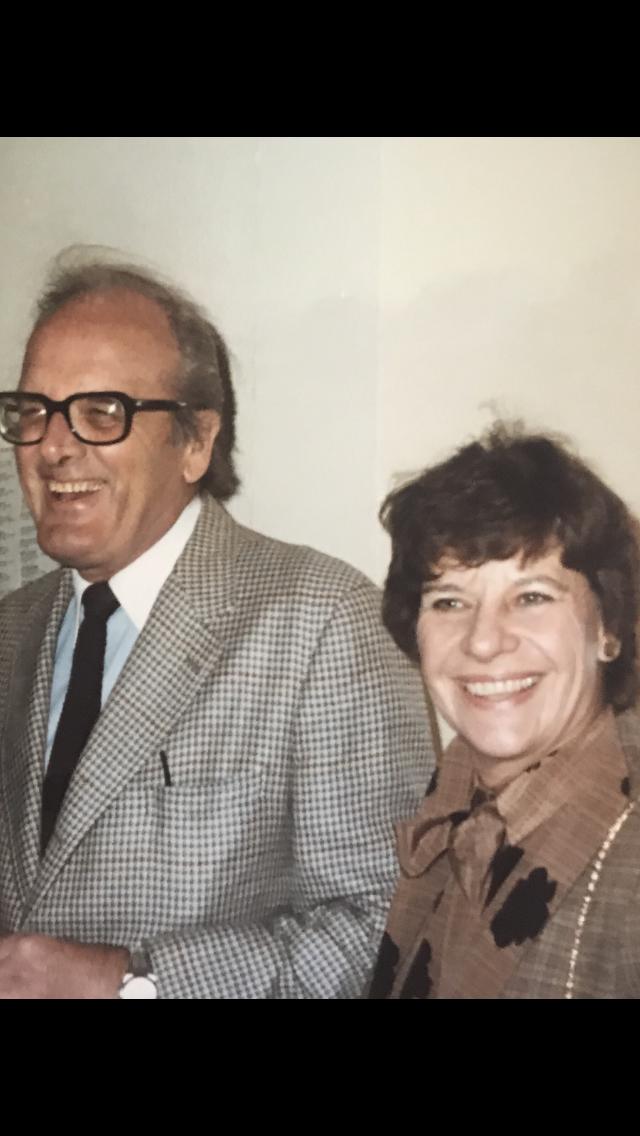 Mary Bowman
August 8, 2018
With deepest sympathy may the power of prayer ease your sorrow, bring you peace and provide much comfort for you during this difficult time.
Matthew 21:22.
August 8, 2018
I remember your kindness, along with with your husband Paul, in welcoming my husband John as a new Los Angeles Times reporter. And I appreciate your leadership in our successful effort to preserve Paul's sculpture, Chain Reaction, in Santa Monica as a symbol of peace in the world. I am grateful that our paths have crossed and I will not forget you.
Kit Dreyfuss
August 8, 2018 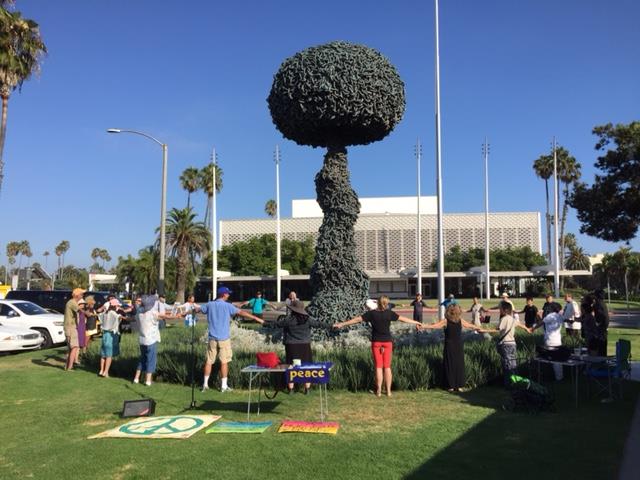 My wife Marissa and I were saddened to hear of the passing of Kay Conrad. She was such a sweet and conscientious woman. We first met her when she came with her son David to our first meeting to help save Paul Conrad's 'Chain Reaction' peace sculpture that stands in the Santa Monica Civic Center. Thanks to Kay, David, the entire Conrad family and a broad-based community effort, Chain Reaction was saved and restored with a peace garden that now encircles it. Our deepest condolences and love go out to the entire Conrad family on the passing of Kay Conrad!
Jerry Rubin
August 8, 2018
Showing 1 - 9 of 9 results