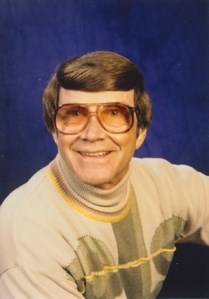 FUNERAL HOME
Green Hills Mortuary & Memorial Chapel
27501 South Western Avenue
Rancho Palos Verdes, CA
03/7/1931 - 08/26/2021 It is with tremendous sadness that Jewel Steele announces the passing of Hans A. Mueller; her life partner of 35 years. Born March 7, 1931, in Zrich, Switzerland, Hans was a butcher by trade, working at the family business. Yet his real passion came from figure skating. Starting off on roller-skates, Hans swiftly transitioned to figure skating, where he became the 1955 Swiss National Champion, competed in the 1955 and 1956 World Champions and then represented Switzerland for the 1956 VII Olympic Winter Games in Cortina d'Ampezzo, Italy. Following the Olympics, Hans headed to America aboard the Queen Mary. Arriving in New York and making his way to Atlantic City he joined the Ice Capades. Together with his skating partner, Darlene Ripepe, in the resoundingly successful act, "Hans and Pepe," he spent the next two decades touring throughout the United States, Canada and Australia. After leaving Ice Capades, in 1976, Hans and Pepe continued the act, touring through Europe with Ice Parade. In the late 1970s, Hans decided to settle down in California, where he began a coaching career at the Skating Edge, formerly know as the Olympic Ice Arena. There he would spend the next three decades training a virtually endless roster of champion skaters. On June 17, 1983, in celebration of the country he loved so dearly that he chose to make it his permanent home, Hans arguably became the proudest American Citizen. Along with Jewel, Hans is survived by many friends and family who love and adore him, including his nieces: Monika Canova, Corina Canova, Karin Kuhn and Barbara Mller. The memorial service will take place Thursday, September 9, 2021, 11:00 AM, at Green Hills Memorial Park 27501 South Western Avenue, Rancho Palos Verdes, California 90275. Thank you to Caring House for the wonderful care and dignity they provided to Hans in his final days. Having their support made a world of difference during this difficult time. To make a donation in Hans' memory, please visit yourcaringhouse.org/donate.

Published by Daily Breeze on Sep. 5, 2021.
To plant trees in memory, please visit the Sympathy Store.
MEMORIAL EVENTS
Sep
9
Graveside service
11:00a.m.
Green Hills Memorial Park
27501 S, Rancho, CA
Funeral services provided by:
Green Hills Mortuary & Memorial Chapel
MAKE A DONATION
MEMORIES & CONDOLENCES
Sponsored by Daily Breeze.
2 Entries
Hello Jewel - so sorry for your loss. . You are in our thoughts.
Debbie (and Hannah)
September 10, 2021
Jewel, I was saddened to hear of Han's passing. You are in my thoughts and am so sorry for your loss, Take care.
Brigitte Carlson
Friend
September 6, 2021
Showing 1 - 2 of 2 results