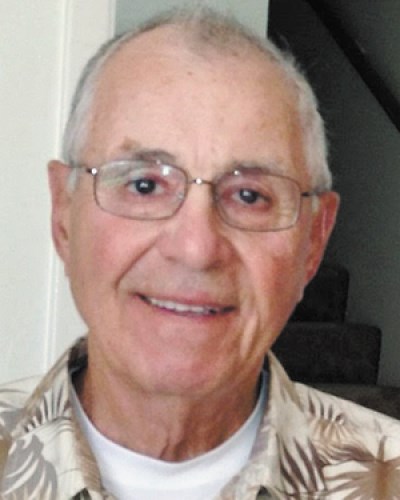 Hendi A. Ancich, 80, of San Pedro, California passed away peacefully on December 20, 2017 surrounded by his loving family following complications related to a form of Alzheimer's disease. Hendi was born on May 6, 1937 on the island of Brac, off the Dalmation coast of Yugoslavia. His family (father Joseph, mother Jermina and brother
Marijon) migrated to the U.S. when Hendi was three years old making their permanent home in San Pedro.

Hendi graduated from San Pedro High School in 1955 and attended Harbor College where he was an All-City lineman in football. He was also the starting center for three semi-pro teams, including the Longshoremen A. C ., South Gate A.C. and Anaheim Rhinos.

Hendi proudly served as a longshoreman for nearly 50 years. In 1982 Hendi began a successful 22-year career as a National Football League Official, which included 16 years as an Umpire followed by 6 years as a replay-official. His career highlights include Umpire in NFL Super Bowl XXIV, two Pro Bowls and two Canton Hall of Fame games. In 2016, Hendi was honored and inducted into the San Pedro Sportswalk to the Waterfront; and in 2017 was inducted into the San Pedro High School Hall of Fame.

Private services will be held for Hendi at his request. Those desiring to honor Hendi may sign the guestbook at www.dailybreeze.com. To donate in his name , please send to: Alzheimer's Greater Los Angeles, 4221 Wilshire Boulevard, Suite 400, Los Angeles, CA 90010.

Published by Daily Breeze from Dec. 28 to Dec. 30, 2017.
MEMORIAL EVENTS
MAKE A DONATION
MEMORIES & CONDOLENCES
28 Entries
jim mosich
December 19, 2018
Angelina Friscia
January 24, 2018
Our condolences. Hendi was one of the best men we've ever known. Our prayers go out to you all.
Eric and Pam Stenehjem
January 15, 2018
We are so saddened to hear of Hendi's passing. Our deep condolences to Sharon and Family. Hendi was a great Gentleman. The memories we carry in our hearts of sharing the 1990 Superbowl (Joe Montana) with he and Sharon and New Orleans friends live on. Hendi helped create an indelible family memory he made possible. These memories live strong with us.
We believe Hendi is "making the calls" in his new home. Bob, Gloria, Anthony Gasperov, Loyal 49'er Season Ticket Holders
January 8, 2018
I'm going to miss our conversations on the phone when I used to call you all the time you were always happy to hear from me we always talk about the NFL and how you season. is gone once in a while golf but I enjoy talking with you I will see you in heaven soon RIP my friend Love Amar
Amar Smith
Friend
January 6, 2018
As I look back at our days together in the Class of 55 Hendi was one of the stars. We knew the future would be bright for him. He never forgot to put his faith, family and community first in his life. He loved football and left his mark across the nation. My prayers for Sharon his lifetime love and all of his family. Anne Hochreich Price.
January 5, 2018
SHARON AND FAMILY
WE WILL MISS HIS SMILING FACE, HE WAS A KIND MAN AND ALWAYS GREETED US WAIT A WARM HELLO
ALL OUR LOVE AND PRAYERS FOR ALL OF YO
RON AND JOSIE ANDERSON
January 4, 2018
I remember Hendi as jovial guy, always in a great mood. I had the pleasure of working on a crew with Hendi and I treasure my time spent with him. He was a great role model for young officials just coming into the league.

Sherri and I offer our deepest sympathies to the Ancich family.
Scott Steenson
January 3, 2018
I am very sorry for yur loss. We have fond memories of Hendi.

May God Bless you during this time of loss. I will always cherish the fond memories of time spent officiating with Hendi.

Doug Toole
Doug Toole
January 2, 2018
Sharon, our deepest sympathies for your loss. We all have great memories of Hendi and feel that we have lost a member of the family. Warmest Regards, the Cheffers
Carl Cheffers
January 2, 2018
My sincere and and deepest sympathy for the loss of Hendi. As a young umpire entering the NFL in 1989, I willl always remember Hendi as one who was willing to share his experience as an NFL umpire.
Many thanks, Hendi.
Ed Coukart
January 2, 2018
Sharon
So sorry for the loss of Hendi. Carrie and my thouhgts and prayers are with you and your family. Hendi wil be missed.
Neil Gereb
January 2, 2018
It was a distinct pleasure to have worked in the same NFL officiating crew with Hendi. He was s solid umpire who, at that time, was positioned just 8 yards from the line of scrimmage where most running plays were focused. He held his ground well and called fouls as they needed to be. He was a good friend off field and a valued crew member. My love and prayers go to Sharon and family. Jim Tunney Referee 1960-1991
Jim Tunney
January 2, 2018
Hendi was always there willing to help and support young football officials like myself who sought his knowledge to improve. His passion for football and officiating was a true inspiration and a guiding path for many of us as we followed his path.

Thank you Hendi for helping me to become all that I could be.

Tony Corrente
NFL Referee
January 2, 2018
Sharon: Very sorry for your loss. Hendi was a great guy, great friend and great official. I will miss him.
Don Dorkowski
January 2, 2018
Don Dorkowski
January 2, 2018
With deepest Sympathy to the Ancich Family.I remember Hendi so well when I played Jr.All-American Football and Hendi was the referee.. And as a Longshore Co-worker..We had many conversations about his NFL career. Always smiled and was pleasant to everyone he came in contact with.. Hendi will be Greatly missed...God Bless..The Bautista Family..
James Bautista
January 2, 2018
Dear Sharon and family our thoughts and prayers are with you. we loved hendi so much. we have been blessed to be friends all these years.we will miss him until we are all together in heaven.A finer man never lived .I always felt I WAS ONE OF your family. Auntie Donna and Woody
Robert Woodward
December 29, 2017
My deepest condolences to the entire Ancich family. May god bless you all. Love Toni
Toni Thebodeau (Benussi)
December 29, 2017
Toni Norcio
December 29, 2017
With deepest sympaties
Randy Abe
December 29, 2017
We r so sorry to hear of Hende's passing , we saw him a few years back and had a nice chat. Our thoughts and prayers r with you all . God Bless Anthony and Tillie Misetich
Tillie Misetich
December 28, 2017
We are so very sorry to hear of Hendi's passing. May God Bless you Sharon &
Family.
Laura & Ron Lopez
December 28, 2017
I am very sorry to all of you for your loss. So many memories as a kid growing up with your family. I will never forget those times.
Please take care of each other
Lori French
December 28, 2017
Our families shared so many wonderful memories together. Hendi will remain in my heart and in my prayers forever. He is now your special guardian angel.
Betty Benussi
December 28, 2017
To the family, Losing a loved one can be extremely hard. May you find comfort and peace in knowing the fact that God longs to bring back those who are in his memory and to see them live on earth again. Job 11:14-15. You have my deepest condolences.
December 28, 2017
As the days and weeks pass, and as you return to life's routine, may you continue to feel comforted by the love and support of family and friends.
A. H.
December 28, 2017
Showing 1 - 28 of 28 results