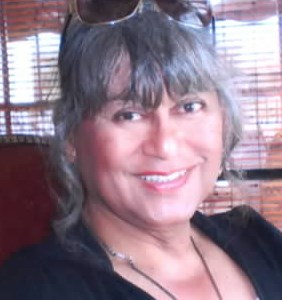 UPCOMING SERVICE
Celebration of Life
Jan, 28 2022
Send Flowers
Linzie Rell Gambo, age 69, of San Pedro, California, died on August 14, 2021 at home with family. She is survived by her Partner, Everett E. "Skip" Boise, and Mother, Mary Ann Gambo, and her extended family of cousins: Teresa Diaz, Marcy Kaupkio, Eddie Jr and April, Maese, Dell Almarez Jr., Dena, and Dennis Ollado, Uncle Francisco "Butch" & Aunt Mary Lou, cousins: Frankie Jr, Julie, & Christina, Uncle Benjamin & Aunt Juana, Aunt Pauline & Uncle Sergio Rodriguez & cousins: Remy, Richard, Roni, & Robyn, and the Terrones family of cousins: Gloria, Carmella, Rocky, & Raymond and Ruthie Lord. Linzie was born on January 28, 1952, to Leonard and Mary Ann Gambo, in San Pedro, where she spent her entire life. In the 1960s, she attended San Pedro High School. She enjoyed music and played guitar and bass locally in several bands. She learned to play piano and keyboards later in life. In the 1970s, as an avid surfer, Linzie designed an experimental tube-shaped "ARK" to ride ocean waves. On land, she raced signal hill and with two friends, engineered a downhill racer called the "SkateCAR" attempting to break a land speed record. She then took to the air late into her 20's as one of the pioneers of the sport of hang-gliding, testing the early versions of hang-gliders. In the 1980s, this jack of all trades began racing motorcycles on what she called "B.Y.E." (Back Yard Engineered) motorcycles on local dirt tracks like Ascot Park in Gardena. Into her 30's she was hired by Honda as a test pilot, going on to win at Daytona in 1984. Linzie became an avid fisherman in the 1990s, fly fishing in the mountains of Southern California and captained deep sea fishing boats from the Port of Los Angeles. She also became a dog trainer and worked with those owned by the legendary voice of the Los Angeles Dodgers, broadcaster Vin Scully. She also loved taking pictures and backe an avid photographer. Her longest professional career began in the late 1990s as a crane operator. As a 20+yr member of the ILWU, She was one of only a few able to maneuver and work every crane. In the 2000s, always the gun enthusiast, She designed air-rifles, joined gun clubs, and went on to win several medals Locally and Nationally as an avid competitor. In addition to being an expert markswoman, her joy of skilled target practice led to a love for archery as well. After meeting her Partner, Skip in 2007, they spent 14 years together, and many of those days competing on the Golf Courses of Southern California. In lieu of services, Linzie's dying wish was for her ashes to be put out to the sea. For those wishing to express condolences, share memories, or attend a small celebration of her life on what would have been her 70th birthday 01/28/2022, the family will receive your message and reply from this email address: [email protected]