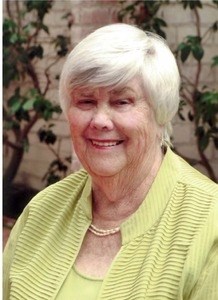 BORN
1926
DIED
2019
ABOUT
Susan Miller Dorsey High School
Nancy Jean (Martin) Jacobsmeyer, 92, a long-time resident of the South Bay, passed away peacefully on February 12. Born in Los Angeles on December 11, 1926 to Charles and Caroline Martin, Nancy spent her entire life in Southern California. Following her graduation from Dorsey High School, she attended her beloved University of Southern California, where she was an active member in her Alpha Chi Omega sorority, both during college and as an alumna. She began her teaching career in Los Angeles before moving to Manhattan Beach, where she put aside teaching to be a mother to Carol, Steve, and Mark. Moving to the Hollywood Riviera in the early 1950's, Nancy would live in the same house with the beautiful view for more than 60 years. She went back to teaching in the Torrance Unified School District, mostly at Riviera Elementary School where, at one time, she taught Kindergarten alongside her sister, Margaret Davies. Even after retiring, Mrs. J, as she would be known to her students, became one of Torrance's favorite substitute teachers, working in the district until she was 80. Nancy was blessed with many life-long friends, including those of her children, with whom she enjoyed entertaining, playing bridge and cribbage, and volunteering. She was deeply involved in Sandpipers and her church, and took great pleasure in helping others. She also loved to travel, driving her children around the country on several family vacations, and taking each of her grandchildren on a trip of their choice when they turned 10. A diehard USC Trojan football fan and Los Angeles Angels supporter, Nancy would invariably have her television tuned in to some kind of sports event, whether it be baseball, football, tennis, golf, or the Olympics. She enjoyed attending her kids' baseball and football games, and later those of her grandchildren and great grandchildren. When she wasn't watching sports, Nancy was an avid reader, a trait she instilled in her children and her students. Family was of the utmost importance to Nancy and she hosted many dinners and 4th of July parties which became annual highlights for both family and friends. For decades, she made the trip to Riverside for Christmas Eve and Easter celebrations with the Jacobsmeyer clan, returning to Redondo to spend the remainder of the holiday time with the Martin side of the family. Nancy is survived by Carol (Bill) Murin, Steve (Pam) Jacobsmeyer, and Mark Jacobsmeyer; grandchildren Chris (Erin) Murin, Kelly (Ryan) Kelly, Courtney (Devan) Cress, Kurt (Kelsey) Murin, Ryan Jacobsmeyer, Danny (Megan) Jacobsmeyer, and Dayna Roelfs; great grandchildren Paige and Collin Kelly, Charlie and Callahan Cress, Nathaniel (Pristine), Bailey Jacobsmeyer, and Samantha Pierce; and great great grandchildren Emma and Lily Jacobsmeyer. Aunt Nancy is also survived by numerous loving nieces and nephews. A Funeral Mass will be celebrated at 10:00 AM on March 7, St. Francis Episcopal Church, 2200 Via Rosa, Palos Verdes Estates. A private burial ceremony will follow on Friday. In lieu of flowers, donations can be made to the St. Francis Outreach Scholarship Fund (SFOSF) in memory of Nancy Jacobsmeyer. Please sign the guestbook at dailybreeze.com/obits. WL00190580-image-1.jpg,WL00190580-image-2.jpg

Published by Daily Breeze on Feb. 23, 2019.
To plant trees in memory, please visit the Sympathy Store.
MEMORIAL EVENTS
Mar
7
Funeral Mass
10:00a.m.
St. Francis Episcopal Church
2200 Via Rosa, Palos Verdes Estates, CA
MAKE A DONATION
MEMORIES & CONDOLENCES
Sponsored by Daily Breeze.
14 Entries
Nancy J. still tops my list as my favorite teacher of all time! She will be remembered fondly by so many of us who were lucky enough to have her as a teacher.
Cathy (Gherardi) Harvey
March 1, 2019
A good person , a life well lived , and a legacy to be proud of, truly inspiring. May God soften your grief during this difficult time, assured that your loved one is precious to him , and will be remembered by him.
John 11: 24 & 25
L. M.
February 28, 2019 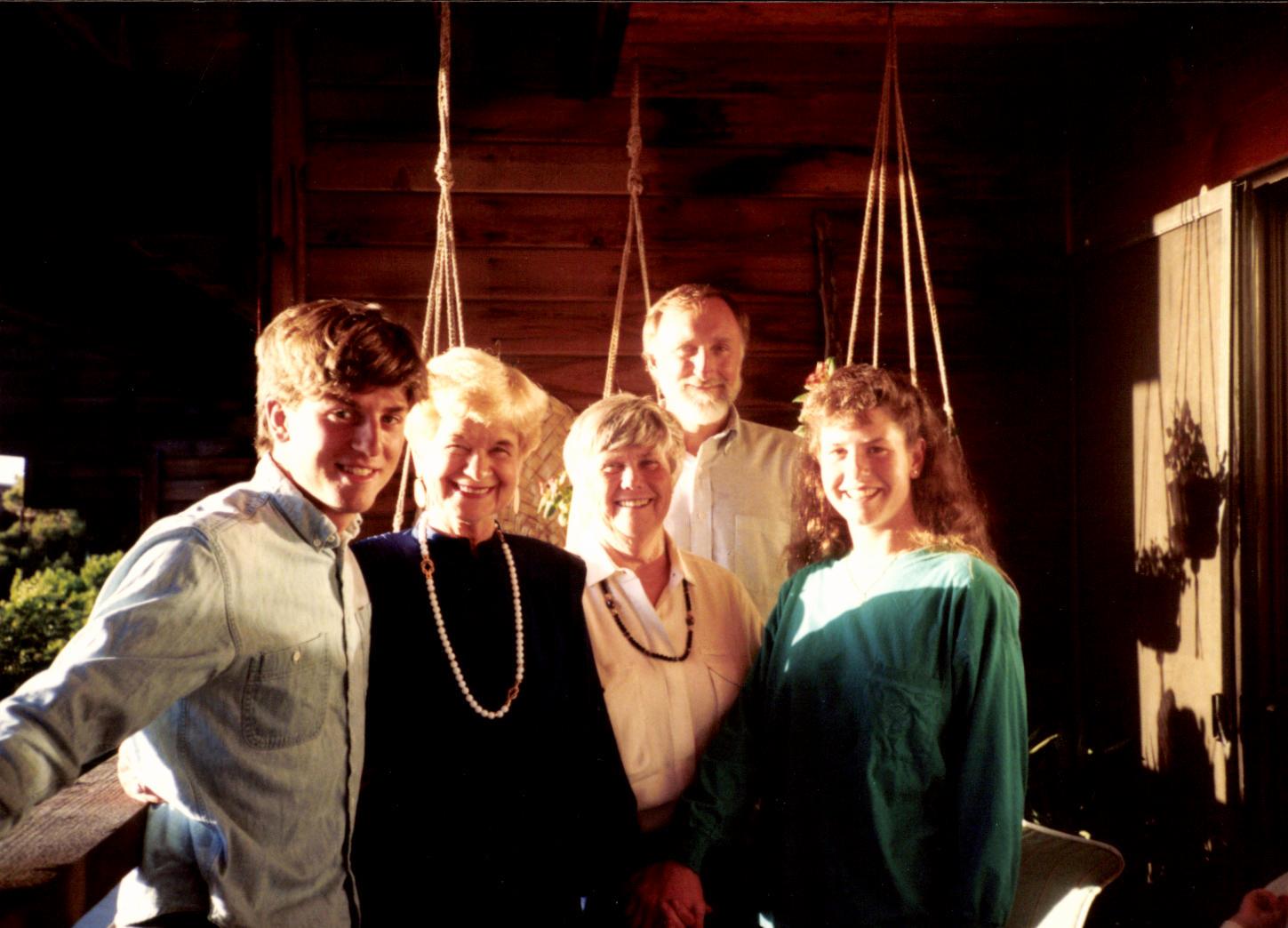 Mrs. J was simply the kindest, warmest, and most creative teacher. She truly cared for her students and we felt it. She even came to my high school graduation party (photo attached).

May the memories of Mrs. Jacobsmeyer and her beautiful legacy inspire us to embody her goodness and care for others with kindness.
Rachel Ann Miller (Barmann)
February 26, 2019
Peace to you and your family Steve.
Dave Reams
February 25, 2019
I was a student at Riviera from K - 8th grade.
In 4th grade ('63 - '64) our favorite substitute was Mrs. Jacobsmeyer! She would always bring a book of short stories with her -- horror stories filled with monsters and the like -- certainly no fairy tales for us 'sophisticated' 4th graders!
"If you are good," she would say, "I will read you a story at the end of the day." We were always good for her! At the end of the day she would sit in a chair at the front of the room and read to us -- and if the bell rang, we would just ignore it until she finished the story. Only a really great teacher can make that happen!
Susan Nagy
February 25, 2019
Mrs J. was my teacher in 3rd and 4th grade, and remained a lifelong friend, even attending my graduation parties from college and grad school. I still have her gift to me, and tell my kids about it when they see it. She was a gem and every student I know who was in her class still regards her among the best they ever saw. We will miss you Jake.
Will Silverman
February 25, 2019
She was a gem. A kindhearted teacher that reached her students and created positive lifelong impacts. Thank you & RIP Mrs. J.
Joel Nathanson
February 24, 2019
Mrs. Jacobsmeyer was my son Zack's third grade teacher. He was in her last class before she retired. She was going out as I was coming in, it was my first year teaching. She was such a great teacher and she took me under her wing. She would schedule extra time during parent teacher conferences so we could talk about teaching. She gave me such good advice, which I used every year of my 32 year career. She gave me tons of teaching material and would stuff Zack's backpack with more each day. Some teachers sell their things as they retire, she GAVE it to me. I will never forget this wonderful lady!
Jan ONeill
February 24, 2019
I loved her! She was my 3rd grade teacher at Riviera. She made going to school fun! She would hug us and laugh and make everyday a good day! She even let us put a woop or cushion on her chair! I still talk about her to my children. She made me feel liked she cared about us.
Heaven got a beautiful angel! Thankyou for making an impact on me Mrs J and for being so kind! God bless!!
Felicia Falcone
Felicia Falcone
February 24, 2019
My heartfelt condolences to the Jacobsmeyer families. Nancy was one of a kind, a true gem and a great friend of my mom. ❤ Monica (Meehan) Berg
Monica Meehan
February 23, 2019
I am saddened to hear of Nancy's passing. She and I had talked on the phone a couple of times just before my mother's passing. It was so nice of her to attend my mom's memorial in December. Nancy had a fun side to her that I always enjoyed. I know my mom and she had some great travels together. My condolences to your family and may all of the wonderful memories help ease the pain.