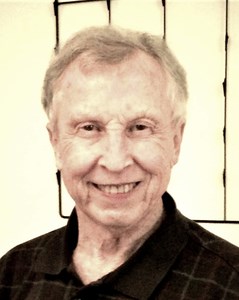 BORN
1931
DIED
2021
Our beloved Tom passed away at home on September 2, 2021, after a long bout with stroke complications. He was born on March 19, 1931, in the town of Vandalia, Illinois. He was one of seven children of William and Bernice Hartwick. He grew up on a farm and worked hard his whole life. Blessed with a brilliant mind, he was high-school salutatorian and earned a scholarship to the University of Illinois, where he received a B.S. in engineering physics. He was lured west in 1956 and joined Hughes Aircraft Company, working on electronic systems. He later jumped to the Aerospace Corporation, and next, TRW. Along the way he earned a M.S. in applied physics from UCLA and a Ph.D. in electrical engineering from USC. He was a trailblazer in the new field of lasers and was a world authority. He authored numerous important scientific research papers in such fields as sensors and imaging, optical communications, microwave devices, and far-infrared lasers. He worked on and managed many top-secret defense programs, and his many contributions have helped our spy agencies and military be the best in the world and keep our country safe. After retiring as TRW's director of the Electronic Systems Laboratory, he served on many government defense advisory boards, such as electron devices and microchip supplies; he also served on corporate boards giving sage advice to R&D companies and testified at congressional hearings. Tom had a life-long love of classical music. He began piano lessons at 10. He continued for a decade and performed solos at numerous recitals and concerts. As a young man, he played in the local dance orchestra and for the local American Legion drum and bugle corps. He continued playing the piano into his 80's, and his favorite pieces include Gershwin's Rhapsody in Blue, Beethoven's Moonlight Sonata, and Grieg's Anita Dance. Tom enjoyed spending time doing home repairs and gardening on the weekends. He always made guests feel at home and was adept at conversation. He was kind in heart and incredibly trustworthy; his word was his bond. Tom married the beautiful Alberta Elaine Lind in Hermosa Beach on June 10, 1961. They lived in the Los Angeles area until moving to Washington in 1999. Tom will be greatly missed by his loving wife Alberta, daughter Glynis Matula (Tim) of Sammamish, Jeffrey Hartwick (Amy) of Studio City, CA, Thomas Hartwick of Pasadena, CA. Tom is also survived by his five grandchildren, Matthew Matula, Mark Matula, Connor Hartwick, Sophie Hartwick, Annabelle Hartwick, and by his brother, Ronald "Dean" Hartwick (Gloria). A Celebration of Life was held on September 18, 2021 at the Hilton Garden Inn, Issaquah, Washington.

Published by Daily Breeze on Sep. 23, 2021.
To plant trees in memory, please visit the Sympathy Store.
MEMORIAL EVENTS
To offer your sympathy during this difficult time, you can now have memorial trees planted in a National Forest in memory of your loved one.
MAKE A DONATION
MEMORIES & CONDOLENCES
Sponsored by Daily Breeze.
0 Entries
Be the first to post a memory or condolences.