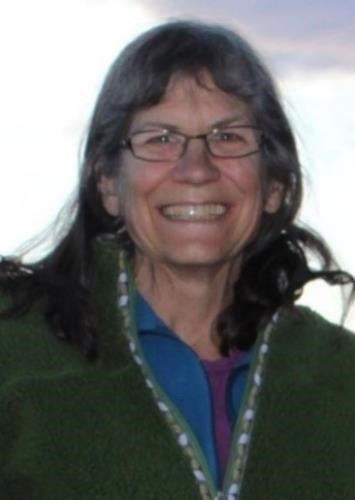 BORN
1944
DIED
2019
FUNERAL HOME
M.P. Murphy & Associates Funeral Directors
7464 Arapahoe Rd Ste A-3
Boulder, CO
After an 18-month fight against a rare cancer of "unknown origin," Carol S. Stutzman died in her home under hospice care on Dec. 14. Her diagnosis of stage four cancer in summer 2018 came as a shocking surprise for this perpetually healthy woman who, among other things, had participated in CrossFit exercise classes the previous four years. She spent the final chapter of her life doing activities she particularly loved, including spending time with her children, grandchildren and good friends. Carol lived with her husband in Boulder for the past 28 years, working as a Head Start teacher and then administrator before retiring in 2008 and applying her skills as the nanny for two of her grandchildren. Along with being a dedicated teacher, she was a "gentle activist," as she once called herself, most recently supporting the family currently in sanctuary at the Unitarian Universalist Church of Boulder, which she joined. Born in Pasadena, Cal. to a middle-school teacher mother and a chemist father, Carol loved backpacking, rock collecting, and stargazing with her father and gained a passion for reading from her mother. Adventure books were her favorites, although she was irked that the heroes were always boys. She began fashioning her own adventures, living in Holland through an American Field Service program at age 15 and then going to the other side of the country to attend Bates College in Maine because she loved Robert Frost's poetry and wanted to live in New England. Inspired by an interest in anthropology and other cultures, she created her own study abroad experience and attended the American University of Beirut during her 1964- '65 junior year. After college Carol took a job as a children's' book librarian in Rhode Island and developed an enduring interest in early childhood education. She also volunteered as a draft counselor to protest the U.S. war against Vietnam. She continued protesting when she moved to Washington, D.C. and was once arrested and spent a night in jail for "incommoding" (inconveniencing pedestrians) on the sidewalk in front of the White House. Graduate courses at Howard University introduced her to the relatively new federal Head Start program, which later became the focus of her work in Chicago and Boulder. Carol met her then-neophyte journalist husband in Washington, D.C. 49 years ago and the two moved to Denver in 1972 and started a family. While raising two young children, she rekindled her Middle East interests by working part-time for the American Friends Service Committee peace program. She continued that work after moving to Des Moines and having a daughter but soon returned to early childhood education when her family moved to Chicago. She earned a master's degree from the renowned Erickson Institute and worked as a Head Start teacher in the inner city before moving to Boulder in 1991 when her husband was hired as a journalism professor. She soon took a job with Boulder County Head Start. A lifelong curiosity about the world and its people led Carol to travel many places, but she preferred gaining in-depth knowledge about a few countries. In recent years she traveled extensively in France and Germany, fulfilled a childhood dream by going to Iceland several times and went to Canada frequently, particularly enjoying Vancouver Island and Quebec province. Carol was preceded in death by her brother Kurt and is especially missed by her husband Len Ackland, her three children Seth Ackland (wife Sara) of Austin, Texas, John Ackland (wife Karine) of Ottange, France, and Sarah Paddock (husband Adam) of Lake Stevens, Washington and grandchildren Georgia, Emma, Kane, McKinley, Lily, and Easton. A Celebration of Carol's Life will be held Saturday, January 18th, 2:00 P.M., at Unitarian Universalist Church of Boulder, 5001 Pennsylvania Ave., Boulder, CO 80303. In lieu of flowers, the family asks that donations be made in Carol's name to Sanctuary Efforts, Unitarian Universalist Church of Boulder (UUCB) or to the American Civil Liberties Union of Colorado, 303 E. 17th Ave., Suite 350, Denver, CO 80203-1256. For online messages to the family visit www.murphyfuneraldirectors.com.
To plant trees in memory, please visit our Sympathy Store.
Published by The Daily Camera on Dec. 22, 2019.
MEMORIAL EVENTS
Jan
18
Celebration of Life
2:00p.m.
Unitarian Universalist Church
5001 Pennsylvania Ave, Boulder, CO
Funeral services provided by:
M.P. Murphy & Associates Funeral Directors
MAKE A DONATION
MEMORIES & CONDOLENCES
Sponsored by M.P. Murphy & Associates Funeral Directors.
4 Entries
She was a wonderful person loved by many, including myself. Its so sad that she has passed away now. My sincere sympathy to all Carol's family.
Leon R Paparella
Spouse
August 14, 2020
Len, John, Seth, Sarah, and family,

May care and love of those around you provide comfort and peace to get you through the days ahead. Our most sincere condolences.

P.S. In lieu of flowers we've made a donation to the ACLU in honor of Carol as requested.
Matthew King
January 2, 2020
Many warm memories of the Bates JYA crowd during senior year - and the extraordinary energy Carol Sue brought to life and those fortunate enough to know her.
Priscilla Clark, Class of '66
December 22, 2019
Priscilla Clark
December 22, 2019
Showing 1 - 4 of 4 results