David Chiszar
David A. Chiszar was born in Sioux City, Iowa on October 21, 1944 and grew up in Perth Amboy, New Jersey. He attended Rutgers University, where he earned his Ph.D. in Experimental Psychology. After finishing his degree, he accepted a position at the University of Colorado, where he was a professor until his retirement in 2011. David was an internationally renowned herpetologist - making significant contributions to the study of amphibians and reptiles, focusing primarily on the study of predatory behavior in rattlesnakes. In addition to his enthusiasm for his work, David was an avid numismatist, fisherman, and weight lifter and served on the Board of Trustees for the Denver Zoo. He was remarkable for his broad intellectual interests and enthusiasm for ideas. David is survived by his wife, Terri Macey, his former wife, Joan Wilson, and their two children, Adam Chiszar and Laine Chiszar, as well as his stepchildren, Kris Mayer and Daniel Mayer. He is also survived by his mother, Florence Chiszar, his sister Natalie Chiszar, and his brothers, Dan Chiszar, Al Chiszar and Emery Chiszar. Private services are pending. In lieu of flowers, donations may be made to the Wild Animal Sanctuary, 1946 County Road 53, Keenesburg, CO 80643 or the Denver Zoo, 2300 Steele Street, Denver, CO 80205.

To plant trees in memory, please visit our Sympathy Store.
Published by The Daily Camera on Jan. 5, 2013.
MEMORIAL EVENTS
No memorial events are currently scheduled.
To offer your sympathy during this difficult time, you can now have memorial trees planted in a National Forest in memory of your loved one.
MAKE A DONATION
MEMORIES & CONDOLENCES
Sponsored by Richard J. Russell, M.D..
29 Entries
Dr Chiszar was my Ethology professor at CU in the mid 80's. I was recently asked who my most memorable professor was and it didn't take but a minute to decide. He was brilliant, theatrical and unique. A great loss, but a great memory.

Godspeed David. Hope to see you on the other side.
Scott N
February 16, 2018
I am so sorry to read this about Dave so long after his death. He launched me on my academic career, when he started his work at the Denver Zoo primate house. I always talk about his rattlesnake research in my classes.
Gwen Murdock
February 14, 2017
Dr. Chiszar was a force of nature, who made a deep impression on me, especially as an older, returning student. I'll never forget the snakes in the lab, the summer zoo course, etc.

The most extraordinary memory, however, was the letter of recommendation he wrote for my medical school application, which was just overwhelmingly positive, encouraging, and gracious.

I am so saddened to hear of his untimely death, and wish to convey my deepest condolences to all his family and friends.
Rich Russell, M.D.
August 11, 2014
I was sorry to hear of David's passing. I know David from Rutgers University. I worked for Dr. Norman Spear and David was his graduate student. I spoke to Dave several years ago and he remembered me from my music background. Dave was a fun guy and I was glad he was very successful in his work. He is one of the few grad students that really took his research seriously. I knew he enjoyed fishing. I even helped him move when he was in North Brunswick NJ....Peter Stricker
Peter Stricker
October 24, 2013
I met Dr. Chiszar when I was an undergraduate at CU just as he was taking up weight-lifting. He liked to attend office hours in jeans, a t-shirt and red bandana around his head. Cool guy. Like many others have mentioned in this memorial, he worked hard to remember individuals and encourage them to excel. From his zoo course to statistics--I loved it all.
Fortunately for me, I have cherished memories of our mutual friendship with Hobart and Rozella. Dave had so many gifts but the most memorable for me will be the deep and abiding friendship he had with the Smiths. He will truly be missed.
Jeanne Trupiano
March 30, 2013
I will always be grateful for Dave's contribution to my understanding of ecology and the scientific process. He was a great teacher, and unselfishly mentored many who crossed his path outside of the university setting. His contributions to zoo herpetology are considerable, and I am richer for having had the opportunity to work with him on numerous projects. The scientific community lost a great scholar with Dave's passing. He will be missed on so many levels.

Peace friend.
Clay Garrett
March 26, 2013
I was a graduate student in experimental psych at CU and knew Dave as a teacher of statistics and as an inspirational scientist. Not only was he smart, he was genuine and kept it "real" in an academic environment. I am sorry he has passed on; he leaves an admirable intellectual and personal legacy.
Jack Sherman
March 24, 2013
Iam very sad to hear of David's passing. As my PHD advisor he changed my life in so many positive and signficant ways. He will truly be missed.
Vernon Avila
March 20, 2013
I haven't looked up Davy Chiszar for several years. I grew up with him in Perth Amboy, NJ. His grandparents owned the gas station that was run by his father that was next to the public housing project that I grew up in. We were the best of friends and even then snake and frog hunters. But he was a very bright student and I was just short of a being a high school dropout.
But I really owe my adult life and my career to Dave Chiszar.
I got out of the Army in 1967 and attended a community college. I wanted to transfer to Rutgers but that was not likely to happen. Dave, while still a graduate student, called the President at Rutgers and somehow he talked my way into Rutgers in Newark.
Without his help none of the truly good things that have happened in my life would have followed. I graduated with honors for Rutgers and then Rutgers Medical School. I am now completing my 35th year as a pediatrician caring for children with physical and developmental disabilities and I am on the faculty of Brown University Medical School. Few people can say that they owe everything to one person. Because of his nagging phone call to the President of Rutgers, I really owe all of this to Davy Chiszar.
I did send him a thank you for what he had done for me at the time of my daughter's graduation from medical school. I sincerely wish we had kept in touch over the years. I have never forgotten what he did for me and never will. Tell his family how much of my life I owe to Davy Chiszar and what a great friend he was to me.
Bob Burke
(Dr. Robert T Burke MD, MPH)
Bob Burke
February 20, 2013
Dave shaped my career, the way I think, and the way I do science. He was fun and funny and always willing to help. What a great guy.
January 31, 2013 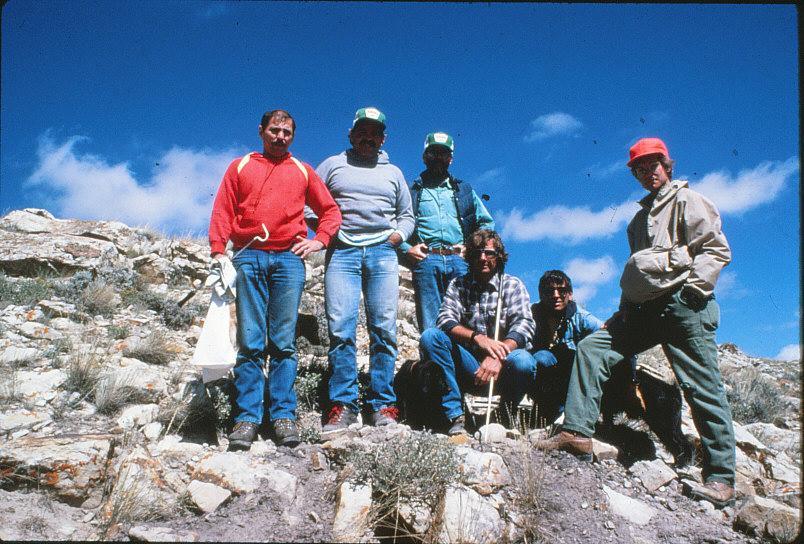 Very sad to lose Chisz....great herpetologist (from a bit of a different background)....great guy.
Geoff Carpenter
January 31, 2013
I am deeply saddened to hear about the passing of Chisz. I was so fortunate to get to know him through my work with Dave Duvall at the University of Wyoming. Chisz always had time for me, many years later when I would ask him to review a manuscript or write a letter of reference. He will always be one of the most talented, clever, and passionate scientists I will ever have the pleasure to know. Most importantly, he was a wonderful person.
Matt Goode
January 30, 2013
The research of Dr. David Chiszar will continue to benefit many. I am grateful to have learned what he discovered. He will be missed.
Miriam Reed
January 24, 2013
This is very sad news. Very few herpetologists can replace the good David Chiszar!
My sincere condolences to the family and friends and to us Herpetolgists out there!!! A vedry sad day it is.
Ronald A. Javitch
MONTREAL
January 17, 2013 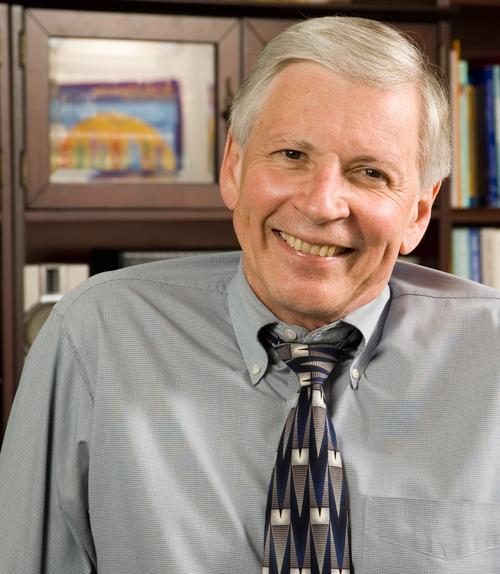 David was a wonderful colleague, great mentor and a terrific human being. We shared many dinners together in the Tabor Inn at CU. His humor, broad interests in all things to do with life sciences, his productivity monitoring (remember his 'item' list) and his willingness to pitch into any project for a friend are his hallmarks.
David Shern
January 17, 2013
was a true Dave Chiszar was a force of nature. He was the best lecturer that I have ever seen. He was a true student of herpetology.
Kevin Fitzgerald
January 15, 2013
Among the greats in the field of herpetology, David Chiszar will be sorely missed. Much can be said about an individual just by observing how they value their own relationships. Dr. Chiszar insisted on completing a tribute to Hobart Smith while undergoing treatment. So deep was their friendship. I think this speaks volumes for a scientist whose work speaks for itself, so often the person behind the work is ignored. The brief time I was in communication with him made it clear that he is not only a great scientist, but also a great man.
Malcolm McCallum
January 15, 2013
Dr. Chiszar was such a wonderful teacher - his enthusiasm and energy were contagious, and he cared about his students. I am so grateful to have known him. He will be missed.
Janeen Hill
January 12, 2013
David was one of my heroes and a great friend/colleague. He was a true scholar and a gentleman who will be greatly missed.
Matthew Bealor
January 9, 2013
David inspired me first as an undergraduate to embark on systematic studies of feeding behavior. Since then, his influence has been a constant in my own research. Dave Generously sent me piles of reprints and nurtured my interests during numerous conversations. I suspect that many of us would agree that, though his spark has been extinguished, the intellect of David Chiszar is still ablaze among his many colleagues and admirers.
Randall Reiserer
January 9, 2013
It was an honor to know Dave and I feel fortunate to have accompanied he and Hobart Smith on one of their legendary field trips to Mexico. His knowledge, curiosity, integrity and worldly conversations will sorely be missed.
Clint Henke
January 8, 2013
Dr. Chiszar was had great passion for herps and their behavior but was one of a kind in his way to share that passion with anyone. I last saw him in 2010 when he was sharing his great stories and research at the SWPARC meetings in Fort Collins. We were so grateful that he was able to come out and be our keynote speaker. He'll be truly missed.
Brian Aucone
January 8, 2013
It was my good fortune to have known Dave. He was passionate about animals and was a true pioneer in the study of reptile behavior. I am honored to have published with him as a colleage and friend. He will be sorely missed.
Gordon Schuett
January 8, 2013
David Chiszar, apart from his many contributions to herpetology, was a great and stalwart friend to my mentor, Hobart M. Smith. He will be sorely missed.
Larry D. Wilson
January 8, 2013
Dr. Chiszar was an inspiring figure who went out of his way to foster a passion for herp research. He will be missed.
Ruston Hartdegen
January 8, 2013
His work on snake behavior has actually me pulled me into the field. I met him once, while I was at conference in Ft. Worth Zoo. He was a great inspiration to me. Will be sadly missed.
Zoran Tadic
January 7, 2013
David was a remarkable scientist with a deep passion for his research and a keen sense of humor when communicating about his discoveries. He will be missed by many.
Bill Hayes
January 7, 2013
Brian Crother
January 6, 2013
David was a fine, enthusiastic, and innovative scientist, generous in so many ways to all who knew him, and a true friend to me as we traversed the early terrain of studying reptile, especially snake, behavior. The field has lost a true scholar with much yet to contribute, and will be sorely missed by many.
Gordon Burghardt
January 5, 2013
Showing 1 - 29 of 29 results