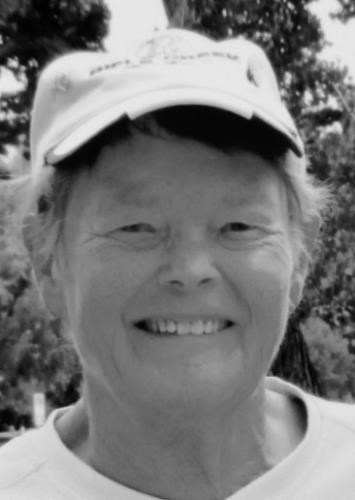 Smart, fun, irreverent, Pam made Boulder a better place for so many years. I am sad to know she's gone. She was a talented Boulder woman who knew who she was and loved her town. I last saw her at a women's basketball game and she was just as terrific as I remembered. You go girl!

Roz Brown
September 2, 2018
She sounds like she was a cool human being, who led a great life worth living.
September 2, 2018
I'm so sorry to hear of Pam's passing. I lived just below her in Fourmile Canyon back in the '90s, and got to know her because I would walk my dog Hobo up to her pond in all seasons.

In fact, I thanked Pam for helping to inspire my 2005 children's picture book, "The Winter Witch": "Thanks also to Pam Penfold: a witch she isn't, but her house and pond in Fourmile Canyonand the wonderful denizens who live nearbygave me the setting for this story."

Pam embraced life wholeheartedly and offered light to all she met.
Clay Bonnyman Evans
September 2, 2018
It sounds like Pam left this earth the way she wanted. But there is an empty space. She was a truly unique person. In her honor, I will have a beer on my deck this evening but I won't enjoy it.

Heartfelt sympathy to all the Penfolds,
Sara
Sara Gentry
September 2, 2018
I'm so sorry to hear that Pam has passed. I went to elementary, junior and senior high with her. She was always a very popular gal. May her family find peace.... (my last name at the time was: Vinson.
Ruth Stewart
September 2, 2018
My most sincere condolences to the extended Penfold family. Sending love to everyone and wishes that her laughter and warm memories accompany you now.
Diane Beeson
Friend
September 2, 2018
Craig & Paula, I am so very sorry to hear of Pam's passing. I was on Saint Aidan's Altar Guild with your mother. I met both of you & Pam a few times when we were with Carlen, at church, a CU football game, her 90th birthday & her funeral. Its comforting to know that Pam is now at peace & back in the arms of God, Carlen & Ken. I extend my deepest sympathies to you & to your families.
Sidney Goodwin
September 1, 2018
Showing 1 - 13 of 13 results