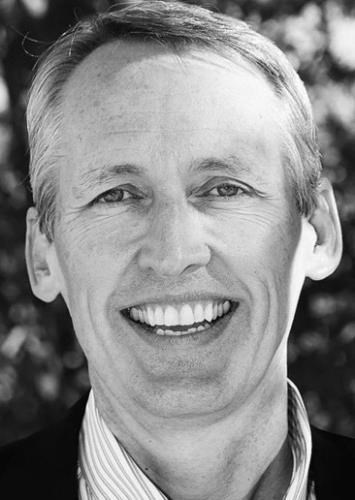 BORN
1963
DIED
2020
Perry Nelson was born to Ardene (Heithold) and Orville Nelson on February 4, 1963 in Wayne, Nebraska. He joined his two older sisters, Kathy and Sherri in growing up as a farm kid. He graduated from Wayne High School and Wayne State College, where he received a basketball scholarship. He moved to Colorado after college to begin a career in Information Technology. His career took him all over the world. He resided in Germany, working for a U.S. company, for a number of years before coming back to Colorado. He continued to work in the IT world, becoming an officer in many start-up companies, and a full partner in his latest venture. When he moved to Colorado after college, Perry became very close to his niece, Mieke (Wunderlich) Wagner and nephew, Jordan Wunderlich. To them, he was the best uncle in the world. Perry met his beautiful and talented wife, LizAnn (Elizabeth) Rucker in Boulder. They traveled the world together before settling in Louisville, Colorado and starting their family. Their boys, Trevor and Blake benefited from Perry's love of basketball, baseball, camping, and backyard football. Perry spent many hours over the years coaching the boys' basketball teams and assisting with baseball. He was a patient, caring man and loved by all the kids and parents on the teams he coached. Perry left us on July 11 as a car struck him while he was riding his bicycle on a beautiful Colorado day. He leaves a large hole in our family and in his community. He leaves behind his wife, LizAnn, children, Trevor and Blake, and sisters' Kathy 'Nelson' Fahrenholz, Sherri 'Nelson' Schranz (Herman). He was preceded in death by his parents and a brother-in-law, John Fahrenholz. To him, family was everything. He lived with integrity and love. He kept his promises. He will be deeply missed. There was a walk-by memorial on July 18, 2020 at the Nelson home in Louisville, Colorado. Donations can be made to the following organizations: Perry Nelson Basketball Scholarship c/o Golden Crown Foundation, www.gold crownfoundation.com/givetogcf 1743 Wazee St #300 Denver, CO 80202 Memo Line: Perry Nelson Basketball Scholarship Donations in Perry's honor can be made to a memorial fund being set up for Trevor and Blake. If you would like to donate electronically via Venmo/ApplePay etc please email [email protected] and she will facilitate this. Checks can be made out to LizAnn Nelson or made out separately to Blake Nelson and Trevor Nelson. They may be mailed to: Ameriprise Financial Services, Inc. ATTN: Kelly, Trevor and Blake Nelson 8700 Turnpike Dr. Suite 480 Westminster, CO 80031-7030 Kelly will keep track of donors for the family
Published by The Daily Camera on Jul. 22, 2020.
To plant trees in memory, please visit the Sympathy Store.
MEMORIAL EVENTS
To offer your sympathy during this difficult time, you can now have memorial trees planted in a National Forest in memory of your loved one.
MAKE A DONATION
MEMORIES & CONDOLENCES
6 Entries
I will forever remember Perry; more than a boss or coworker, he was a guiding figure, mentor, and friend who knew how and when to lead by example and when to treat me as an equal, always with utmost respect and integrity. Thank you for all you have passed on to me.
Dany Sánchez
Friend
August 28, 2020
Perry was a wonderful coach for Joey--always positive and kind. Our hearts go out to you all. You are in our thoughts and prayers, LizAnn, Trevor, and Blake.
Dawn Weinstock
Acquaintance
August 5, 2020
Sending heartfelt condolences to all of you in Perry's life. I knew him as a teen / young adult through my friendship with Sher and remember him as a delightful and caring young man - which he clearly continued to be as he grew older. May you all find ways to lovingly remember the treasure of having known and shared Perry's life . . . and do lean on each other as you are forced to process this unimaginable and tragic-tragic loss of Perry.

Most Sincerely,
-M-
La Jolla, California
Marilyn Moll
Friend
July 25, 2020
Perry was a great man and made my transition from Florida to Colorado a little smoother 13 years ago. He befriended me and always had choice and kind words to always ease the mood. Great sense of humor and will be dearly missed. Liz Ann my families hearts goes out to you and your family. He will be dearly missed.
Sean Goldy
Friend
July 25, 2020
Liz Ann, I was sad to hear the news about Perry. Louis Morrison told me this evening of the sad event. My love and prayers are with you and your family. We sending blessing to journey through this the best that you can. I am here for you.
Janyce Apryl
Friend
July 24, 2020
I am so sorry to hear of Perry's untimely passing. He was a pleasure to work with. He'll be missed by so many and I'm sure he has left a huge hole in your lives. My deepest sympathies. You're in my thoughts and prayers. Kathy Sills, worked with Perry at Atrato and his next start up.
Kathy Sills
Coworker
July 22, 2020
Showing 1 - 6 of 6 results