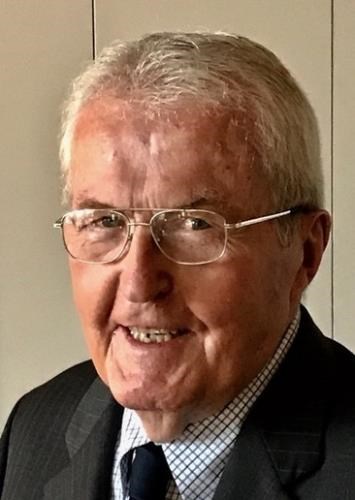 BORN
1934
DIED
2019
Peter Dietze, formerly of Boulder, Colorado, died on January 4, 2019, in Eugene, Oregon. He was 84. He was husband of the late Betty Nan (Burdick) Dietze. He was the son of the late Annemarie Muenzel Dietze and the late Erich Dietze.

Peter was born in Erfurt, Germany on December 4, 1934. In 1950 he escaped from East Germany to West Germany where he lived until 1955. In 1955 he arrived in Manhattan at Pier 86 on the TSS New York. Henry Sagemueller, a distant relative living in Nebraska, sponsored Peter's immigration. Peter worked on Sagemueller's ranch from 1955 until the fall of 1956 when he started studying at Chadron State College in Chadron, Nebraska. In 1957 he transferred to the University of Colorado, graduating in 1959. Following graduation, he entered law school, graduating in 1962 and passing the Colorado bar that summer.

After clerking for one year in the office of U.S. District Judge Hatfield Chilson, Peter accepted a position as the assistant city attorney of Boulder. In 1965 he was appointed as city attorney, an office he held until 1968 when he entered private practice. In 1971 he, along with his friend and law school classmate Joel C. Davis, founded the law firm of Dietze and Davis. The law firm of Dietze and Davis, with seventeen lawyers, continues to offer legal services to a broad range of clients in the Boulder area and the West. Peter retired from active practice in 2017.

In addition to his law practice, Peter was an active member of the Boulder Rotary Club. He was a member at First Presbyterian Church, then at Mount Calvary Lutheran Church. He was an at-large elected member of the University of Colorado Board of Regents from 1978 until 1996, including chair of the Board for two one year terms. In 1998, the University bestowed upon him the George Norlin Award, which recognizes outstanding alumni who have demonstrated a commitment to excellence in their chosen field of endeavor and a devotion to the betterment of society and their community. In 2018, he was the recipient of the William Lee Knous Award, Colorado Law's highest alumni honor for his outstanding achievement and sustained service to Colorado Law.

He leaves behind his children, Jill and Mark Dietze of Eugene, Oregon; Karen and Rick Nelson of Rehoboth, Massachusetts; and Erika and Jim Fletcher of Austin, Texas; and his grandchildren, Pietro Gaudiano; Elena Clackner; and Anna, Megan, and Mark Fletcher. In lieu of flowers, donations can be made to the Peter Dietze Scholarship Fund at the University of Colorado School of Law. https://giving.cu.edu/fund/peter-c-dietze-scholarship-fund
Published by The Daily Camera on Jan. 13, 2019.
To plant trees in memory, please visit the Sympathy Store.
MEMORIAL EVENTS
To offer your sympathy during this difficult time, you can now have memorial trees planted in a National Forest in memory of your loved one.
MAKE A DONATION
MEMORIES & CONDOLENCES
5 Entries
Peter was an incredible individual who made a profound impact on my life. As my father's (Joel Davis) long time law partner, Peter was in my life from the very beginning, attending my piano recitals, encouraging my studies and supporting me in so many ways. Like my father, I have nothing but admiration and respect for Peter. My deepest condolences go out to Mark, Karen and Erika.

Warmly,
Jennifer (Davis) Persson
Jennifer Persson
January 19, 2019
Jennifer Persson
January 19, 2019
It was an honor to know Peter and we had many good times cheering on the Buffs together from the West Stands. He will be missed. Our thoughtful condolences to Peter's family and the Dietz and Davis, P.C. attorneys and staff. John Boyd and Barbara Vogel Boyd- '75
John and Barbara (Vogel) Boyd
January 18, 2019
Peter was a wonderful participant in our law school class. I left Boulder to practice in Tulsa in 1963, so lost contact, but he surely was a great contributor to the Class of '62 and his community.
Dick Sonberg -CU Law '62
January 15, 2019
I only knew Peter for less than two years, but he made a positive and important impact on my and others lives that will last forever.
Rod Gillilan
Rod Gillilan
January 14, 2019
Showing 1 - 5 of 5 results