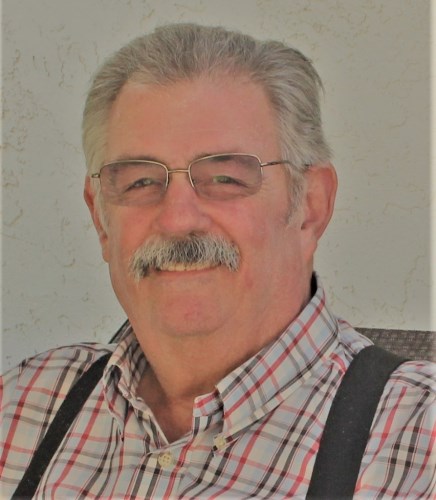 BORN
1945
DIED
2020
David Robert Reynolds of Woodland entered eternal life with his Lord and heavenly Father on Friday, December 11, 2020 in Woodland, CA. He was born on July 27, 1945 in Oakland, CA to Robert and Thelma Reynolds. David was a United States Navy veteran and served in Vietnam before he was honorably discharged in November 1967. David married Gail Jeanne Richardson on April 8, 1978. David and Gail moved to Woodland, CA right after their honeymoon where they resided until David's passing. David worked as a mechanic at various automobile dealerships throughout Woodland and retired from Elm Ford in the year 2000. During retirement, David enjoyed bible study and singing in the choir at his local church, Woodland United Fellowship. Although David loved his church, he also loved ham radio. He was an avid ham radio operator for many years using the call sign, K6WRF. David made many friends through his ham radio hobby and said that the thing he loved most about ham radio was making friends and meeting people all over the world.David is survived by his loving wife of 42 years, Gail; son, Steven Reynolds and his partner, Carla Que; daughter, Pamela Gottman (Reynolds) and her husband Jayson Gottman; sister, Carol, and three grandchildren, Mia, Westley, and Jocelyn. David is predeceased by his parents, Robert and Thelma Reynolds.David will always be remembered as a loving husband, father, and grandfather, as well as a beloved "Uncle Lizard" to many nieces and nephews. A private family service will be held at a later date. Flowers or donations to Woodland United Fellowship or the Alzheimer's Association are welcome.
W00149800-image-1.jpg

Published by Daily Democrat on Dec. 20, 2020.
To plant trees in memory, please visit the Sympathy Store.
MEMORIAL EVENTS
To offer your sympathy during this difficult time, you can now have memorial trees planted in a National Forest in memory of your loved one.
MAKE A DONATION
Please consider a donation as requested by the family.
MEMORIES & CONDOLENCES
Sponsored by dailydemocrat.com.
2 Entries
When I was little, Aunt Gail told me that Uncle Lizard only teased those he loved. Well, he must have loved me a lot! Uncle Dave will be remembered for his heart for Jesus, his unique sense of humor, loving his family & friends and being dedicated to ham radio. He was a strong & positive presence in my life. I will miss his quick wit, mustached grin and Hawaiian shirts à la Magnum P.I.
Christy
Family
December 23, 2020
I will never forget my sweet Uncle Dave. He taught me how to tie my shoes, and was there for me when my Mom passed away. Such a good man. I will never forget him.
Kris
Family
December 20, 2020
Showing 1 - 2 of 2 results