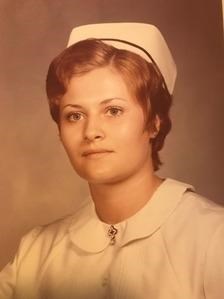 BORN
1954
DIED
2021
ABOUT
Saugerties High School
FUNERAL HOME
Seamon-Wilsey Funeral Home, Inc.
45 John Street
Saugerties, NY
SAUGERTIES- Anne D. Rea, 66, of Joseph’s Drive died Thursday, Jan. 28, 2021, at the Greene Meadows Nursing Home in Catskill. Born July 21, 1954 in Kingston; she is the daughter of Jacqueline Rea and the late G. Thomas Rea. A graduate of St. Mary’s Parochial School and Saugerties High School Class of 1972, she went on to earn her nursing degree at the Albany Memorial School of Nursing graduating in 1975. In 1976 she was licensed in NYS as a RN. As a high school senior at Saugerties, in 1971 she was the first “Mum Queen” elected for what has become the annual Mum Festival in held October every year. Anne ran track and played girls softball on the high school as well as in the SAA Leagues. She at one time was a part owner in Fitness Advantage Health Club in Saugerties. She loved animals and was a devout Christian and a parishioner of St. Mary of the Snow Roman Catholic Church. Besides her mother, survivors include two sisters: Mary Biagiotti of Delmar and Jacqueline Connerton of Saugerties. Five brothers: Tom (Joanne), Frank, Mike, Chris (Mary), and Robert Rea all of Saugerties. Several nieces, nephews, and her beloved shepherd, Heidi also survive. She was predeceased by a son, William C. (Billy) Hanna. Her Mass of Christian Burial will be held 11a.m. Saturday at St. Mary of the Snow Roman Catholic Church. Burial will follow in St. Mary’s Cemetery. Arrangements are under the direction of the Seamon-Wilsey Funeral Home, Inc., Corner of John & Lafayette Sts., Saugerties. Further obituary information and expressions of condolences to the family can be posted on Anne’s Tribute Wall at www.SeamonWilseyFuneralHome.com 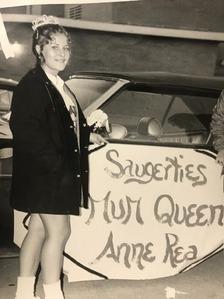 Published by the Daily Freeman from Jan. 28 to Jan. 29, 2021.
To plant trees in memory, please visit the Sympathy Store.
MEMORIAL EVENTS
Jan
30
Mass of Christian Burial
11:00a.m.
St. Mary of the Snow Roman Catholic Church
NY
Funeral services provided by:
Seamon-Wilsey Funeral Home, Inc.
MAKE A DONATION
MEMORIES & CONDOLENCES
Sponsored by dailyfreeman.com.
2 Entries
I remember Anne as a beautiful person inside and out. She was full of energy and a kind heart. My condolences to her family...
Mary Randazzo
Friend
January 30, 2021
May God bless you and your family in this time of sorrow.
Robert K. Schlichting
Friend
January 29, 2021
Showing 1 - 2 of 2 results