BORN
1995
DIED
2017
ABOUT
Rondout Valley High School
FUNERAL HOME
George J. Moylan Funeral Home - Rosendale
2053 Rte 32
Rosendale, NY
Arianna Marika Williams STONE RIDGE- Arianna Marika Williams, 21, of Stone Ridge, N.Y., was granted her Angel Wings on March 28, 2017. She was born in Warsaw, N.Y., May 7, 1995; a daughter of Mark A. and Andrea E. Lowe Williams. Arianna was a 2013 graduate of Rondout Valley High School and a licensed cosmetologist achieved from Ulster County BOCES. She attended and graduated from Ulster County Community College. She furthered her education SUNY New Paltz where she was a Dean’s List student with a major in sociology, minor in psychology and with a concentration in criminal justice. She completed her internship with Ulster County Probation Department in the summer of 2016. She would have graduated May 2017 and pursued her Masters at SUNY Albany in the fall of 2017. Arianna was employed by Health Alliance Hospital in Kingston where she worked telecommunications. She also worked the past 4 summers at Bethel Woods where she had the opportunity to enjoy many concerts. Playing games with family and friends was treasured, because we knew she would be champion. It was as important to her as it was to us that she win. We won by her infectious laugh and joyful smiles. Although Arianna’s life was so short to all, those who were touched by her fingerprint understand the quality of her existence, far exceeds the quantity of time in which she lived. She is survived by her parents, Mark and Andrea Williams of Stone Ridge; many aunts, uncles, and cousins; her best friends, Mathew Van Buren of Rosendale, Danyelle Ducker of New Paltz; as well as many instructors, classmates, and co workers. She also leaves behind her pet and “Best Buddy” Poobers. Maternal grandparents, Edward and Florence Lowe; paternal grandparents, Edward and Barbara Williams Banks; and uncles, Kenneth and Edward Williams, all died previously. Funeral services will be 2 p.m. Saturday, April 1, 2017, at the United Methodist Church in Stone Ridge located on Schoonmaker Lane. Rev. Caroline Berninger will officiate. Interment will follow at the Fairview Cemetery in Stone Ridge. Friends may call at the church Saturday after 1 p.m. In lieu of flowers donations are requested to the Rondout Valley Scholarship Fund, P.O. Box 96, Stone Ridge, N.Y., 12484, in her memory. Arrangements are by the George J. Moylan Funeral Home Inc., Rosendale. (www.GJMoylanFuneral Home.com)
Published by the Daily Freeman from Mar. 30 to Mar. 31, 2017.
To plant trees in memory, please visit the Sympathy Store.
MEMORIAL EVENTS
Apr
1
Calling hours
1:00p.m.
United Methodist Church
Stone Ridge, NY
Apr
1
Funeral service
2:00p.m.
United Methodist Church
Schoonmaker Lane, Stone Ridge, NY
Funeral services provided by:
George J. Moylan Funeral Home - Rosendale
MAKE A DONATION
MEMORIES & CONDOLENCES
Sponsored by dailyfreeman.com.
21 Entries
A wonderful person gone to soon. Thoughts and prayers to her family and friends.
Debbi Deitz Oleski
April 12, 2017
Andrea, I am so sad for you an her dad to read this .... What a beautiful girl she is.. My heart is with you...
Sheila Brown
April 2, 2017
My heart was deeply saddened to hear of your loss. My thoughts and prayers and with her family, friends, and co-workers through this difficult time. Arianna touched my life in a special way, with her bright happy smile, her positive outlook in life, and whenever I walked away from our conversations, I felt this sense of blissful peacefulness. I will miss her. Rest in peace Dear Arianna.
Lori Bowers
March 31, 2017
I met this beautiful soul four semesters ago as our first classes at New Paltz began. We were forced together by a school project and slowly became incredibly close. Her sarcasm and humor matched perfectly with mine. Ever since, she has been who I looked forward to seeing almost every day. She never knew it, because I was too prideful to tell her, but she played a huge role in my success at school. With my weekly mental breakdowns and her being there to sit in her car and listen and laugh with (and at) me made it easier. Walking in May won't be the same, but I know she'll be there. Arianna has impacted many lives and left lasting memories. She will be greatly missed. I'll be sure to save her seat in class, I know she would hate to miss those riveting lectures! Lol :P My condolences to her family and friends. She knew how loved she was. Trust me, she had nothing but beautiful things to say about her family! Forever in our hearts, baby girl. Fly high
Sami Nash
March 31, 2017
Arianna you are loved.
Robin Netzley
March 31, 2017
Arianna was a very special and talented young woman whom we loved dearly. It was a joy to watch her grow from a teenager to a beautiful woman.
God must have needed a Angel because nothing else makes any sense.
Andrea we are here for you. Please reach out to us and the rest of Arianna's family and friends, you are not alone. Love, Robin, Ron & Tom Netzley
Robin Netzley
March 31, 2017 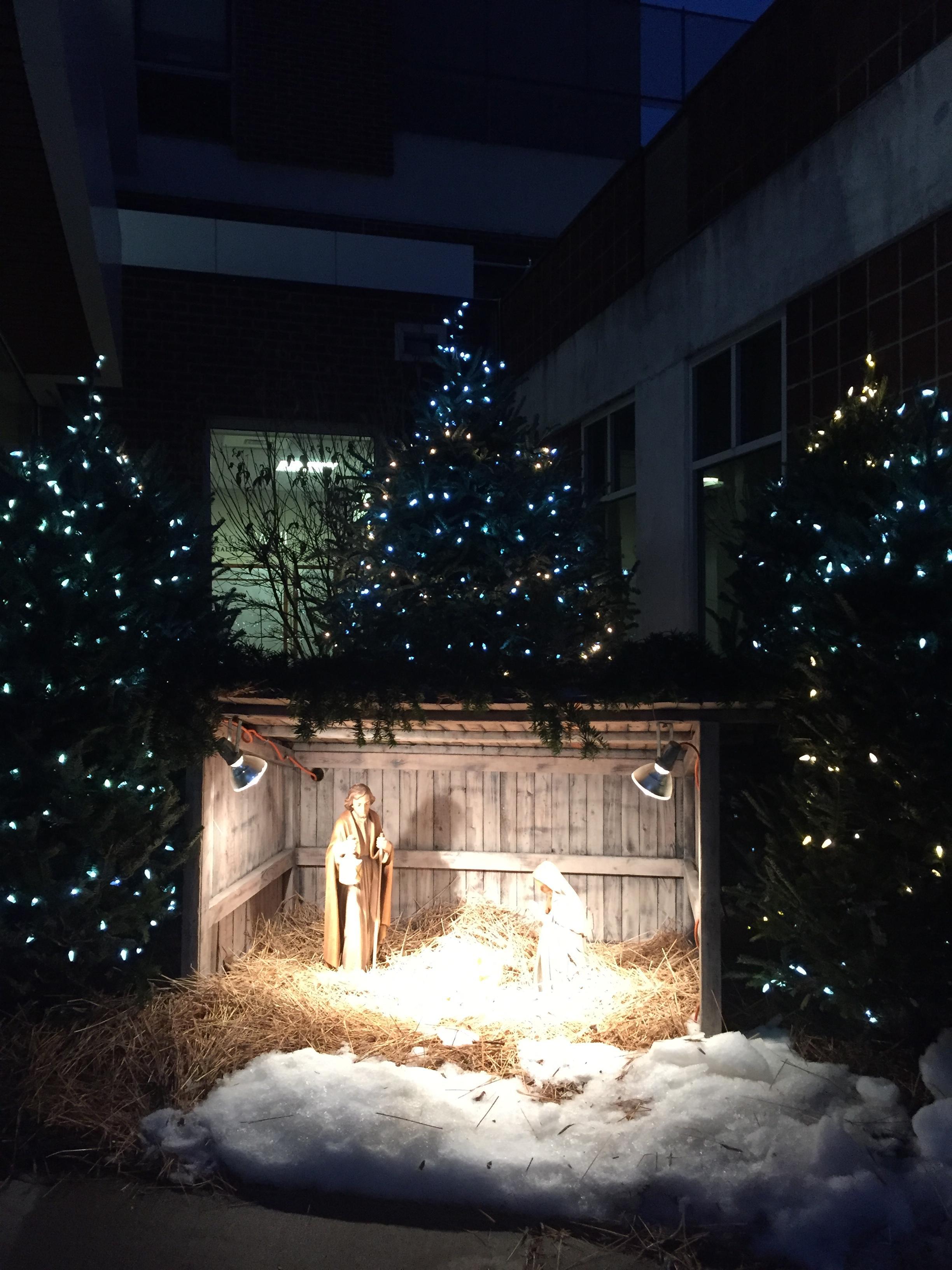 I'm truly heartbroken. This shining star would bring me chocolate milk on busy days because she knew I didn't get much of a break mixing chemo at Benedictine Hospital.
Her eyes and smile showed her heart. Beautiful person.

RIP my friend.
Mary Butler
March 31, 2017
Dear Andrea and family,
I can't find any words to say how badly I feel for you. Arianna was a shining star with so many wonderful accomplishments and aspirations. She was filled with love for you and was a joy to know. From the first day I met you, it was clear that she was your proudest achievement. You raised a wonderful daughter and can be proud of all she did. I'm hoping your faith and your memories will help heal this terrible sorrow.
Linda Glass
March 31, 2017
My heart goes out to Arianna's family and friends. We spoke many evenings of her dreams and plans for her future. Also of her love for her family. She was a bright shining spot in life and will be greatly missed. My condolences.
Tamara McCarthy
March 31, 2017
Will miss her, was always funny and made me smile.
Kevin Lopez
March 30, 2017
As a co-worker with Arianna at the hospital, she was always a cheerful, bubbling, smiling, and caring friend who lived life to its fullest. Arianna helped us all know the meaning of friendship... My heart goes out to all family, friends and co-workers that Arianna's life has touched... God bless all...
Chris Johnson
March 30, 2017
Arianna was such a bright light and one of the silliest and most fun of my sister, Allysa's friends. She stayed at our house a lot for fun sleepovers and she became another little sister to me. Her laugh will always be remembered. My heart goes out to her family. Sending much peace to the family during this time.

There are no words......my deepest sympathy. May she Rest In Peace.
Ellen Michaelis
March 30, 2017
What a beautiful obituary for a beautiful soul!! How perfect it described the wonderful person she was . I met Arianna at the Health Alliance and immediately loved her!! May your memories ease your broken hearts. Brenda MacDonald
March 30, 2017
Andrea & Mark we are so sorry to hear of your loss our thoughts & prayers go out to you & your family
with all our love Jackie & John Wurster
Jackie Wurster
March 30, 2017
My heart goes out to all of her family and friends. She was a beautiful young lady and will be greatly missed by all. That had the pleasure of knowing her. May she RIP
Lori Critchlow
March 30, 2017
MY son and I both worked with Arianna at Benedictine Hospital. She was such a special young lady and she was a joy to work with. She was so happy and positive all the time. She had so many goals and you could just tell she was gong to go places and change peoples lives. Our heart go out to all of her family and friends and we hope you find comfort knowing she is in heaven. Please know we will be praying for all of you. May God comfort you.
Janet and Matt Levinson
March 30, 2017
Gary Lewis
March 30, 2017
Take comfort in knowing that now you have a special guardian angel to watch over you.
March 30, 2017
I worked with Arianna i enjoyed her laugh her great sense of humor always smiling she is will be greatly missed my prayer go out to her whole family .My heart is so saddened.
darlene moir
March 30, 2017
Showing 1 - 21 of 21 results