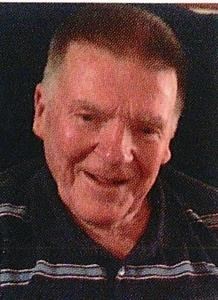 BORN
1930
DIED
2019
ABOUT
Red Hook High School
FUNERAL HOME
Burnett & White Funeral Home
7461 South Broadway
Red Hook, NY
RED HOOK- Arthur Jack Sipperley, a good and kind man, died in his home on Nov. 12, 2019.Born to Madison and Mae (Krom) Sipperley in Brooklyn, N.Y., on March 23, 1930, Art came to Red Hook in 1940 when his father retired from the New York City Fire Department. Red Hook was Art's hometown and he loved the beauty of the land and the people of the town. A four-star athlete at Red Hook High School, the classmates Art made in school as a child became life-long friends, and he was a proud member of the Class of 1948. On graduation night, Art left for the U.S. Navy and was stationed in Washington D.C. for all but six months of his five year tour of duty. There he met the love of his life, Mary T. Haverstuhl, whom he married on Oct. 9, 1952 on Treasure Island Naval Base in San Francisco, and she predeceased him in September of 2018. Art and Mary T. lived on South Broadway in Red Hook for their entire married life, loving seven children, nine grandchildren, and three great-grandchildren on the same piece of property Art lived on for 80 of his 89 years. As co-owner of Sipperley's Grog Shop, Art came to know many in the community he would never have met without being a proprietor of a local shop in the middle of the village. For him, though Red Hook had grown and changed during his life, it was still the place he drew strength from and was home for him, and he knew this was where he was meant to live and die. Art loved to play sports, and he did so with joy, determination, and good sportsmanship. A runner before it became a popular addiction, Art ran, swam, rode his bike, worked out on the speed and heavy bag, played softball and basketball well into his old age. Despite physical struggles at the end of his life, Art's optimism never dimmed and he knew life was a gift to be enjoyed, and his comment, "You're a long time dead," was meant as a reminder that we all are here for a finite time. Generous in heart, Art would go about his daily life quietly taking care of those who needed his time and attention, from his family to the elderly who were alone in the world to the customer who came in to discuss life's troubles, and the people of Red Hook came to know the gracious man that he was. Art was predeceased by his only brother, Madison P. Sipperley, Jr., and his wife, Eleanor Decker.He is survived by his seven children and their spouses, grandchildren and great-grandchildren, and his dearly-loved cousin Barbara Rhatigan and her husband, Frank, of Bethpage, N.Y., and another cousin, Charles Krom of Tennessee. Art's faith was the center of his life, and as a convert and long-time communicant of St. Christopher's and St. Sylvia's Church, the family wishes that in lieu of flowers, people donate in Art's memory here. In Art's later years, when the competitiveness of sport had ceased to be a part of his life, Art lived more than any other time in his life by the motto of the Special Olympics: "Let me win. But if I cannot win, let me brave in the attempt." With this in mind, the family asks that Special Olympics be another consideration for donations. Art's wake will be held on Sunday, Nov. 17, 2019, from 2 to 4 p.m. at Burnett and White Funeral Home, 7461 South Broadway, Red Hook, N.Y. A Mass of Christian Burial will be held on Monday, Nov. 18, 2019, at 11 a.m. at the St. Christopher's and St. Sylvia's Roman Catholic Church, 7411 South Broadway, Red Hook, N.Y. Arrangements are under the direction of Burnett & White Funeral Homes 7461 S. Broadway, Red Hook, N.Y. For directions, or to sign the online guest book, please visit www.Burnett-White.com. http://www.lastingmemories.com/arthur-jack-sipperley
Published by the Daily Freeman from Nov. 15 to Nov. 16, 2019.
To plant trees in memory, please visit the Sympathy Store.
MEMORIAL EVENTS
Nov
17
Wake
2:00p.m. - 4:00p.m.
Burnett & White Funeral Home
7461 South Broadway, Red Hook, NY
Nov
18
Mass of Christian Burial
11:00a.m.
St. Christopher's and St. Sylvia's Roman Catholic Church
7411 South Broadway, Red Hook, NY
Funeral services provided by:
Burnett & White Funeral Home
MAKE A DONATION
MEMORIES & CONDOLENCES
Sponsored by dailyfreeman.com.
1 Entry
Art was such a wonderful, positive influence on everyone he met. He will truly be missed.
Michael Traudt & Family
November 17, 2019
Showing 1 - 1 of 1 results