Barry J. Freer
ABOUT
Onteora Central High School
FUNERAL HOME
Lasher Funeral Home Inc
100 Tinker St
Woodstock, NY
SAN DIEGO, CALIF.- Barry J. Freer, 65, of San Diego, Calif., Formerly of Woodstock, N.Y., died suddenly on March 24, 2020. Born in Kingston, he was the son of Miriam M. Riley and the late Harry J. Freer and the step-son of the late John J. Riley. Barry was a graduate of Onteora High School. He went on to serve in the U.S. Navy for 30 years he retired from the Navy as a Master Chief E-9. After his retirement, Barry then began his career working as a Customs and Border Protection Agent for Homeland Security. He retired after 13 years of service. Besides his mother, Barry is survived by his Fiancé, Maria Drumm of San Diego, Calif.; his son, Nicholas Freer of Indiana; two brothers, Wayne Freer and his wife Li of Illinois, Keith Freer of South Dakota; two grandchildren; and nieces and nephews. Barry was predeceased by his brother Glen Freer. A Memorial service with Military Honors will be held in San Diego, Calif., at a later date. Lasher Funeral Home, Inc., 100 Tinker Street, Woodstock, N.Y., is honored to serve the Freer and Riley Families. Donations may be made in Barry’s honor to St. Jude Children’s Research Hospital, 262 Danny Thomas Place, Memphis, Tenn., 38105 http://www.lastingmemories.com/barry-j-freer
Published by the Daily Freeman from Mar. 31 to Apr. 1, 2020.
To plant trees in memory, please visit the Sympathy Store.
MEMORIAL EVENTS
To offer your sympathy during this difficult time, you can now have memorial trees planted in a National Forest in memory of your loved one.
Funeral services provided by:
Lasher Funeral Home Inc
MAKE A DONATION
MEMORIES & CONDOLENCES
Sponsored by dailyfreeman.com.
22 Entries
Love you...
Mija Freer
Spouse
March 25, 2021
Love you forever. (Maria)
mija Freer
Significant_other
March 25, 2021
I love you and miss you so much. Your significant other and your fiancee (Maria)
Mija Freer
Spouse
March 25, 2021
I will always live you
Spouse
August 4, 2020
Your mijajajajaja
Spouse
August 3, 2020
You know I will always love you.
Your mijajajajajajaja
Spouse
August 3, 2020
Your mijajajajajajaja
Spouse
August 3, 2020
Spouse
August 3, 2020 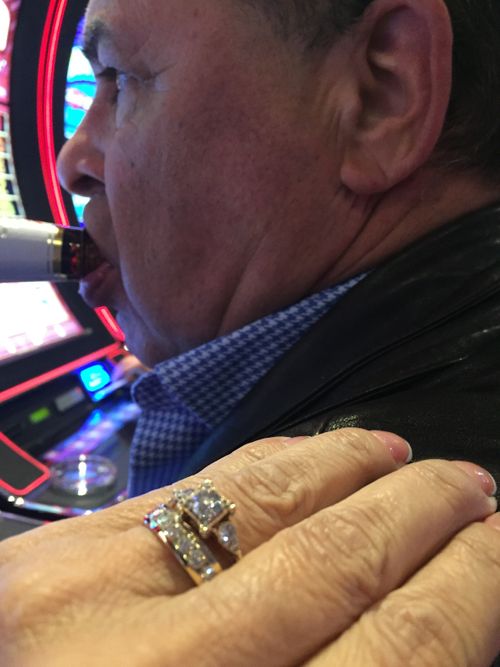 My love, thank you for my beautiful engagement ring. This picture was taking on Valentine days Feb 14, 2020 at the casino. I will never forget our special day. I will always wear it. I do miss you and love you very much! Your only one - Mija!
Mija
Spouse
July 29, 2020
My Mijo, I know we love each other. Your Mija!
MARIA
Spouse
July 28, 2020
My Mijo, I'm still thinking about you every single day. I'm still wearing the wedding ring you gave me and the necklace heart with your ashes. Your Mija.
Mija
Spouse
July 28, 2020
Mi amor I will miss you. Your Sunshine!
Mi amor
Significant Other
July 27, 2020
To my love of my life Mijo. I missed you so much. We had so much fun together for 18 years. We travel together and had a good time. You had a way to make me laugh and you never stopped loving me. Thank you for 18 years of loving me so much with all your heart. I will treasure all the good memories we had. I will always be your wife.
Maria
Spouse
June 3, 2020
Maria, I cant imagine the sadness you must be feeling from your loss. May the love of those around you help you through the days ahead. I still remember when we all went to New Orleans to celebration your birthday in October 2019. We had a blast! Maria, never forget that he love you so much. You are his Significant other and we will never let anyone take that away from you. God bless you. RIP Barry.
Thomas
Friend
June 1, 2020 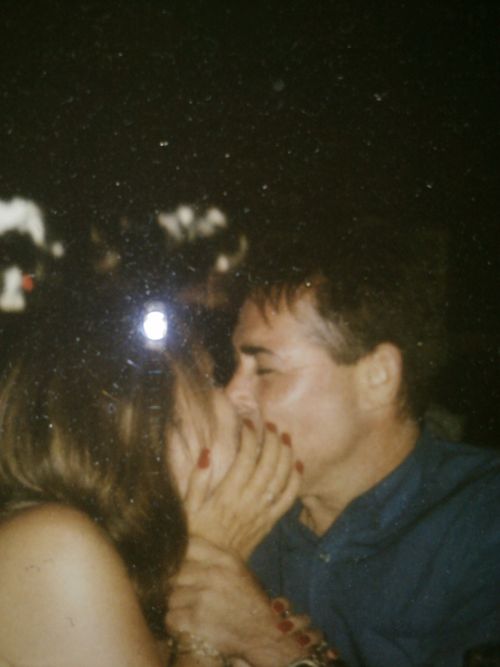 My condolences to you Maria. RIP Barry. I will also share a picture. This was taking at the sport bar on Feb 2020 (super bowl). We had so much fun. Even thou the team we pick lost. Maria, he will always bring you and no one else. I know you are hurting and I am here for you. YOU ARE HIS ONLY SIGNIFICANT OTHER! I saw the urn you bought for Barry and you kept it near you bedside. I know he will be watching over you and his family.
Ray
Friend
June 1, 2020 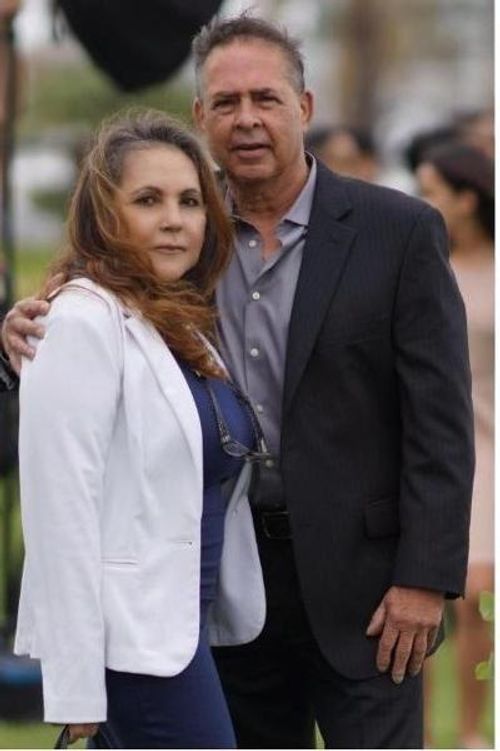 RIP Barry. May God bless you and your family. My condolences to you Maria. You are is significant other and only you. Sharing a picture of both of you guys at my wedding Nov 2019. I feel for you that you had to find him. Remember he loved you and we are here for you!
Mr and Mrs Blake
Friend
June 1, 2020 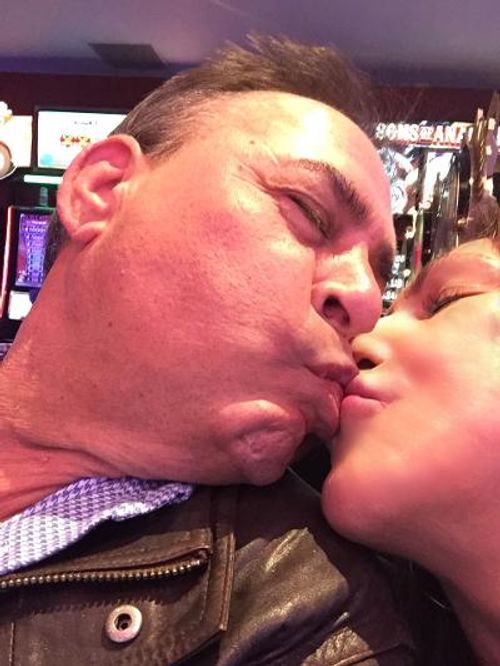 RIP Barry. You will be missed. My condolences to you Maria. I know he loved you and care about you. I want to share a picture of you and Barry that I took of you guys in Vegas Jan 2020. To show you he loved YOU.
Jim
Friend
May 31, 2020 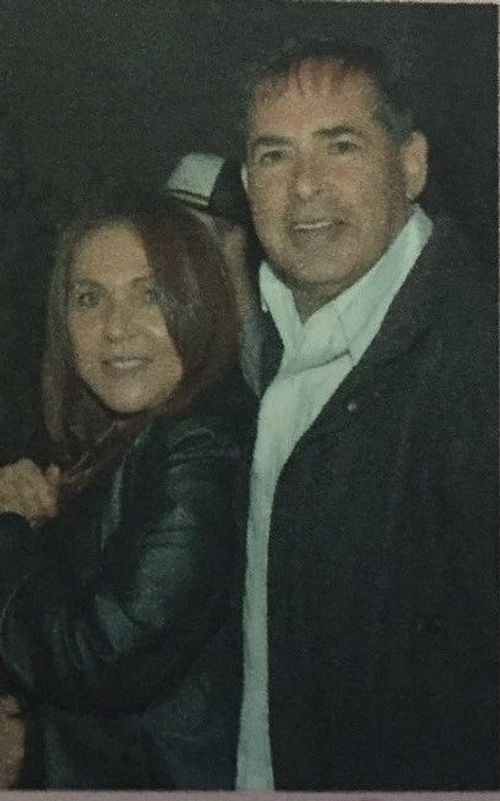 Sending hugs and best wishes during this difficult time Maria. Found a picture of Barry and you that was taking at my house party in December 2019. We know Barry is watching over you and he loved you so much.
RIP Barry. Mark and Linda.
Mark and Linda
Friend
May 31, 2020
Baby Bear,
Thank you for loving me so much with all your heart. You will always be in mine. Thanks for all the belly laughs we had together and the fun times we spent together. R.I.P. Love you forever....