Beverly Brumm FREDONIA, WIS.- Ms. Beverly Brumm, of Riverview Trail Road in Fredonia, Wis., formerly of New Paltz, passed away at Milan Estates in Saukville, Wis., early Tuesday morning, Dec. 3, 2013, following a courageous battle with breast cancer. She was 76 years old. Beverly was born in Milwaukee, Wis. on July 3, 1937, daughter of Arnold and Florence Swanson Brumm. She graduated from Divine Savior High School in Milwaukee, Wis. and went on to earn her BA in English from Webster College, MFA in directing from Yale University and finally her Ph.D in Drama from New York University. Beverly resided in New Paltz where she taught Drama in the Theatre Department at SUNY for over 27 years. She directed over 90 plays in various venues such as Chicago, Santa Fe, Northampton, New York City and the Hudson Valley before she retired. In 2011 she moved to Fredonia to be near her family. Beverly was an avid reader. She was a huge theatre buff and loved to travel. Ms. Brumm is survived by her brothers, Larry (Sue) Brumm of Fredonia, Wis. and Robert (Karen) Brumm of Pigeon Forge, Tenn and seven nieces and nephews: Jennifer (Peter) Maciejewski, David (Christy Deysher) Brumm, Michael (Nikki Zellner) Brumm, Lauren (John) Kramer, Connie (Tim) Michael, Kathy (Scott) Hansen and Robert (Tammy) Brumm. She is further survived by ten great-nieces and –nephews: Myles, Quinn, Alexis, Nicholas, Katelyn, Lucas, Leah, Bryce, Keegan and Holden; as well as her beloved canine companion, Wilson; other relatives and many friends and former students. A Gathering for the Celebration of Beverly’s Life will be held on Tuesday, Dec. 10th, 2013 from 5 to 9 p.m. at Harvey’s Central Grille, 1340 W. Town Square Road in Mequon. A special Memory Sharing will take place at 7 p.m. In lieu of flowers, memorials are suggested to the Beverly Brumm Scholarship at SUNY New Paltz Theatre Department, 1 Hawk Drive, New Paltz, N.Y., 12561. The Eernisse Funeral Home is assisting the family with arrangements. Online condolences may be left at www.eernissefu neralhome.com
Published by the Daily Freeman from Dec. 5 to Dec. 6, 2013.
To plant trees in memory, please visit our Sympathy Store.
MEMORIAL EVENTS
Dec
10
Celebration of Life
5:00p.m. - 9:00p.m.
Harvey's Central Grille
1340 W. Town Square Rd, Mequon, WI
MAKE A DONATION
MEMORIES & CONDOLENCES
3 Entries 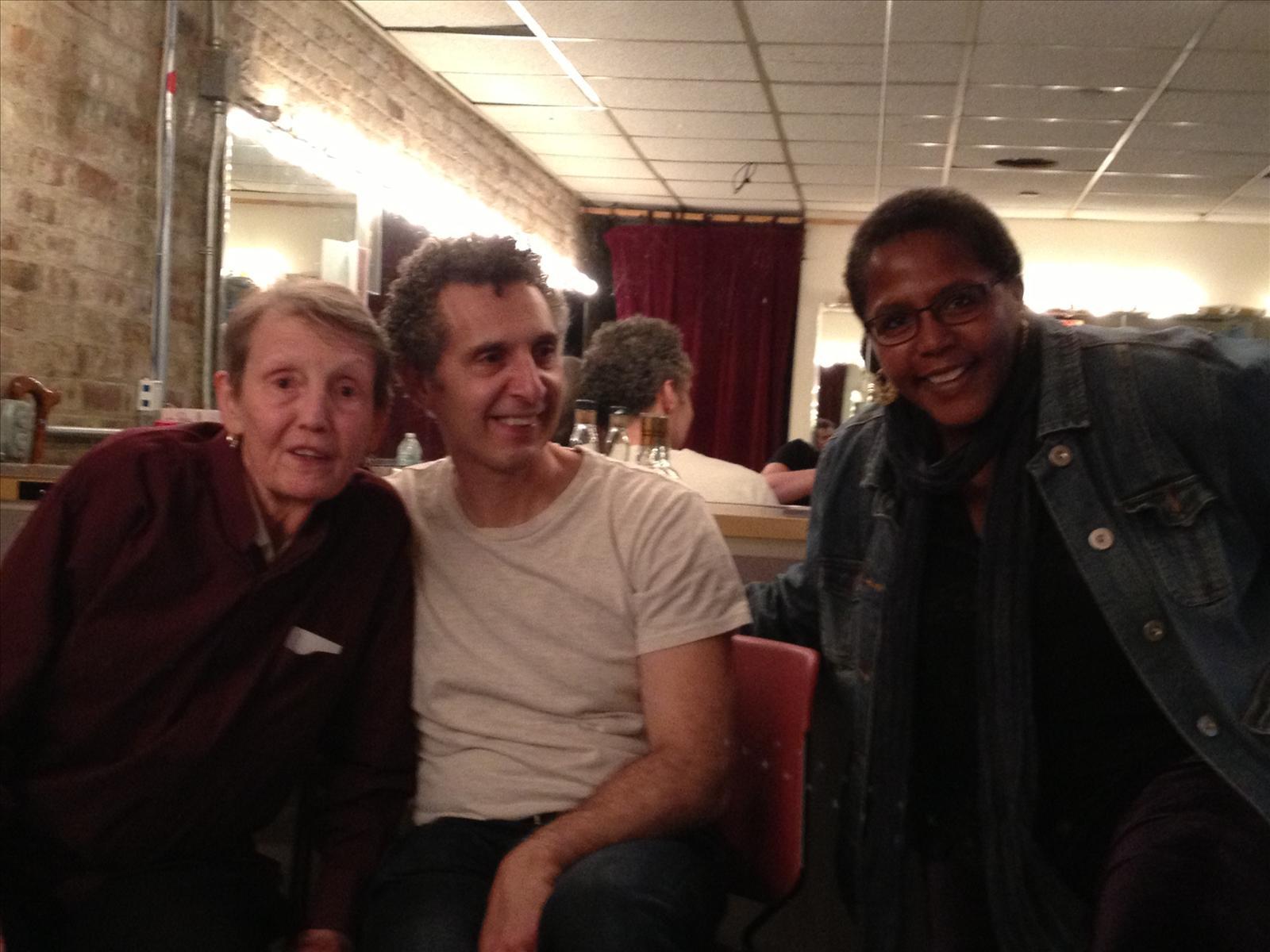 My sincere condolences to all of Beverly's many friends and relatives. She is the person who most influenced the direction of my life course and for that I am forever GRATEFUL. She was an extraordinary artist, scholar, and teacher. I traveled with her all over Italy in 2000 when we were roommates at La Mama Umbria. Having Ellen Stewart and Beverly in the same proximity was mind blowing and indelibly inspirational. I am so glad I was able to spend some time with her at the theatre last May/June when she was in New York. We'd gone to see her most accomplished student, John Turturro in the Master Builder at BAM. It was such a special event. I will miss her dearly.

Peace and Blessings!
Kym
Kym Moore
April 23, 2014
Dear Beverly's Family: I met Beverly in Cancer Support. I always looked forward to her insightful comments and honesty. Although she was so sick, she shared a smile and upbeat line to share. I helped her move and when she visited CS again w/her new little buddy, she was so brave. Good example for me to have courage to find out the last great mystery!

Lyn Van Wert
Lake Katrine, NY
January 21, 2014
I can't imagine myself without having met you Beverly, you have shaped my life so indelibly. For "love is rare and life is strange..." My condolences to Bev's family, students, friends. What an amazing woman.
terry strother
December 5, 2013
Showing 1 - 3 of 3 results