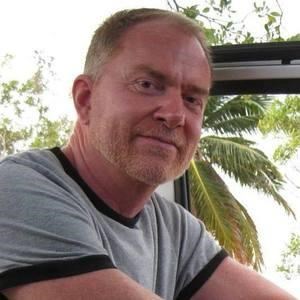 BORN
1953
DIED
2021
ABOUT
Saugerties High School
NEW YORK, N.Y.- Dr. Bruce Kellerhouse, an internationally recognized psychologist, educator and researcher whose professional activities focused on the unique needs and concerns of HIV-positive and negative gay men, died Dec. 14, 2020, in New York City of complications related to ALS. He was 67. Born on May 19, 1953, in Poughkeepsie, N.Y., Dr Kellerhouse graduated from Saugerties High School in 1971, then graduated from SUNY at Albany with degrees in English and theater education, then earned an MFA in theater education from Trinity University in Dallas, Texas. He returned to New York, where he was the director of special events at the South Street Seaport before turning to counseling psychology. He began his graduate studies at NYU in 1989, receiving his PhD in 1996, and maintaining an independent psychotherapy practice from 1998 on. Friends and family remember Bruce as a compassionate, generous, and kind person, with a wry sense of humor, a love of travel, and a “take-charge” attitude. In addition to his many professional achievements, Bruce was known for his love of the arts and of singing, and for his clear, sweet Irish tenor voice. Survivors include his mother, Joan Cramer, and sister, Devora Fleshler, both of Portland, Ore.; nieces Shoshana Fleshler of Prescott, Ariz., Julia Tzarfati, Israel, and Eva Edleson, Eugene, Ore.; and many beloved friends and acquaintances. He was predeceased by his father, Bob Kellerhouse, of Croton-on-Hudson, N.Y., and nephew, Yefim Fleshler, of Portland, Ore. Memorial donations may be made to The ALS Association, http://www.als-ny.org http://www.lastingmemories.com/dr-bruce-kellerhouse
Published by the Daily Freeman from Mar. 19 to Mar. 21, 2021.
To plant trees in memory, please visit the Sympathy Store.
MEMORIAL EVENTS
To offer your sympathy during this difficult time, you can now have memorial trees planted in a National Forest in memory of your loved one.
MAKE A DONATION
MEMORIES & CONDOLENCES
Sponsored by dailyfreeman.com.
3 Entries
I am devastated. Bruce and I were close though we lived at a distance. He would visit me in the various places I lived, especially New York City (where we met in 1980) and Key West. Bruce and I met in the summer of that year (we were next door neighbors in our Fire Island rentals and became fast and dear friends. Bruce and I used to tease each other, because he was exactly one day older than me, which I never let him forget. He used to call me "Peoria," referring to my hometown of Peoria, IL. My husband and I relocated to New York in October of 2019, but we had not yet seen each other since the move. I wrote to him a few times, but mysteriously, he did not respond. Today, I went to search for the address of his practice and saw this notice instead. I am heartbroken. An important part of my life is now gone, only a memory. My deepest condolences to Bruce's family, especially Devora, whom we spoke about often. May God be with you all, as I'm certain difficult days still consume you. My best to you, and please be in touch if there's anything I can do to reduce your sorrow.
Joe McMurray
Friend
May 24, 2021
Grief can be so hard, but our special memories help us cope. Remembering your loved one today and always. Please except my warmest condolences.
Simone Taylor
March 26, 2021
I just heard the horrible news about you my beautiful friend Bruce. I was so fortunate to be around you. You taught me so much about life. You were brilliant! It was truly a privilege to work with you. Bruce, you were truly a gift to me and I am heart broken. You were the kind of friend that even though we didn't talk often, when we did, we could laugh forever together. I am so sorry, i didn't know you were sick. I would have been there for you. You were so private, yet so special. I will miss our shopping dates, your voice and your friendship.
Marci Kleinberg-Bandelli
Friend
March 25, 2021
Showing 1 - 3 of 3 results