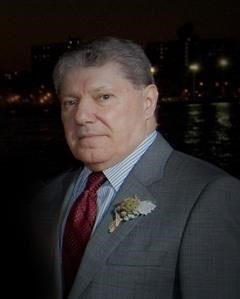 ABOUT
Saugerties High School
KINGSTON- Carl Albert Rea, Jr. (COL) Retired U.S. Army, passed away on October 10, 2020, at the Sitter & Barfoot Veterans Care Center in Richmond, Va. He was 75 years old. Born in Kingston, New York, Carl was the son of Louise and Carl Rea, Sr. After graduating from Saugerties High School, Carl moved to New York City where he attended Parsons School of Design. Soon after he graduated, he was drafted into the Army and sent to Fort Dix, N.J. for basic training. He was accepted into Officer Candidate School, where he graduated at the top of his class. Carl then attended Ranger School and Airborne School and became an officer in the 173rd Airborne Brigade. He served in Vietnam from October 1968 to November 1969. For his combat service in Vietnam, he was awarded the BronzeStar with V device for valor with three oak clusters, the Purple Heart, and the Combat Infantryman Badge. After he returned home, Carl continued his career in the Army, serving in multiple assignments of increasing responsibility, culminating in duty in the Pentagon. He was privileged to serve on both the Headquarters, U.S. Army General Staff, and on the Secretary of the Army's Staff. Carl attended the U.S. Army War College, where he earned a master's degree in Strategic Studies. While serving, he enjoyed rifle marksmanship and was a member of the President's 100 Rifle Club. Among other decorations, Carl was a two-time recipient of the Legion of Merit. He retired from active duty after 20 years of service and then became a Defense Contractor as CEO of his own firm. Carl spent the last active years of his life working with the Wounded Warrior Project, helping combat veterans return to normal life after spending months or years in rehabilitation. Carl was preceded in death by his parents and his twin brother, Gerrard. He is survived by wife, Michele; his son Alexander (Nicole) and grandson Elliott; his daughter Nicole Walker (Matt) and granddaughters Madison and Peyton; his sister, Maria Bogart (LTC) retired USAF, and niece Kathleen Bogart (SFC) retired USA (Diane). Carl will be fondly remembered by many friends and colleagues. His Military Funeral Honors will be held in 2021 at Arlington National Cemetery in Arlington, Va. The family will inform everyone of the date and time. In lieu of flowers, please make a donation in Carl’s memory to the Wounded Warrior Project. http://www.lastingmemories.com/carl-albert-rea-jr
Published by the Daily Freeman from Oct. 16 to Oct. 18, 2020.
To plant trees in memory, please visit the Sympathy Store.
MEMORIAL EVENTS
To offer your sympathy during this difficult time, you can now have memorial trees planted in a National Forest in memory of your loved one.
MAKE A DONATION
Please consider a donation as requested by the family.
MEMORIES & CONDOLENCES
Sponsored by dailyfreeman.com.
2 Entries
May your hearts soon be filled with wonderful memories of joyful times together as you celebrate a life well lived.
CATHY WHITAKER
Coworker
October 28, 2020
Carl was a good man. I knew Carl in high school, Saugerties, NY, though he was a couple years ahead of me. Carl was in my wife's high school class. When I was about to graduate Army Officer Candidate School, my class went over to the new incoming class of candidates to "shape them up." I was surprised to find Carl in that new class of candidates. I'd like to think I helped him a little to get started on his military journey, and am gratified to see that he served well. I was in Nam, serving as a helicopter pilot, about the same time as Carl, but never ran into him again.

My wife Pam and I donate regularly to the Wounded Warriors.

God bless Carl's family and the families of all our warriors, past and present.
Mike Suenram
Friend
October 20, 2020
Showing 1 - 2 of 2 results