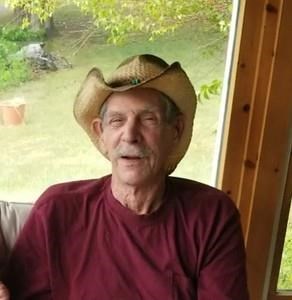 BORN
1944
DIED
2021
FUNERAL HOME
Loucks Funeral Home Inc
79 N Main St
Ellenville, NY
Clemence D. Stanton, born March 19, 1944 in Newark, New Jersey, passed away at home in Napanoch, NY on October 13, 2021. Stanley, as he was affectionately known lived his life to the fullest. He served his country as a pilot in the Air Force during the time of Vietnam. Among many of his hobbies he loved to fly, hunt, fish, race his Corvette and play in the dirt with his “man-sized tonka toys” as his mother called them. Stan was also a self-taught engineer who loved being his own boss. Stan is survived by his cat Cindy, his son Mark Stanton from Connecticut, his daughter Laureen Teasdale and her husband Jonathan from Napanoch, 4 grandchildren and 4 great grandchildren. He was predeceased by his parents Clemence and Laureen Stanton and his sister Maureen McHugh Stanton. A memorial service will be held for him (and his mom who passed away June 22, 2020) on Sunday, October 24th from 12:00 to 3:00 PM at Loucks Funeral Home in Ellenville, NY. In lieu of flowers donations may be made in Stan’s name to the Napanoch Elks club. Personal condolences can be left for Stan’s family at www.loucksfh.com https://www.lastingmemories.com/clemence-stanton
Published by the Daily Freeman from Oct. 20 to Oct. 21, 2021.
To plant trees in memory, please visit the Sympathy Store.
MEMORIAL EVENTS
Oct
24
Memorial service
12:00p.m. - 3:00p.m.
Loucks Funeral Home Inc
79 N Main St, Ellenville, NY
Funeral services provided by:
Loucks Funeral Home Inc
MAKE A DONATION
MEMORIES & CONDOLENCES
Sponsored by dailyfreeman.com.
0 Entries
Be the first to post a memory or condolences.